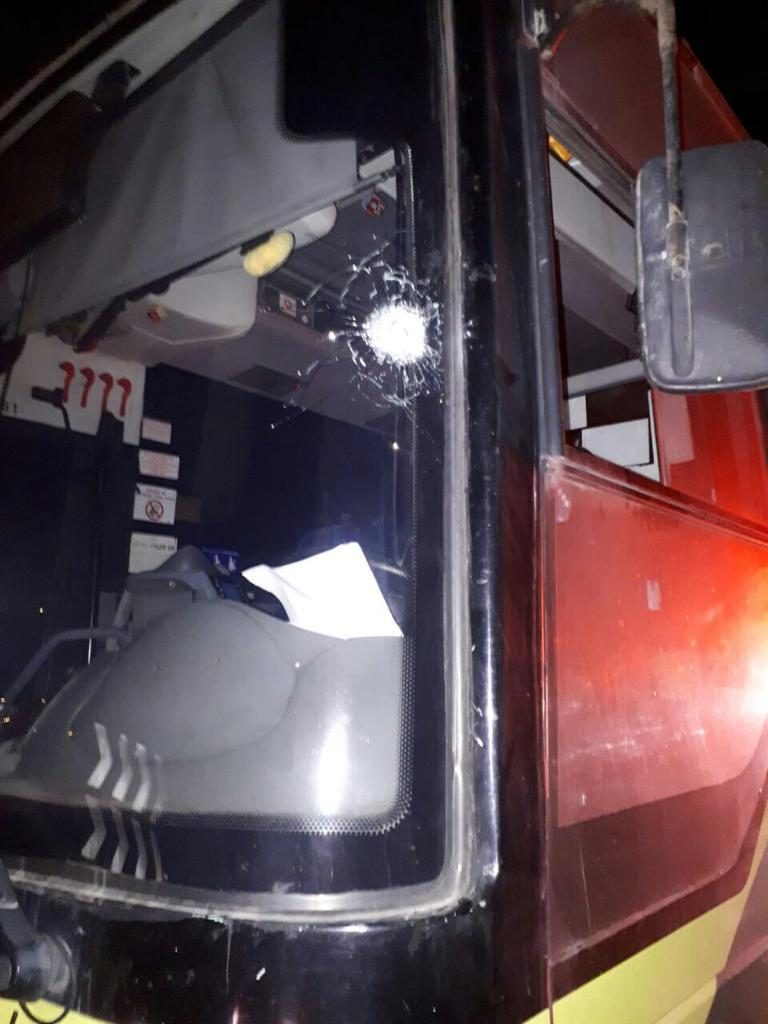 A bus traveling on Route 466 between the Beit El settlement and Focus checkpoint was hit by sniper fire, which damaged the front windows of the vehicle, causing minor injuries to the driver and one passenger. The driver contacted the authorities immediately, and paramedics dispatched by Magen Dovid Adom administered medical treatment and transported the injured to Hadassah-Har Tzofim Medical Center.
The 30-year-old driver and the 36-year-old passenger suffered cuts to their arms and hands from the glass that was shattered by the bullets. They are expected to be released shortly.

IDF launched an investigation to find the perpetrators of this terrorist attack.