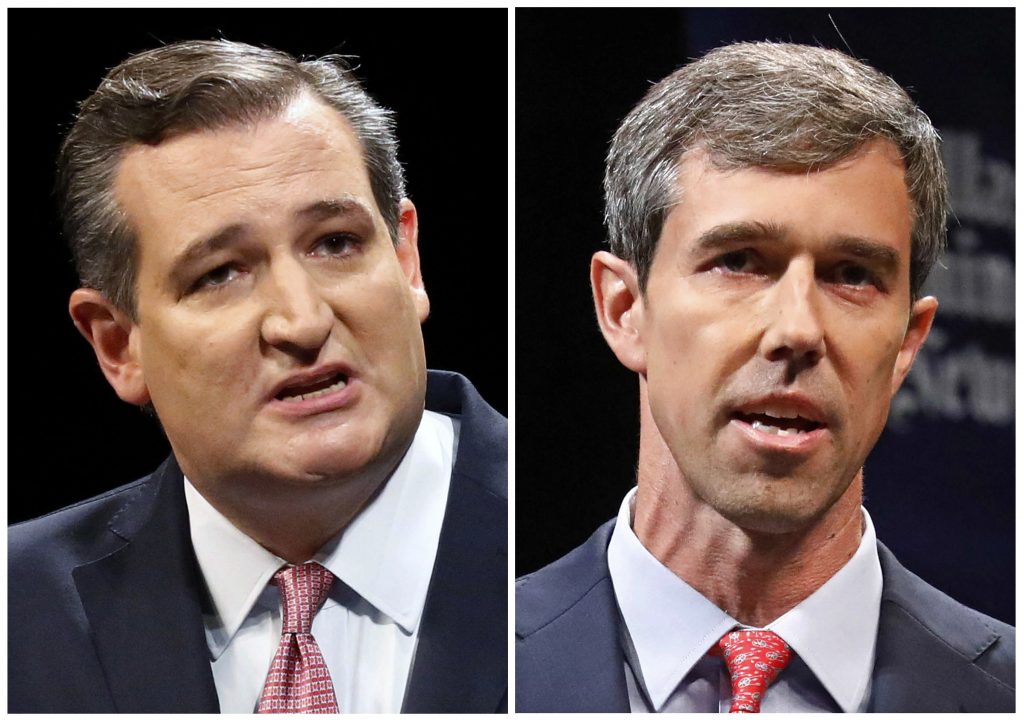 Republicans have a huge advantage as they seek to hold or expand their 51-49 Senate majority, with the battle for control running mostly through states that President Donald Trump won in 2016.
Out of the 35 Senate contests taking place Tuesday, 10 involve Democratic incumbents seeking re-election in states that Mr. Trump won, often handily. He’s spending much of the final week before the election traveling to those states in the hope that it will nudge his supporters to the polls.

Meanwhile, Democratic hopes of taking the Senate hinge on nearly all of their incumbents winning, a difficult task, and on flipping seats in a few states that lean Republican, most notably Arizona, Tennessee and Texas.

Key races to watch for those keeping score, listed in order of poll-closing times:

Democratic Sen. Robert Menendez is facing a tough re-election fight, and it has nothing to do with Mr. Trump. Rather, allegations of corruption have alienated some New Jersey voters. His bribery trial ended last year with a hung jury. Prosecutors decided not to retry the case, but the Senate Ethics Committee followed up with a report that said his actions advancing the personal and business interests of a top donor “reflected discredit upon the Senate.”

Democratic groups have spent millions in the state to boost Menendez in his race against Republican Bob Hugin, a former pharmaceutical executive who has tapped his own wallet for $24 million to finance a TV-ad-heavy campaign.

Democrats have more than 900,000 additional registered voters than Republicans in New Jersey, and Mr. Trump’s low ratings in the Garden State could give Menendez a boost.

Democratic Sen. Bill Nelson is seeking a fourth term in the race against Republican Gov. Rick Scott. Scott has spent millions of dollars out of his own personal fortune to help fund his campaign. He has said that he would work to cut taxes and regulation if sent to Washington.

The two have clashed sharply on gun violence, a big issue in Florida following the February shootings at Marjory Stoneman Douglas High School. Nelson has stressed that he favors a ban on military-style assault weapons and implementing a comprehensive system of background checks. Scott signed legislation in Florida that requires anyone wanting to buy a gun to be 21 years old, but the bill didn’t include a ban on assault weapons.

The two have also differed on health care, with Nelson calling for strengthening the Affordable Care Act, but Scott calling the law deeply flawed and costly.

Republican Sen. Ted Cruz is seeking a second term against Democratic Rep. Beto O’Rourke, a rising star in the Democratic Party who has shattered Senate campaign fundraising records despite shunning donations from outside political groups.

O’Rourke is trying to become Texas’ first Democrat to win statewide office since 1994, but faces long odds given the advantage that GOP candidates have in statewide elections.

Cruz has made nice with Mr. Trump despite the ugly words they exchanged during the presidential campaign in 2016. Mr. Trump held a campaign rally for Cruz in Houston, calling the candidate “Beautiful Ted.”

Democratic Sen. Joe Manchin is a former governor in search of a second full Senate term representing a state that supported Mr. Trump by a whopping 42 percentage points in 2016. His opponent is Patrick Morrisey, a two-term state attorney general and staunch Trump supporter.

Manchin has made maintaining health care protections for pre-existing conditions a major focus of his campaign and has hit Morrisey for joining a lawsuit challenging the constitutionality of the Affordable Care Act. He was the only Democrat to have voted for Kavanaugh. He also voted for Mr. Trump’s first Supreme Court nominee, Neil Gorsuch.

Morrisey calls Manchin a liberal who only acts bipartisan around Election Day.

Democratic Sen. Claire McCaskill is running for a third term against state Attorney General Josh Hawley. Mr. Trump won Missouri by nearly 19 percentage points, and the state has shifted from a battleground to strongly Republican in recently elections.

McCaskill is touting herself as a moderate: “Claire’s not one of those crazy Democrats. She works right in the middle and finds compromise,” says one of her recent radio ads.

Hawley has tried to cast McCaskill as a “party-line liberal.”

The candidates have also tangled over Hawley joining a lawsuit filed by a group of Republican attorneys general to overturn the Affordable Care Act.

Mr. Trump has traveled several times to Missouri to campaign for Hawley, repeatedly describing the state’s 38-year-old attorney general as a “star.”

Democratic Sen. Heidi Heitkamp is trying to fend off a strong challenge from Republican Rep. Kevin Cramer in a state Mr. Trump won by 36 percentage points.

Heitkamp has sought to draw differences with Cramer on health care and trade. She says she is working to improve the Affordable Care Act while he’s been working to eliminate it. Cramer has argued that President Donald Trump’s approach on trade must be given time to work.

Heitkamp’s campaign stumbled when it identified victims of domestic violence in an ad. Heitkamp apologized after she learned that several of the people named in the newspaper ad either hadn’t authorized being named or are not survivors of abuse.

Mr. Trump has invested heavily in the race with four trips to a state he won by more than 20 percentage points. Rosendale has returned the admiration, describing himself as a Trump conservative.

Facing all the GOP’s firepower, Tester has stuck with the populist approach that worked for him in his 2006 and 2012 elections, highlighting his life as a grain farmer and even the three fingers he lost as a child in a meat grinder.