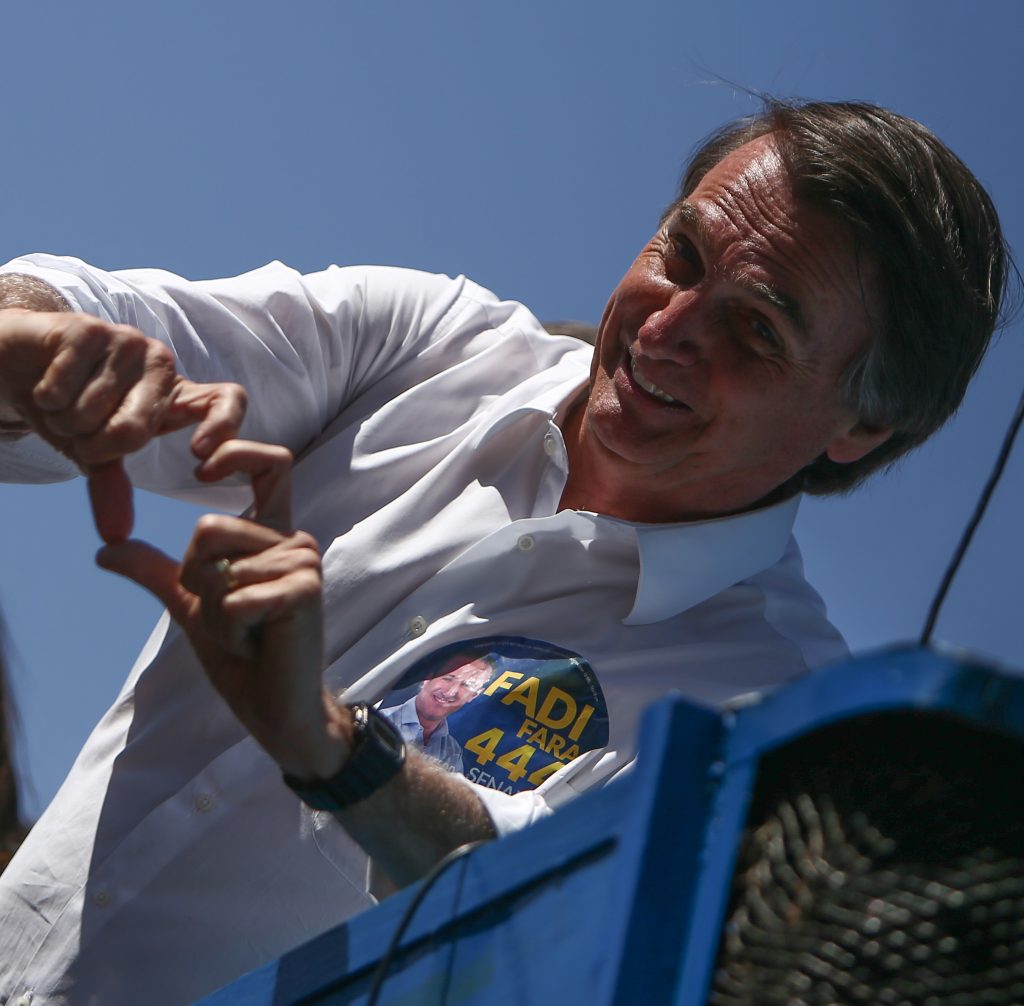 Brazilian President-elect Jair Bolsonaro, who is known for his far-right views, has told an Israeli newspaper that he hopes to move Brazil’s embassy in Israel from Tel Aviv to Yerushalayim after taking office.

“Israel is a sovereign state. If you decide on your capital city, we will act in accordance,” he told Israel Hayom, a conservative newspaper, in his first foreign media interview since the election last weekend. “When I was asked during the campaign if I’ll do it when I was president, I said yes.”

If Brazil were to move its embassy to Yerushalayim, it would be following the policy of the Trump administration, which recognized Yerushalayim as the Israeli capital last year and moved the U.S. Embassy from Tel Aviv in May.

Yerushalayim is a contested city. Palestinians consider the eastern portion of Yerushalayim, captured by Israel in the 1967 Six-Day War, the capital of their hoped-for future independent state. Palestinian officials have refused to engage with their U.S. counterparts since the U.S. Embassy move.

Only Guatemala and Paraguay have followed the U.S. lead (though Paraguay later reversed its decision). A number of countries, including Australia, have suggested they might move their embassy in the future, however.

Brazil and Israel have a long diplomatic history dating to the very founding of the state of Israel, and Brazil has a sizable population of Jews, many of whom descend from refugees from Europe in the mid-20th century.

However, in more recent years, the two nations have had a sometimes-fraught relationship. In 2014, after Brazil condemned the “disproportionate” use of force by Israel in the Gaza Strip and recalled its ambassador, an Israeli Foreign Ministry spokesman called Brazil a “diplomatic dwarf” and an “irrelevant diplomatic partner.”

Bolsonaro, a 27-year congressman with few legislative achievements who overcame chaos within Brazil’s political establishment to win the presidency, will take office Jan. 1. He has indicated frequently that he hopes for a closer relationship with Israel.

The feeling may be mutual. Israeli Prime Minister Binyamin Netanyahu tweeted that he had congratulated Bolsonaro on his election victory. The Israeli leader is widely expected to attend Bolsonaro’s inauguration next year. Bolsonaro is also expected to make Israel his first foreign trip.

In his interview with Israel Hayom, Bolsonaro pledged to support Israel on the international stage. “Rest assured that you can depend on our vote in the U.N. on almost all the issues having to do with Israel,” he said.

The Palestinian Embassy is less than two miles from Planalto Palace, Brazil’s government headquarters. Under the government of Luiz Inácio Lula da Silva, Brazil recognized a sovereign Palestinian state — something Bolsonaro has previously suggested he is against, comparing it to negotiating with terrorists.

“Palestine first needs to be a state to have the right to an embassy,” he told Israel Hayom.

Bolsonaro has been a polarizing figure at home and has a long history of controversial comments. He has frequently extolled the military dictatorship that ruled Brazil between 1964 and 1985. Many critics have suggested his country does not have the clout, however, to pursue the kind of aggressive foreign policy practiced by the United States under President Trump.

“It would be throwing away $6 billion per year in poultry sales to Arab countries,” Rubens Barbosa, a former Brazilian ambassador to Washington, said of the proposal to move the embassy in Israel, according to the Associated Press.