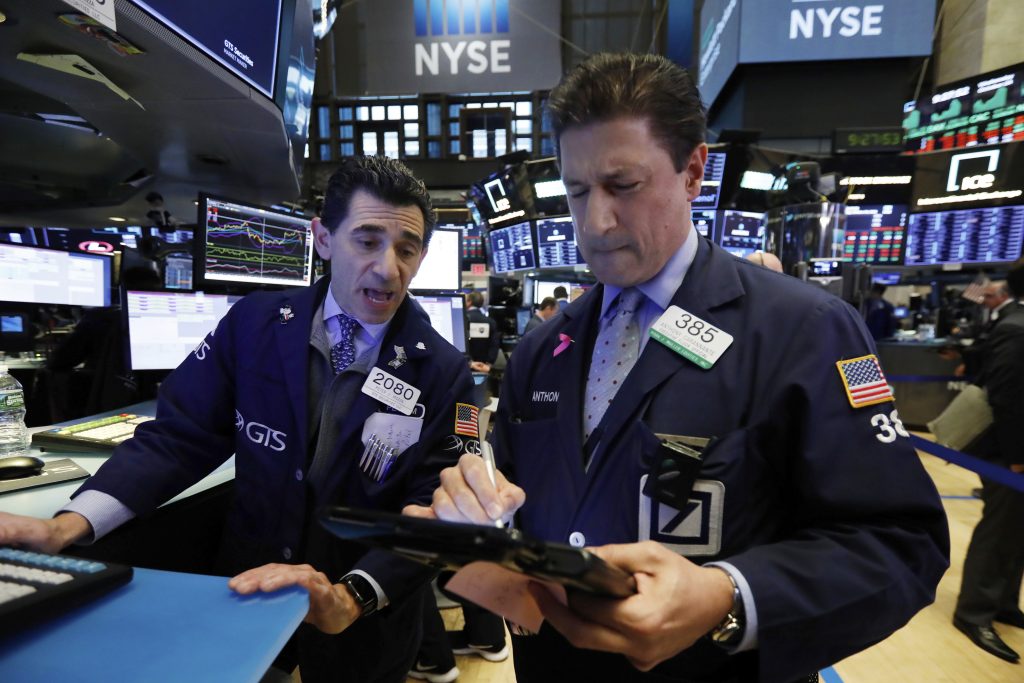 European stocks fell following a report that the region’s economy slowed down in the third quarter.

Stocks started Monday with strong gains, but those gradually faded and the market wound up with more losses after Bloomberg News reported that the Trump administration could announce tariffs on all remaining U.S. imports from China in early December if the two countries don’t make progress in trade talks.

THE QUOTE: Corporate earnings are up about 20 percent this year as the U.S. economy gains strength and corporate taxes come down after last year’s tax cut. Analysts expect company profits to keep growing in 2019, but at a slower pace. Julian Emanuel, chief equity and derivative strategist for BTIG, said investors are worried about two things that could slow the economy further: the U.S.-China trade dispute, and the Federal Reserve raising interest rates.

“All of this fear about growth is being traded on something we don’t see in the statistics right now,” he said. “You factually don’t have signs of an economic slowdown yet.”

HOW SWEET IT IS: Mondelez gained 4.7 percent to $42 after its third-quarter profit surpassed analysts’ projections. The maker of Oreo cookies, Cadbury chocolate and Trident gum made up for some of its losses earlier this year.

The S&P 500’s index of utilities has climbed almost 3 percent over the last month and household goods makers are up 2.5 percent. The broader S&P 500 has tumbled 9 percent over the same time.

GE GETS SHOCKED: General Electric cut its dividend again. The company had halved its dividend to 12 cents from 24 cents in December, and cut it to 1 cent Tuesday. The struggling industrial giant also said the Justice Department has opened a criminal investigation into a $22 billion charge it booked to its power business this year. Securities regulators were also conducting a civil probe.

RESET: Take-Two Interactive soared 9.6 percent to $122.43 after it said its new game brought in $725 million in retail sales over its first three days. The stock also surged Thursday, the day of the game’s release, but Take-Two shares are sharply lower this month as technology companies have been punished.

FAVORITES FALLEN: Stocks have taken steep losses this month, and some of the worst losses were sustained by longtime market favorites that had soared in recent months. Amazon has plunged 24 percent this month and Netflix is down 23 percent. But those companies had more to lose than many others did: Amazon is still up 295 percent this year, and Netflix has climbed 45 percent.

OVERSEAS: The economy of the 19-country eurozone unexpectedly slowed in the third quarter. It expanded by 0.2 percent in the July-September period, which fell short of analyst forecasts.

Experts say Europe was hurt by one-time factors like new emissions standards for cars, so growth is likely to pick up again. But they say it’s unlikely to match last year’s strong performance as the region faces issues like Britain’s departure from the EU, trade disputes and a clash with Italy over that country’s budget.