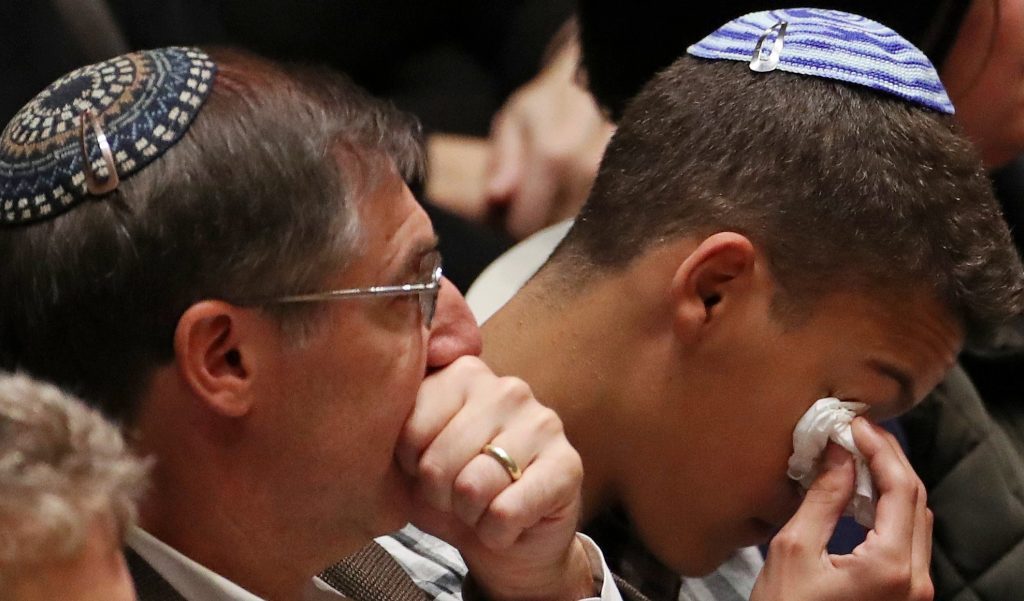 On November 10, 1938 — an infamous night known to history as “Kristallnacht” — a wave of Nazi-orchestrated, pre-planned deadly riots and arson attacks against Jews took place against Jews throughout Germany and Austria. The pre-eminent historian Martin Gilbert describes how in the ancient German city of Worms, Herta Mansbacher, the assistant principal of the Jewish school, was among those who managed to put out the raging fire that had been lit in one of the synagogues, but a gang of louts soon arrived to light it again.

In a gesture of defiance, she barred the entryway. “As much as they sought to put a Jewish house of worship to the torch,” Henry Huttenbach, the historian of Worms Jewry wrote, “she was equally willing to stop them, even at the risk of her life.” Herta Mansbacher was eventually pushed aside, and the building was among the 1,400 shuls that were set on fire and burned to the ground. Elsewhere in the same city, another, much older beis medrash suffered the same fate. That had been founded in 1014 and enlarged in 1705; it was where Rashi had studied 883 years earlier.

Herta Mansbacher lived on in Worms for another three- and-a-half years, until the deportation of the city’s surviving Jews on March 20, 1942, eastward, across German-occupied Poland, and to the death camp at Belzec, where she was killed al-Kiddush Hashem.

On Shabbos, October 27, 2018, eighty years short two weeks after Kristallnacht, a murderer came into the Jewish Tree of Life Congregation in Pittsburgh, Pennsylvania, because, as he said, “he wanted to kill Jews.”

He opened fire and killed 11 Jews, Hy”d. The oldest was Rose Mallinger, age 97. A kind woman, she acted much younger than her age. She was murdered only because she was a Jew.

The same, of course, applies to all the other victims.

The youngest were two brothers. Cecil and David Rosenthal, 59 and 54, Hy”d.

They were murdered because they were Jews.

The fact that it happened on Shabbos and outside of Pittsburgh, and that Jews learned about it only after Shabbos, did not minimize the pain, the shock, the disbelief that such a thing can happen “here in America.”

The bone-chilling realization that, in reality, we are all vulnerable.

Yes, it’s true that the president and elected officials shared with the nation their sympathy, concern, support and anger, and we are grateful.

But, we know the truth.

While we should support any effort to increase security in our community as a requisite hishtadlus, our reaction cannot consist of only calling for guards in front of our shuls or schools. A red line was crossed, a bloody one.

And we must recognize it.

The topic of the rise of anti-Semitism here in the United States is a complex one. For much of our community, especially among the younger members, it isn’t much of an issue.

Granted, Jewish students on college campuses are feeling it. But for the most part, our community does not attend these colleges.

It is true that only the other week, a Church Ave. Car Service driver was charged with a hate crime after he viciously beat an elderly Jew in the heart of Boro Park. But, baruch Hashem, the victim wasn’t seriously hurt, and that incident was seen as anomaly.

Are we forgetting the fact that we are Yidden in galus? Are we living in our own bubble, and in the process missing out on properly fulfilling our role and unique mission?

Hashem sent us a most powerful and most painful wake-up call. One that must not be ignored.

As we mourn for the Jews killed in Pittsburg only because they were Jews, let us do our utmost to figure out the message we ae being sent.

It is up to each and every one of us to internalize words spoken to Yonah by the captain of the ship that was about to capsize in a devastating storm: “How can you sleep so soundly? Arise! Call to your G-d!”