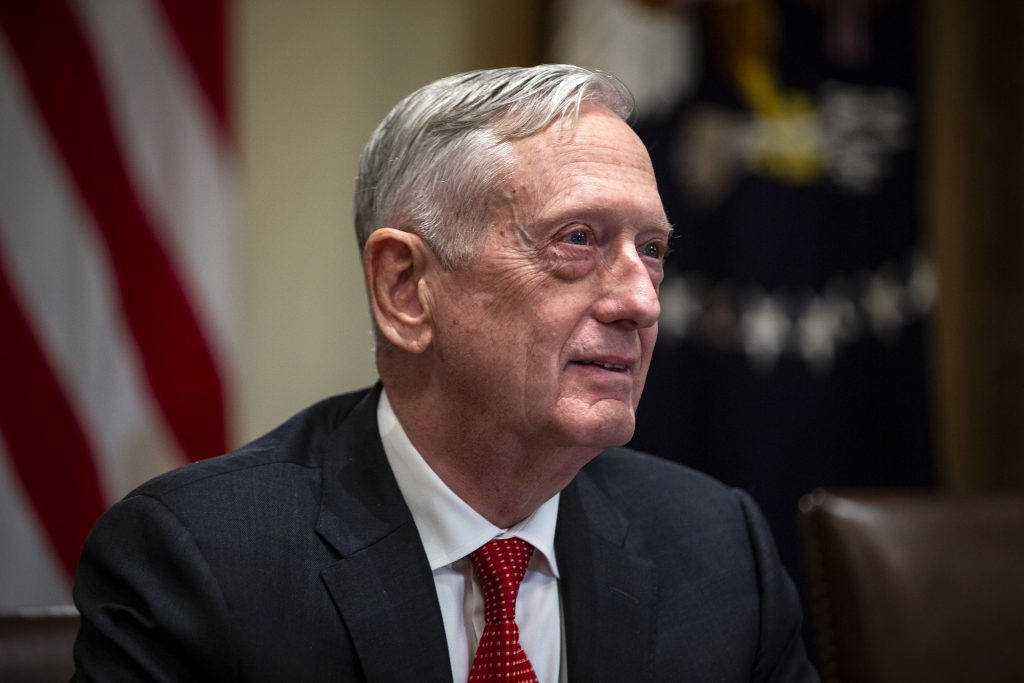 Defense Secretary Jim Mattis said he received assurances from Saudi Arabia’s top diplomat that the kingdom would conduct a full and complete investigation into the slaying of Saudi journalist and dissident Jamal Khashoggi.

Mattis met Saudi Foreign Minister Adel al-Jubeir over lunch Saturday at a security conference in Bahrain. Their discussion came after Mattis condemned Khashoggi’s killing during a speech at the event and warned that such extralegal behavior by nations risked destabilizing the Middle East.

“We discussed it,” Mattis said, recounting the conversation with Jubeir on Sunday while traveling to the Czech Republic. Their discussion, Mattis said, underscored “the need for transparency, a full and complete investigation.”

“He said, ‘We need to know what happened.’ It was very collaborative, in agreement,” Mattis added.

The lunchtime discussion came after Jubeir called the global reaction to Khashoggi’s killing “fairly hysterical” in response to questions about the murder at the security conference. The top Saudi diplomat suggested people were jumping to conclusions about guilt before Riyadh had finished its investigation.

“We will know the truth,” Jubeir said. “We will hold those responsible accountable. And we will put in place mechanisms to prevent it from happening again.”

Khashoggi, a critic of the Saudi government who had fled the kingdom and taken up residency in the United States, entered the Saudi Consulate in Istanbul on Oct. 2 to retrieve paperwork that he needed to marry his Turkish fiancée.

Turkish officials say a “hit squad” of Saudi agents dispatched from the gulf killed Khashoggi in the consulate and dismembered his body before returning to Saudi soil. Turkey says it has secret recordings of the events, which Turkish officials recently played for CIA Director Gina Haspel.

Turkey’s well of information about the killing, which has trickled out in news reports, has put pressure on Saudi Arabia to reveal what its government knew about what appeared to be an extrajudicial state-sanctioned killing.

In particular, the incident has raised questions about whether Saudi Crown Prince Mohammed bin Salman, a target of Khashoggi’s criticism, knew in advance about the gruesome plot.

Riyadh’s shifting explanations about what happened, which President Donald Trump described as the “worst cover-up ever,” have led to serious doubts in the United States and elsewhere about whether Riyadh can conduct a fulsome investigation about an incident that could implicate its leadership.

Asked at a news conference in Prague how a Saudi government investigation could get to the bottom of whether the crown prince was involved in ordering the killing, Mattis emphasized that evidence Turkish authorities have gathered would also be taken into account.

“Turkey, with the evidence that they have compiled, will ensure that there is more than one review of what is going on here,” Mattis said. “I am sure the investigation will include the evidence that Turkey has put forward so far.”

Saudi Arabia’s government initially denied any knowledge of Khashoggi’s disappearance, saying he had left the consulate in Istanbul. The kingdom later said the Saudi journalist and contributing columnist for The Washington Post’s opinions section died accidentally in a brawl with Saudi agents. Days later, Riyadh’s public prosecutor appeared to suggest the killing had been premeditated.

Despite the outcry, Mr. Trump has ruled out cutting off arms deals with Saudi Arabia, the biggest importer of weapons from American defense contractors.

His administration has made the kingdom a linchpin in its strategy in the Middle East, which includes countering Iran, brokering a peace deal between Israel and the Palestinians, and ending the wars in Yemen and Syria.

In response to the killing, Mattis said Saturday, the administration is pursuing “twin imperatives” of “protecting America and holding accountable those responsible for this murder.”