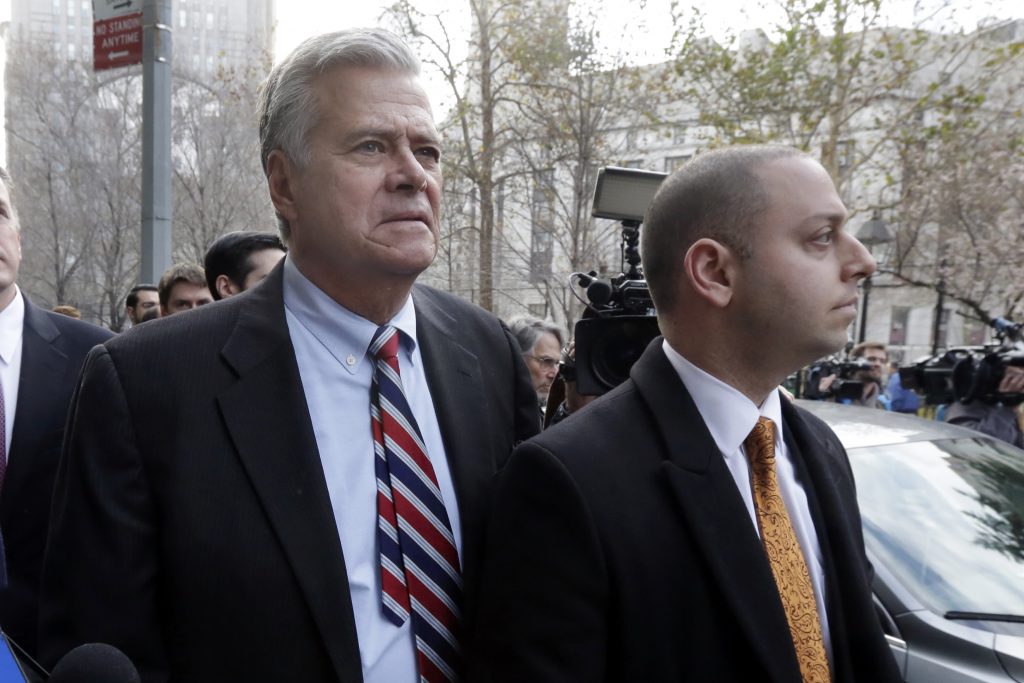 U.S. District Judge Kimba M. Wood announced the penalty for the longtime Republican powerbroker, citing his health challenges at age 70 as reason to reduce his sentence from the five years she gave him at a previous sentencing.

She said she would have given him only four years in prison, but she tacked on three extra months because he lied on the witness stand.

The judge said Skelos had caused “immeasurable damage” to the respect New Yorkers have in their state government, and she cited the need to send a message to other politicians who might contemplate taking advantage of their power to earn illicit income.

Skelos and his son Adam were convicted in July on charges of extortion, wire fraud and bribery. Their first convictions, in 2015, were rejected on appeal after the U.S. Supreme Court narrowed public corruption law.

Prosecutors had urged at least 6½ years in prison for the elder Skelos while his lawyers said he should get no more than two years.

His son Adam was given four years later Wednesday afternoon, less than the 5 1/2 years he got in 2016.

Lawyers said the strain of two trials had caused a rift between the elder Skelos and his son.

Given a chance to speak, Skelos was emotional as he spoke of his son.

“My son Adam, I love him more today than yesterday,” he said. “Although our relationship is strained, I hope it will someday be restored.”

Skelos and his son were arrested in 2015 when prosecutors alleged that the father abused his public office by pressuring businesses that needed state help to give his son no-show jobs if they wanted to retain his political support.

At trial, Skelos testified in his own defense, saying there was never a quid-pro-quo expected when he reached out on behalf of Adam, 36.