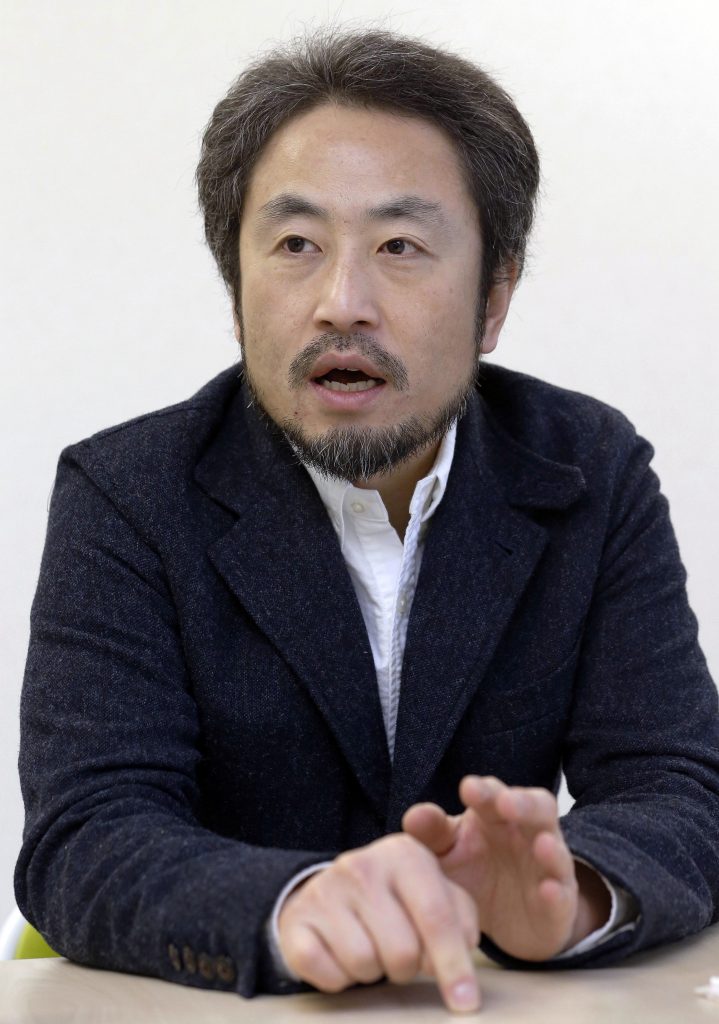 Japan’s government said Tuesday that a man believed to be a Japanese freelance journalist who went missing three years ago while in Syria has been released and is now in Turkey.

Chief Cabinet Secretary Yoshihide Suga told a hastily arranged news conference late Tuesday that Japan was informed by Qatar that the man, believed to be journalist Jumpei Yasuda, has been released.

Yasuda was last heard from in Syria in 2015.

Suga said Qatar’s government told Japanese officials that the man is being protected by the Turkish authorities in Antakya in southern Turkey near its border with Syria and is being identified, and that he most likely is Yasuda.

The government has dispatched Japanese Embassy officials in Turkey to the country’s immigration facility in Antakya. The man released is mentally stable and in good health, Japan’s Kyodo News agency reported.

Yasuda was kidnapped by al-Qaida’s branch in Syria, known at the time as Nusra Front.

Nusra Front later became known as Hayat Tahrir al-Sham, or Levant Liberation Committee. The group handed Yasuda over to the Turkistan Islamic Party, which mostly comprises Chinese jihadis based in Syria, according to Rami Abdurrahman, who heads the Britain-based Syrian Observatory for Human Rights, a war monitor.

Abdurrahman said Yasuda was most recently held in the village of Khirbet el-Joz near the Turkish border by a Syrian commander with the Turkistan Islamic Party, a strong ally of Hayat Tahrir al-Sham, who released him.

Yasuda started reporting on the Middle East in early 2000s. He was taken hostage in Iraq in 2004 with three other Japanese, but was freed after Islamic clerics negotiated his release.

His most recent trip to Syria was in 2015 to report on his journalist friend Kenji Goto, who was taken hostage and killed by the Islamic State group.

Contact was lost with Yasuda after he sent a message to another Japanese freelancer on June 23, 2015. In his last tweet two days earlier, Yasuda said his reporting was often obstructed and that he would stop tweeting his whereabouts and activities.

Several videos showing a man believed to be Yasuda have been released in the past year.

In one video released in July, the bearded man believed to be Yasuda said he was in a harsh environment and needed to be rescued immediately.

Yasuda’s family and friends were delighted by the news of his release.

“I’m so happy, that’s all I can say,” Yasuda’s mother, Sachiko, told Japanese public broadcaster NHK. “I just want to praise him for carrying through.”

Kosuke Tsuneoka, a journalist friend of Yasuda who received his last message before his disappearance, said he felt relieved. “I’m sure he now knows a lot of details about terrorist organizations in Syria, and I hope he tells the world about them as much as he can.”

Syria has been one of the most dangerous places for journalists since the conflict there began in March 2011, with dozens killed or kidnapped.

Several journalists are still missing in Syria and their fate is unknown.

Those missing include Austin Tice of Houston, Texas, who disappeared in August 2012 while covering the conflict, which has killed some 400,000 people. A video released a month later showed him blindfolded and held by armed men. He has not been heard from since.

Another is British photojournalist John Cantlie, who appeared in Islamic State group propaganda videos. Cantlie has worked for several publications, including The Sunday Times, The Sun and The Sunday Telegraph. He was kidnapped with American journalist James Foley in November 2012. The IS beheaded Foley in August 2014.

Lebanese journalist Samir Kassab, who worked for Sky News, was kidnapped on Oct. 14, 2013, along with a colleague from Mauritania Ishak Moctar and a Syrian driver while on a trip in northern Syria.