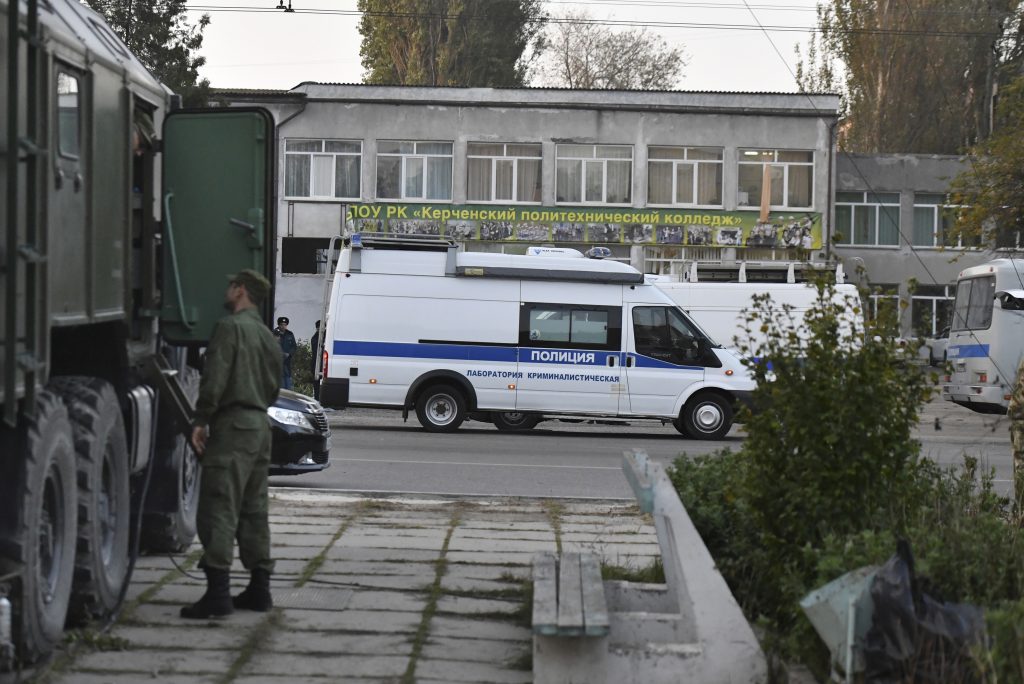 At least 10 of the wounded in a school shooting and bomb attack carried out by a student at a vocational school in Crimea will be airlifted to hospitals in Russia, the health minister said Thursday.

An 18-year-old student went on a rampage at the school on the Crimean Peninsula, which Russia annexed from Ukraine in 2014, killing 19 people and wounding more than 50 others before killing himself. Wednesday’s attack in the city of Kerch was by far the worst by a student in Russia, raising questions about school security in the country. The Kerch Polytechnic College had only a front desk with no security guards.

Most of the people killed died from gunshot wounds, and those who ended up hospitalized have injuries from a blast from an improvised explosive device that was packed with shrapnel.

“The kids’ muscles have been ‘minced’ with small metal objects,” Skvortsova said in comments carried by the Interfax news agency. “Those who have their organs ripped apart, we are finding metal balls in kidneys, intestines, in blood vessels. That is how powerful the blast was.”

The school attack in Kerch was the greatest loss of life in school violence in Russia since the Beslan attack by Chechen separatists in 2004, in which 333 people were killed during a three-day siege, many of them children, and hundreds were wounded.