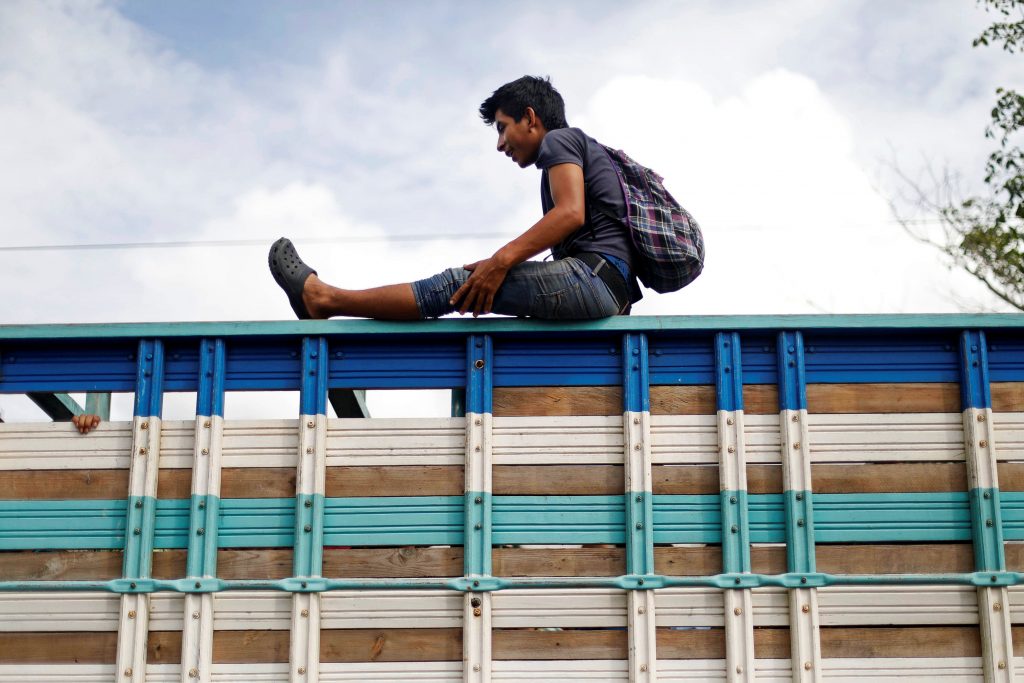 President Donald Trump threatened to deploy the military and close the southern U.S. border on Thursday if Mexico did not move to halt large groups of migrants headed for the United States from Guatemala, Honduras and El Salvador.

“I must, in the strongest of terms, ask Mexico to stop this onslaught – and if unable to do so I will call up the U.S. Military and CLOSE OUR SOUTHERN BORDER!” Trump wrote on Twitter.

Trump threatened to withhold aid to the region as a caravan with several thousand Honduran migrants traveled this week through Guatemala to Mexico in hopes of crossing into the United States to escape violence and poverty in Central America.

Trump’s threat came as Secretary of State Mike Pompeo prepared to travel later in the day to Panama and then Mexico City, where he was to meet with Mexican President Enrique Peña Nieto on Friday.

Mexico’s Foreign Ministry did not immediately respond to a request for comment.

Trump, who has sought to curtail immigration and build a border wall on the Mexican border, this week threatened to halt aid if Central American governments did not act.

Frustrated by Congress’ failure to fully fund his proposed wall at the border with Mexico, Trump in April ordered National Guard personnel to help the Department of Homeland Security secure the border in four southwestern U.S. states.

In a string of tweets on Thursday, Trump also said the issue was more important to him than the new trade deal with Mexico to replace the North American Free Trade Agreement [NAFTA] pact.

“The assault on our country at our Southern Border, including the Criminal elements and DRUGS pouring in, is far more important to me, as President, than Trade or the USMCA [Trump’s new NAFTA deal: U.S.-Mexico-Canada Agreement awaiting ratification]. Hopefully Mexico will stop this onslaught at their Northern Border,” Trump wrote.

More Honduran migrants tried to join a caravan of several thousand trekking through Guatemala on Wednesday, defying calls by authorities not to make the journey. The caravan has been growing steadily since it left the violent Honduran city of San Pedro Sula on Saturday.

He said he had spoken with Honduran President Juan Orlando Hernandez about ensuring the migrants who want to return home can do so safely.