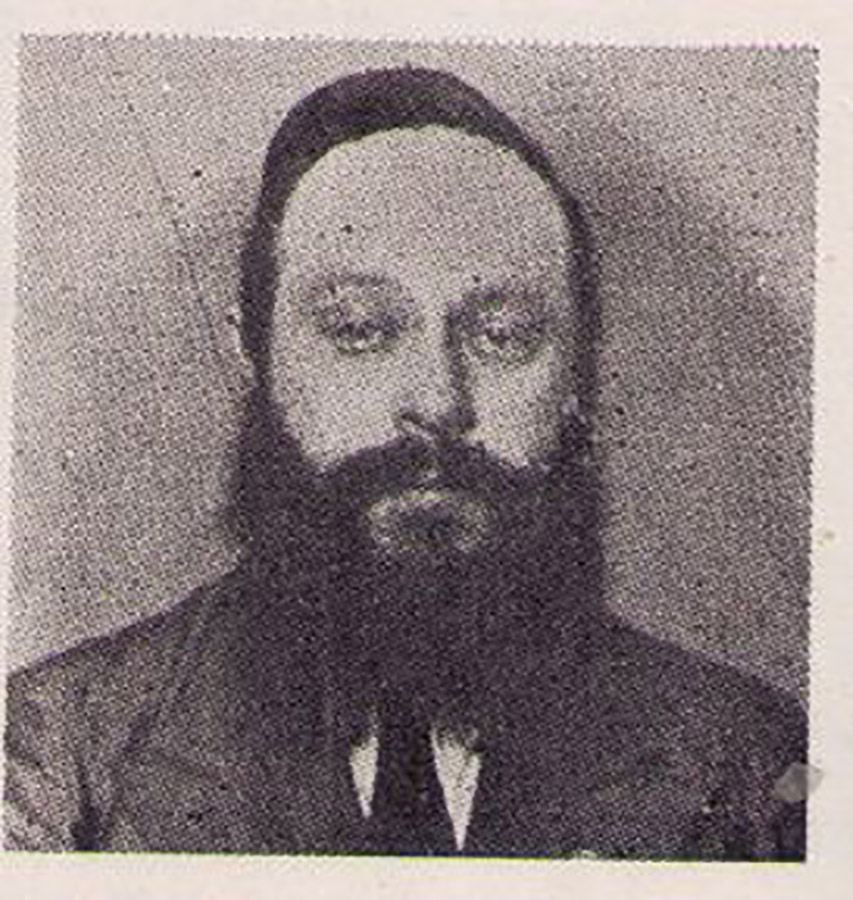 For much of the contemporary Torah world, Harav Alexander Zusha Friedman, Hy”d, is famed as the author of the classic work Maayanah shel Torah. In pre-war Europe, he was also well-known as a powerful orator and an extremely gifted writer. As secretary of Agudas Yisrael in Poland, he was an extremely close confidant to Harav Yitzchak Meir Levin, zt”l, the head of that venerable organization. He founded and led the Chorev Talmud Torah Network, set up training seminars for chareidi educators, and was a board member of the flagship Bais Yaakov Seminary in Cracow.

Reb Zusha was all that, but he was also much, much more.

Born in the city of Sochatchev to poor parents, he was accepted into the legendary Yeshivah of the Sochatchover Rebbe, the Avnei Nezer, zy”a, when he was only 11 years old. After the petirah of his great Rebbe, he continued studying under the Avnei Nezer’s son, the Shem Mishmuel, zy”a.

After his marriage, this great spiritual hero began to dedicate his life on behalf of doing for Klal Yisrael. He soon became the symbol of the class of individuals described in the poignant tefillah recited each Shabbos — those who are oskim b’tzorchei tzibbur b’emunah — who are involved faithfully in the needs of the community.

The embodiment of true chassidishe Yid, and a noted talmid chacham, he devoted his energies and incredible talents to strengthen Yiddishkeit in Poland. Driven by the realization that the future was dependent on the youth, he did all he could to build up chinuch in Poland and bring the younger generation closer to Hashem and His Torah. Active in Zeirei Agudas Yisrael, he edited its journal, Digleinu.

His great heart filled with ahavas Yisrael, Reb Zusha had the ability to truly understand and connect with the youth of that generation. Whether it was a young Torah scholar steeped in Chassidus or a working boy who was all but disconnected from that lifestyle, he was able to find the right words to inspire them.

While he was still in his thirties, in 5683/1923, he wrote a sefer titled Kesef Mezukak on the klalim of the Gemara. In his introduction, he explains that “since foreign winds began to blow in our camp, which have tried to erase the Torah study completely … the need arises to help educate a generation which is not so knowledgeable. But if we do indeed step forward in organizing our educational institutions, we have not done anything to satisfy the biggest drawback felt in the educational world, and that is: The lack of appropriate educational literature on our spirit… So … I decided to fill this lack and have written an educational reference guide to bring to students with a proper understanding of the Torah a comprehensive knowledge of the foremost topics in Gemara.”

His monumental work, Maayanah shel Torah — which originally appeared in Yiddish as Der Torah Kvall — was written for very much the same reasons. In the introduction he bemoaned the tragic spiritual state of his time, and how in many religious homes, a sefer written in Lashon Hakodesh would not be learned. In the process, much of the population was being cut off from the Wellsprings of Torah and its vital hashkafic teachings. So he gathered divrei Torah of the Gedolei Yisrael on parashah, and translated them into an easy-to-understand Yiddish so that all could learn — and repeat to others these precious teachings.

After the outbreak of World War II and the subsequent Nazi occupation of Poland, Reb Zusha continued his non-stop efforts on behalf of his fellow Jews. In those horrifying circumstances, Reb Alexander Zusha initiated the establishment of soup kitchens and children’s “playgroups,” which actually served as clandestine Talmudei Torah. Through this initiative, thousands of children managed to learn Torah. In Lublin and Cracow as well, chadarim were created along the lines that he initiated in Warsaw.

He became an unofficial leader of the observant Jews in the Warsaw Ghetto, and even produced an underground newsletter of chizuk called Kol Bamidbar.

His wife and only child — a daughter born after 13 long years of longing and davening — were deported to Treblinka. Yet, Reb Alexander Zusha continued his avodas Hashem unabated.

Seventy-five years ago, on the fifth of Cheshvan, this spiritual giant was killed at the age of 47 in the Rawniki death camp, near Lublin.

We can only imagine how much richer our world would have been had Reb Alexander Zusha survived the war. May his memory be a blessing for all of Am Yisrael. Certainly, he who spent his life doing for others is being a meilitz Yosher for all of us — and especially for the youth about whom he worried so much.