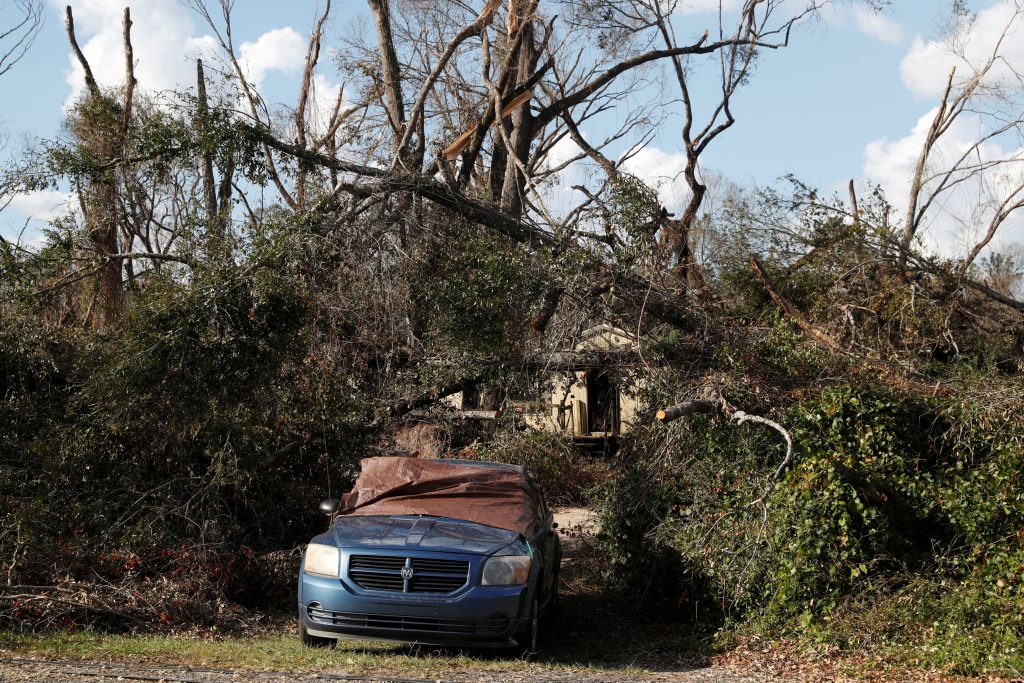 In Florida, a grim task is unwinding slowly: finding out how many people were killed in Hurricane Michael.

The storm that ravaged Florida’s Panhandle left incredible destruction stretching from the Gulf of Mexico to the state border, but so far getting a firm grasp on how many died is proving somewhat elusive.

The state has officially acknowledged just two deaths so far — and one death was in northeast Florida, far from the ground-zero fury of the Category 4 storm.

Meanwhile, search and rescue teams have crawled and walked through thousands of buildings and ruins for days in places like Mexico Beach, which was virtually wiped out when Michael roared ashore last week.

The Associated Press has put the overall death toll at 17 so far, including one death in Mexico Beach confirmed by a search and rescue team and six others confirmed by local officials in Florida. In other states, there are 10 confirmed deaths.

“Unfortunately there are going to more fatalities than people want to admit,” said State Rep. Halsey Beshears, a Republican whose district includes several of the counties hammered by Michael. “If you stayed in Mexico Beach, there’s no way you could have survived. I think more fatalities are going to show up every day.”

Joanne Garone Behnke called it “torture” awaiting news about whether her 79-year-old aunt who stayed in Mexico Beach had survived.

Right after the storm hit, Brock Long, the chief of the Federal Emergency Management Agency, said he expected the death toll to rise after hearing reports that some people refused to evacuate before Michael’s landfall.

But both Long and Gov. Rick Scott, however, sidestepped questions late Sunday after they returned from an all-day trip to some of the hard-hit communities.

Right after the storm, state officials said thousands of calls inquiring about missing people came in to authorities and non-profit groups. FEMA did announce Monday that search and rescue teams along with the Coast Guard and National Guard had rescued or assisted more than 4,000 people in storm-impacted areas and that they had checked on thousands of homes and buildings.

State officials say they will announce storm-related fatalities once they are certified by local medical examiners who have gone through the steps of positively identifying those who died and performing autopsies to determine the cause of death.

Part of the problem, state emergency officials say, is that the medical examiner’s office responsible for certifying deaths in several of the hardest-hit counties was without power or water until Monday.

Plans to bring in a mobile morgue unit were scrapped over the weekend, but state teams did bring in refrigerated trucks to four cities that can be used for both storm victims and to assist funeral homes that have lost power.

Florida officials point out they have used the same process in the past, but this comes amid the political backdrop of what happened in Puerto Rico.

Last month, President Donald Trump tweeted that “3,000 people did not die” in the hurricanes that hit the island last year. He also falsely alleged that the official death toll was part of a plot by Democrats to make him look bad. Republicans in Florida, including Scott, disagreed with Trump and said they did not dispute the death toll numbers.

But for some families, the wait is proving to be unbearable.

“I’ve been on the phone to reporters, to fire chiefs, to heads of task force from Miami to you name it I’ve called them. I’ve called every hospital,” Garone Behnke said Monday as she stopped to read a text from the fire chief in Mexico Beach.

Another wait and see.

“We’re still working on it … we’ll keep you posted,” the text read.