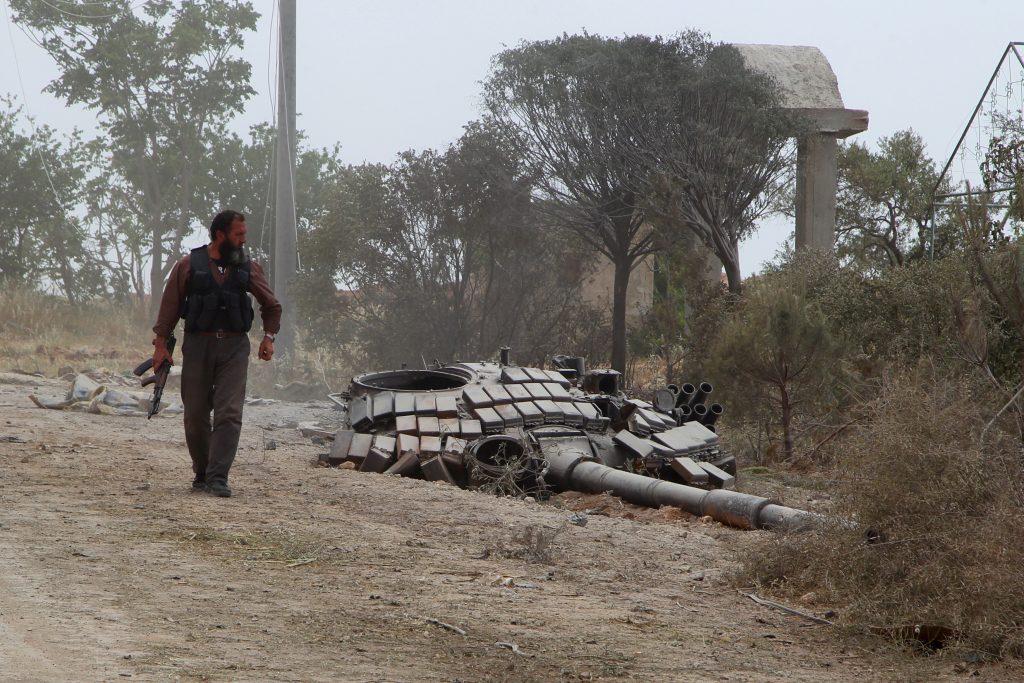 Syria’s main jihadist group signaled on Sunday that it would abide by the terms of a Russian-Turkish deal to prevent a Syrian government offensive on rebel-held Idlib the day before a critical deadline.

Tahrir al-Sham, a jihadist alliance spearheaded by al Qaeda’s former Syrian affiliate previously known as the Nusra Front, said it had accepted the deal after taking time for “consultation”.

Idlib’s other main rebel faction, a Turkish-aligned alliance of groups known as the National Liberation Front, has already expressed its support for the agreement.

The deal sets up a demilitarized zone running 15-20 km (9-13 miles) deep into rebel territory that must be evacuated of all heavy weapons and all jihadist groups by Monday, Oct. 15.

Turkey has been working to persuade Tahrir al-Sham to comply with the agreement, which it arranged with the Syrian government’s main ally Russia to avert an assault that it feared would send a new wave of refugees towards its border.

However, Tahrir al-Sham also said in its statement, issued via its social media channels, that it would not end its jihad or hand over its weapons.

Idlib and adjacent areas are the last stronghold of rebels who rose against President Bashar al-Assad in 2011. It is also home to an estimated 3 million people, more than half of whom have already been displaced at least once during the war.