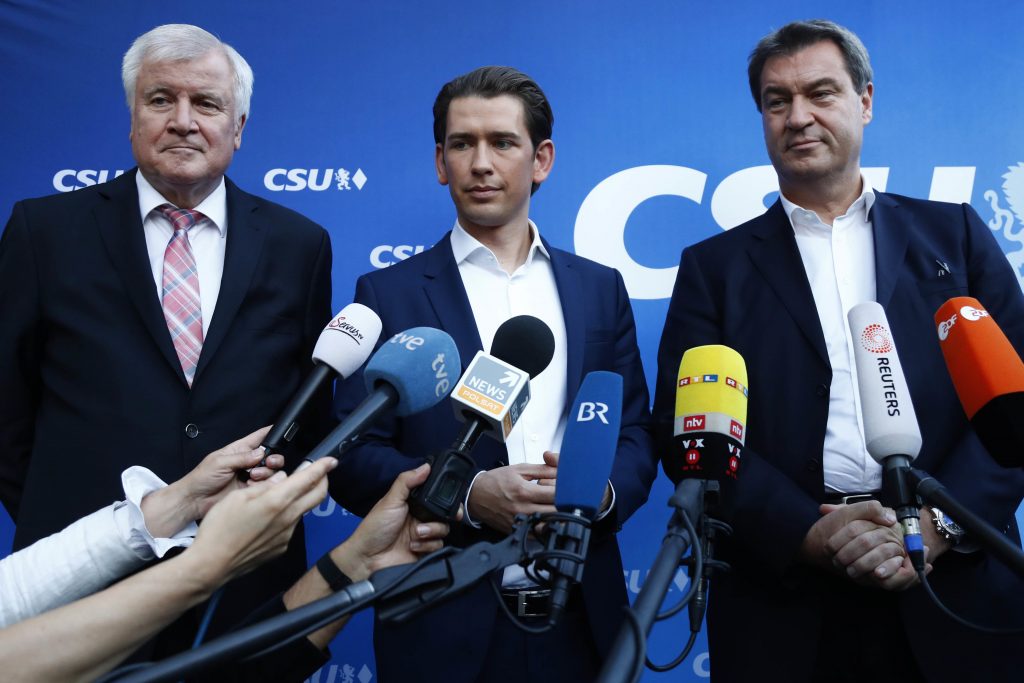 German Chancellor Angela Merkel’s conservative allies were on course to lose their absolute majority in Bavaria’s state parliament by a wide margin Sunday in a regional election that could cause more turbulence in the national government, exit polls indicated.

The ARD and ZDF public tv exit polls showed the Christian Social Union winning 35.5 percent of the vote, down from 47.7 percent five years ago.

That would be the party’s worst performance in Bavaria, the state it has traditionally dominated, since 1950. Squabbling in Merkel’s national government and a power struggle at home have weighed on the CSU in recent months.

The exit polls had the Greens winning up to 19 percent to secure second place, more than double their support in 2013. And the far-right Alternative for Germany was set to enter the state legislature with 11 percent of the vote.

The center-left Social Democrats, Merkel’s junior coalition partner in Berlin, were on course for a disastrous result of around 10 percent, half of what the party received in 2013.

The CSU, which has taken a hard line on migration and has a socially conservative tradition, has held an absolute majority in the Bavarian parliament for all but five of the past 56 years and has governed the prosperous southeastern state for 61 years.

Needing coalition partners to govern is in itself a major setback for a party that has long leveraged its strength in Bavaria to punch above its weight in national politics.

“This is a bitter day for the Christian Social Union,” CSU General Secretary Markus Blume said.

Blume wouldn’t immediately comment on the causes, but he stressed the party now has the task of forming a new government.

Potential partners include the Free Voters, a local center-right party that was seen winning 11.5 percent, and the Free Democrats, who may or may not secure the 5 percent needed to win parliamentary seats. The Greens, traditionally bitter opponents, with a more liberal approach to migration and an emphasis on environmental issues, are another possibility.

In Berlin, the CSU is one of three parties in Merkel’s federal coalition government along with its sister, Merkel’s Christian Democratic Union, and the center-left Social Democrats.

That government has been notable largely for internal squabbling since it took office in March. The CSU leader, Interior Minister Horst Seehofer, has often played a starring role.

Back in Bavaria, a long-running CSU power struggle saw the 69-year-old Seehofer give up his job as state governor this year to younger rival Markus Soeder.

Seehofer has sparred with Merkel about migration on and off since 2015, when he assailed her decision to leave Germany’s borders open as refugees and others crossed the Balkans.

They argued in June over whether to turn back small numbers of asylum-seekers at the German-Austrian border, briefly threatening to bring down the national government.

It remains to be seen whether and how the Bavarian vote will affect the national government’s stability or Merkel’s long-term future.

Its aftershocks may be delayed, because another state election is coming Oct. 28 in neighboring Hesse, where conservative Volker Bouffier is defending the 19-year hold of Merkel’s CDU on the governor’s office.