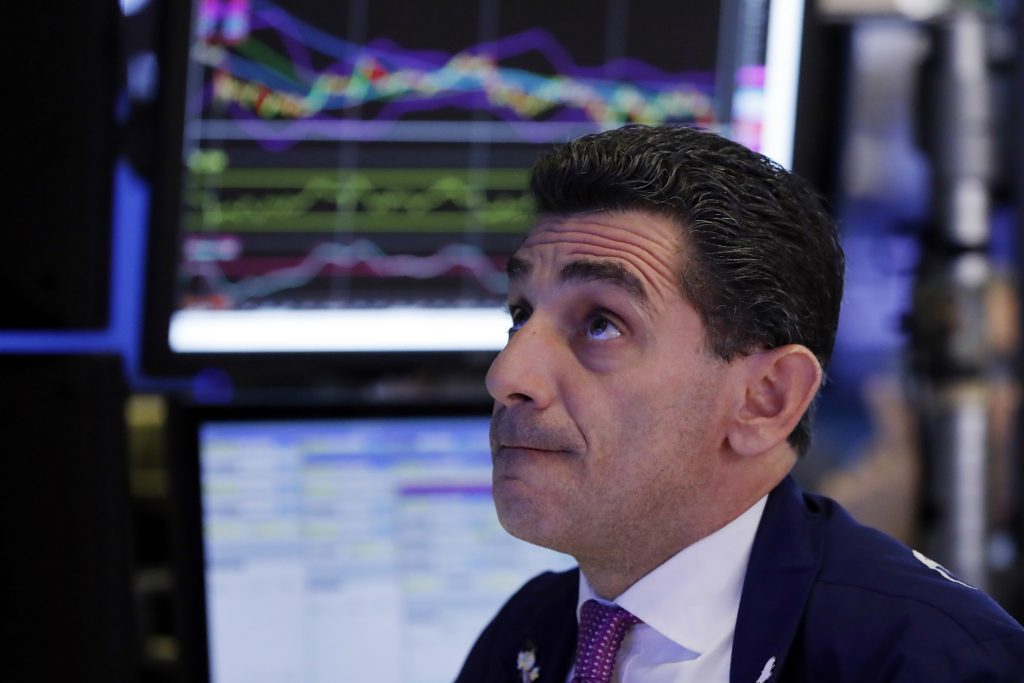 The S&P 500 Index fell more than 2 percent for a second straight day and is now in its longest slide since 2016. The Dow Jones Industrial Average dropped more than 500 points. Tech shares that bore the brunt of the selling Wednesday fared relatively better Thursday, though the Nasdaq 100 Index’s losses from an August record reached 8 percent.

“All of a sudden, you got that severe downturn because the results of the 30-year note auction were better than expected and people said ‘We’re going to shift now,”‘ said Donald Selkin, chief market strategist at Newbridge Securities. “It was asset allocation, it was a plunge. That’s unusual. That’s not a normal rate of decline. That’s an accelerated rate of decline. It was an algorithm on the asset allocation because it took place after the bond auction which was better than expected.”

The S&P 500 is at a three-month low after a 6 percent slide in what’s the longest slump of Donald Trump’s presidency. Energy shares bore the brunt of selling after oil plunged by more than 3 percent. Financial firms also contributed heavily to the losses, with banks and insurers down at least 2.5 percent. The tech-heavy Nasdaq 100 surrendered an earlier rally and added to its 4.4 percent decline on Wednesday. Trading was heavy with volume surging roughly 65 percent above average for this time over the past 30 days.

“This is just a normal run-of-the-mill correction that happens to be concentrated in some of the more expensive and most notable names in technology,” said Jamie Cox, managing partner at Harris Financial Group. “But I think it’s been precipitated by the uncertainty about global growth and whether or not Fed policy is going too far too fast.”

In addition to energy, insurers and household products manufacturers weighed on the market, while media companies and software makers were among the few bright spots. The Cboe Volatility Index rose to its highest level since February.

“Volatility is back and it may require more active strategies on the part of investors to pursue their long-term goals,” John Lynch, chief investment strategist for LPL Financial, wrote in a note to clients Thursday. “Volatility is also not to be feared, but embraced, as varying data points will cause bouts of market anxiety. But remember that fundamentals are still strong.”

Investors seeking to pinpoint the cause of the equities rout have no shortage of culprits to choose from. U.S. companies are increasingly fretting the impact of the burgeoning trade war, while the same issue prompted the International Monetary Fund to dial down global growth expectations. And in the tech sector, which was a key driver of the rally that pushed American equities to a record just a month ago, expensive-looking companies have been roiled by a hacking scandal.

Against this backdrop, the Federal Reserve has been trimming its balance sheet and raising interest rates, provoking Trump’s ire and helping to force a repricing of riskier assets.