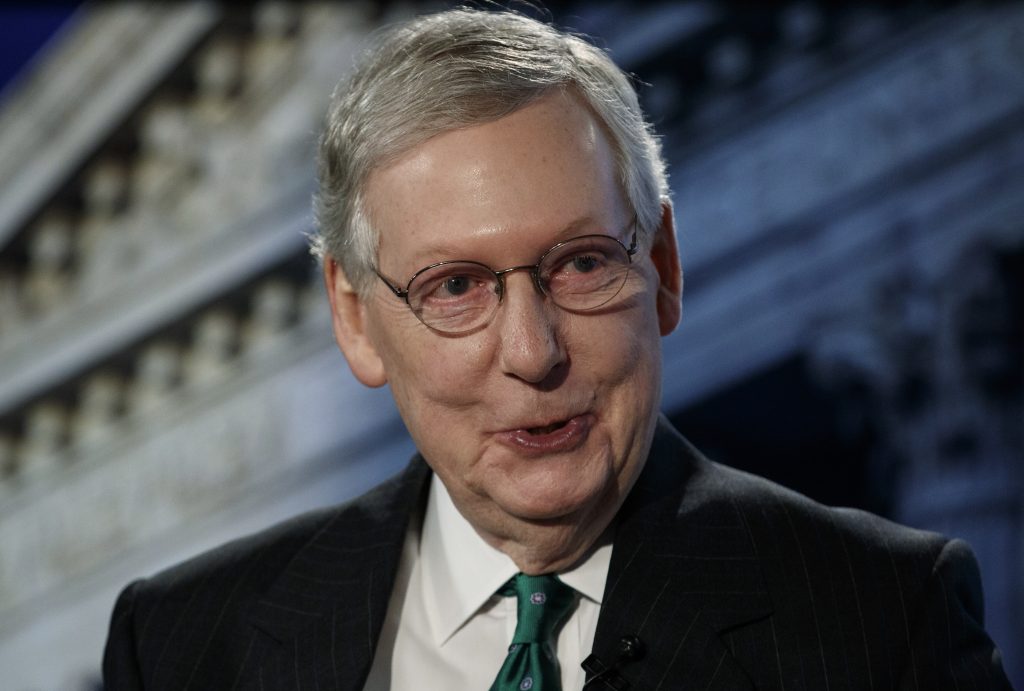 In an interview with The Associated Press, McConnell disputed President Donald Trump’s prediction that Alaskans “will never forgive” Murkowski and that she’ll “never recover” politically after bucking her party on Kavanaugh. Murkowski voted against advancing Kavanaugh’s nomination and “present” on the final vote.

“She’s certainly going to recover,” McConnell said. He pointed out that Murkowski won re-election as a write-in vote in 2010.

“She’s about as strong as you can possibly be in Alaska. Nobody’s going to beat her,” the Kentucky Republican added. “I’m proud that she’s in the Republican conference.”

His remarks on Murkowski were part of a wide-ranging interview in which McConnell acknowledged that the extended fight over confirming Kavanaugh has widened an existing gender gap in which Republicans trail Democrats in support among women.

McConnell says the gender gap “clearly is wider than it used to be,” but says the controversy over Kavanaugh could end up helping Republicans by generating more enthusiasm among GOP voters who feel he was mistreated.

Heading into the November midterms, the GOP is defending its House and Senate majorities. Only six of the 51 Republicans in the Senate are women.

The 76-year-old McConnell, who’s been in the Senate since 1985 and majority leader since 2015, said he wants more women in the Senate and on the Judiciary Committee in particular. He called the dearth of women Republican candidates winning elections “a great frustration” and said those in the Senate now “just haven’t been interested” in serving on the panel that confirms judges and justices.

Kavanaugh was accused of misconduct that occurred decades ago. He denied the allegations.

“The very notion of presumption of innocence was on trial” during his confirmation battle, McConnell said.