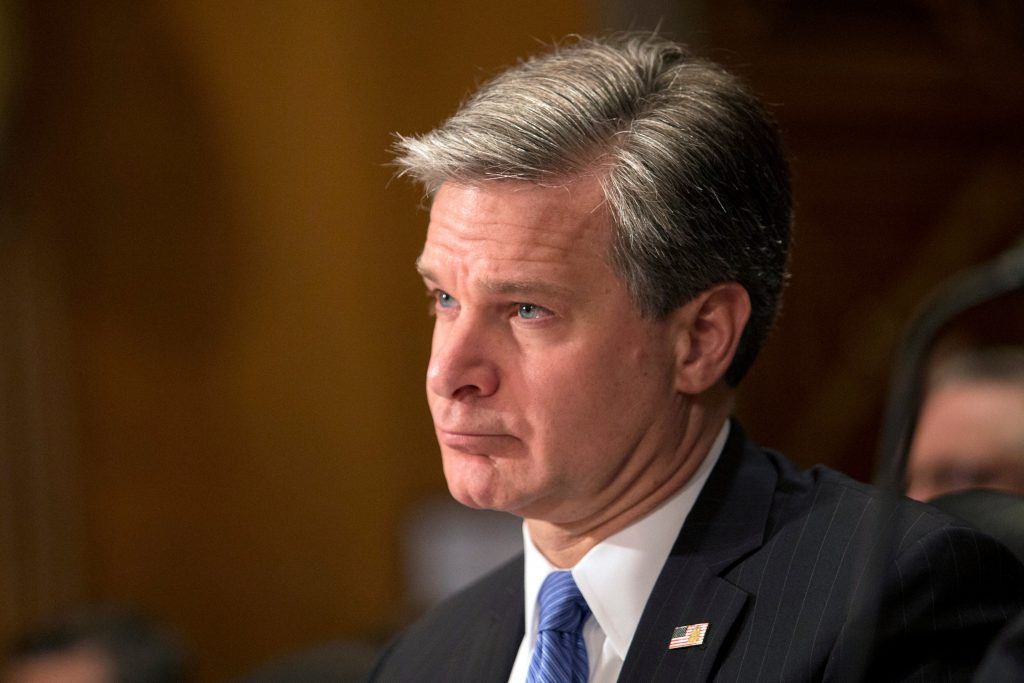 FBI director Christopher Wray told a U.S. Senate panel on Wednesday that the threat from drones “is steadily escalating” even as Congress gives agencies new tools to address threats.

Wray told the Senate Homeland Security committee that the FBI assesses that “given their retail availability, lack of verified identification requirement to procure, general ease of use, and prior use overseas (drones) will be used to facilitate an attack in the United States against a vulnerable target, such as a mass gathering.”

Wray made his comments days after President Donald Trump signed into law legislation that gives the Department of Homeland Security (DHS) and the FBI new powers to disable or destroy drones that pose a threat to government facilities.

Wray said the risk has “only increased in light of the publicity associated with the apparent attempted assassination of Venezuelan President Maduro using explosives-laden” drones.

Wray noted the FBI had disrupted a plan in the United States to use drones to attack the Pentagon and the Capitol building. In 2012, Rezwan Ferdaus was sentenced to 17 years in prison for attempting to conduct a terrorist attack.

Ferdaus, who held a degree in physics, obtained multiple jet-powered, remote-controlled model aircraft capable of flying 100 miles per hour and planned to fill the aircraft with explosives and crash them into the Pentagon and the Capitol using a GPS system in each aircraft.

Senator Ron Johnson, who chairs the committee, said earlier this year that the number of drone flights over sensitive areas or suspicious activities has jumped from eight incidents in 2013 to an estimated 1,752 incidents in 2016, citing federal statistics.

The American Civil Liberties Union criticized the drone provision, saying it “amounts to an enormous unchecked grant of authority to the government to forcefully remove drones form the sky in nebulous security circumstances.”

The FBI has said drone threats could include surveillance, chemical, biological or radiological attacks or attacks “on large open-air venues” and attacks against government facilities.

Since 2017, federal officials have banned drones over U.S. military bases, national landmarks, nuclear sites and other sensitive areas. The Defense Department previously was given authority to address drone threats to military facilities.

More than 1 million U.S. drones have been registered, the Federal Aviation Administration said in January.