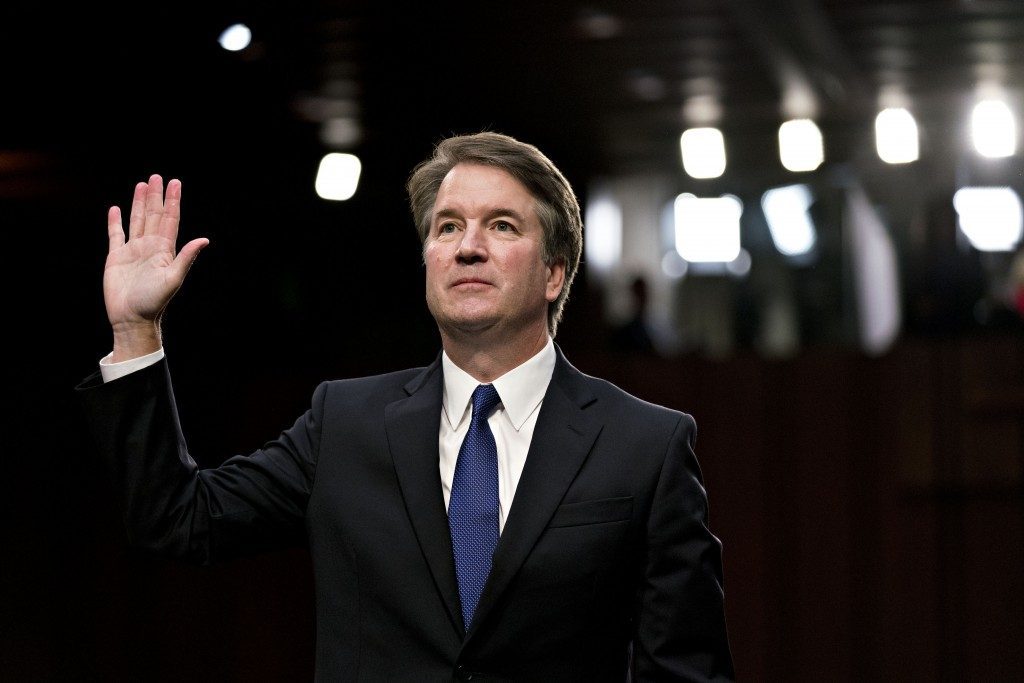 With Justice Brett Kavanaugh being sworn in as Supreme Court Justice, conservatives can claim they won the battle but not the war. That war, which is less a political one than a cultural one, pitted half of Americans against the other half and prompted the ugliest confrontation this country has witnessed to date regarding any nominee. What makes it so dangerous is that this culture is driving politics, utilizing legal weapons to further its own agenda.

At the heart of the vile and vicious Democratic and radical-left opposition to Bret Kavanaugh is their blind devotion to Roe v. Wade, the crowning glory of their attempts to normalize immorality. This landmark decision essentially provided the legal means to practice licentious behavior without suffering consequences. What started with the 1960’s counterculture revolution gained solid legal ground in the 1973 Supreme Court’s milestone ruling. That paved the way for incremental gains in legal rulings that standardized what otherwise used to be regarded as degenerate and shameless behavior.

Pushed along by willing accomplices in this country’s public education, academia and media, courts at all levels, filled with liberal appointees, have enshrined acts of immorality into law. Thus, behavior deemed an “abomination” by the Bible has now been legally consecrated, and the onus is on G-d-fearing people to challenge it. That challenge is becoming increasingly difficult, because we live in a society where, typically, an immoral plaintiff has legal rights against a moral defendant.

That we have sunk to such depravity is in large part due to the groundbreaking ruling of Roe v. Wade. And that is the reason leftists will stop at nothing to protect and preserve it. They will lash out by any means at anyone they perceive as threatening their “right to choose” Sodom and Amorrah.

The irony in the Kavanaugh debacle, and by extension the anti-harrassment movement sweeping the left, is the attempt by those leftists to bring down a man by the very cultural milieu they produced. After constructing Sedom and Amorrah in the heartland of America, they then cry foul when they can’t find the Puritan in the world they created.

Kavanaugh awoke one morning to find himself in a worse place than Kafka’s metamorphosed protagonist – in the very dirt that the left cultivated to produce the cockroach he was accused of becoming. After not being able to find any real dirt on Kavanaugh, they smeared him with an unsubstantiated accusation rooted in the debased and promiscuous lifestyle they seek to perpetuate at any cost.

The fact that their ploy backfired and Kavanaugh was confirmed encourages those on the right that perhaps there is some decency left in this country. But it will do nothing but fan the flames for those on the left, who are bent on taking this country further into the abyss they have founded. One need only to have looked at the foul signs, heard the perverse language, and watched the violent antics of the left as they rallied against Kavanaugh to realize that they are immune to previously accepted norms of civility.

Worse yet, they are immune to accepted norms of presumed innocence. Indeed, right after Kavanaugh’s confirmation, some on the left were already calling to impeach the judge even before he took the actual judicial oath.

It remains to be seen how far the pendulum might swing to the left before it inevitably starts to correct itself. Was Kavanaugh’s plight the limit? Is the anti-harrassment movement beginning to suffer from a case of “you can’t have your cake and eat it too”? This backlash movement of grievances is now creating a backlash against itself. Which is not surprising, since this crusade seeks to prosecute perversions without being willing to surrender a perverse lifestyle.

If nothing else, Kavanaugh’s sorry saga teaches us that today no one is immune to the machinations of the radical left as it pursues its agenda. If Kavanaugh, the poster boy of rectitude, is forced to defend his good name against corrupt mud-slingers, then no one is safe from such accusations.

The silver lining may lie in the reactions of the shrinking pool of moderates straddling the increasingly elusive fence of propriety. These middle-of-the-roaders, reared in the Judeo-Christian values of this country, may put their religion aside in the name of separation of Church and State, but they will hopefully draw the line when it comes to their own rights. While they might be forced to compromise their Biblical beliefs in the face of legal dictates, they will likely not compromise their own security in the face of dictates determined by a raging mob.

Republicans and conservatives who rallied in Kavanaugh’s defense realized the dire implications of securing his nomination, not only for themselves but for all Americans. All American citizens, in turn, need to examine the depths of depravity that the left has sunk to in its quest to further demoralize this country and solidify their grip on that demoralization.

The left is doing everything in its power, both legally and illegally, to safeguard the monster they created.

Long-suffering law-abiding citizens need to rise up and coalesce in their own movement against the infractions of that monster. And going to the polls next month should be the best place to start. Because never before has it been so important for decent Americans to protest their own grievances by declaring, “Me Too.”