Technology Google Promises Its Pixel 3 Phone Is More Attractive on the Inside Than the Outside
Health, Science & Technology 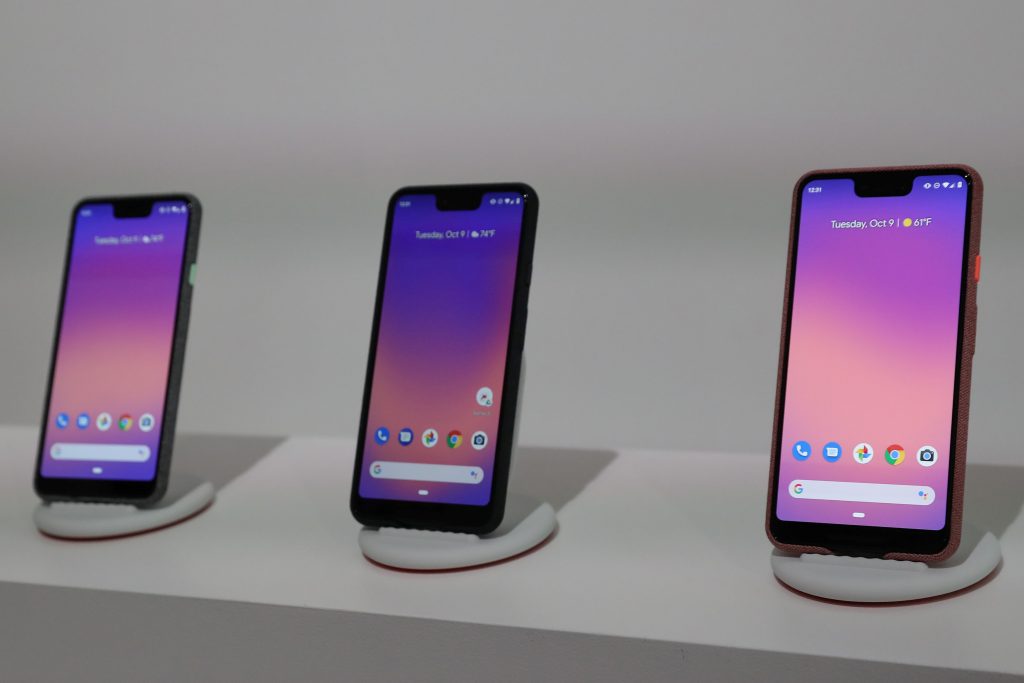 In a year of same-old smartphones, Google is pitching one that’s attractive on the inside.

The $800 Pixel 3 and $900 Pixel 3 XL, which I had a chance to try at Google’s New York launch event Tuesday, can take pictures and screen calls for you. Believe it or not, it can make calls for you, too.

Google’s homegrown smartphone hardly challenges the status quo all-screen, jumbo-sized designs from Apple and Samsung. On the glass back, there’s a fingerprint reader and one camera; on the front, there’s a notch in the screen to hide its front-facing cameras. The one flourish: a brightly painted power button.

But Google says it’s not so much about the hardware — it’s what the Pixel 3 can do. The internet giant has made its own hardware a vessel for its advances in artificial intelligence, which promise to personalize online experiences and save people extra seconds in a multitude of ways.

“The magic of this phone is on the inside,” said Google senior vice president for hardware Rick Osterloh, in an interview. “AI really changes things quite a bit. It can have an understanding of you.”

AI can also require a lot of personal data. And Google’s hardware event, scheduled weeks ago, fell awkwardly one day after the company’s largest recent data-privacy scandal. On Monday, the company admitted it had exposed data on half a million accounts — and didn’t disclose it for months. On Tuesday, CEO Sundar Pichai did not make an appearance at his company’s event.

That defines the balancing act for Google, eager to finally make a dent in the premium phone market. Can customers trust even more of their lives in the hands of the data giant? And are its AI tricks useful enough to convince people to drop Samsung, or even Apple, for Google?

Rival Apple has played up its privacy-first practices, and how it collects as little information about its customers as possible. Google remains, unapologetically, all about the data.

“The reason we have your data, in some cases, is because we are offering useful service. You trust us with your Gmail and we keep that data private and secure. These are huge important issues we focus on,” said Osterloh. “Anyone who claims you don’t need data to offer a valuable service isn’t telling the full picture.”

The Pixel 3 packs in a host of new ideas about how AI can change the phone experience — from the practical to the pretty out-there. Not all of its AI capabilities require sending data back to Google over the internet, said Osterloh — in some cases, it’s faster to do the analysis on the phone itself.

Foremost, there’s the camera, which Google says uses AI to know a good photo when it sees it. The Pixel 3 starts shooting a second before you press the button and a second after — looking for the moments where everyone has their eyes open and facing the camera. If the Pixel 3 thinks it got a better shot than you, it’ll pop up as a suggestion.

Or, you can turn on a mode called Photobooth and let the camera decide on its own when to take the shots. (This uses a version of the software Google put into a stand-alone AI camera called Clips.) That’s useful for selfies — you don’t have to awkwardly press the shutter.

AI, embodied in Google’s talking Assistant, also promises to be more of a sidekick in the Pixel 3. That starts with answering the phone for you. When a call comes in, three buttons come up — answer, reject, or screen call. If you press that screen button, the Pixel’s AI will answer and start asking questions of the caller on your behalf.

On the Pixel 3 screen, you see an instant transcript of the caller’s responses so you can decide whether to pick up. I wouldn’t use the robot on mom, but it definitely might help with spam.

Starting next year, Pixel phones will also be the first to get access to experimental — and controversial — Google software called Duplex. It uses a real-sounding AI voice to complete real-world tasks over the phone, like calling a restaurant to make a reservation. First previewed at Google’s I/O Conference over the summer, the technology sparked a debate about the ethics of computers pretending to be humans. (Google says Pixel phones will announce they’re robots when they make calls.)

The Pixel 3 is where Google’s AI experiments are beginning to bloom. In real-world use, will they just be nifty tricks, or a reason to switch? The Pixel 3 is available for preorder now and arrives in stores Oct. 18.