National Suspect in Shooting of 7 Officers is Competitive Rifleman
National 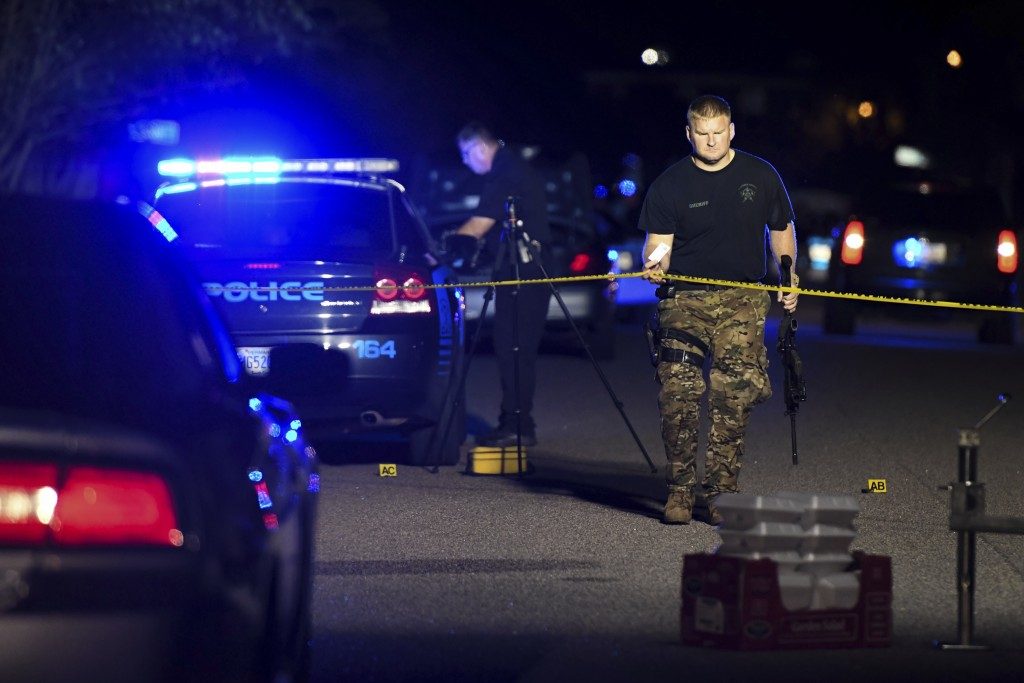 A Vietnam veteran who bragged online about maintaining his target-shooting skills was being held Thursday in the shooting of seven law-enforcement officers, one of whom died, as deputies tried to serve a search warrant at his home.

Authorities said Frederick Hopkins opened fire on the deputies from inside the home and held children hostage while shooting long-range at other officers who rushed to the suburban neighborhood.

The sheriff department’s armored personnel carrier was brought in to recover the wounded during Wednesday’s two-hour standoff, and the shooter finally released the children as he was taken into custody, authorities said.

“Officers went there unknowing the firepower the suspect had,” Florence County Sheriff Kenney Boone said at a news conference.

“Fire was being shot all over. The way this suspect was positioned, his view of fire was several hundred yards. So he had an advantage. The officers couldn’t get to the ones who were down.”

Records show Hopkins, 74, is a disabled Vietnam veteran and disbarred lawyer who has faced several charges in recent years, starting with a 2014 count of disorderly conduct.

Authorities have not described what weapons were involved, but Hopkins apparently owned several guns, including an M-14 rifle. A 2014 post on his social-media page said he celebrated his 70th birthday at a shooting range by repeatedly firing his M-14, set up exactly like the one he used in Vietnam.

“I have been shooting competitively since 1984 and lovin’ it. I just love the smell of gunpowder in the mornin’s,” said the post. Other posts from 2016 show images of rifles set up on what looks like a range, and say he was the “South Carolina 3-Gun Silhouette Champion for 2011.”

The violence stunned people in the area. Both the sheriff and police chief cried as they spoke to reporters after the standoff.

The slain officer, Terrence Carraway, 52, of Darlington, had just been honored for his 30 years of service with the Florence Police Department.

“I want you to pray for the family who lost the bravest police officer I have ever known,” said his chief, Allen Heidler.

WIS-TV reported Thursday that Florence County Chief Deputy Glenn Kirby said Hopkins was hospitalized with a head injury and unable to speak with officers. WPDE-TV reports that Hopkins fell at the scene.

Three Florence County deputies were wounded while trying to serve the warrant around 4 p.m. Wednesday. Officers from all over arrived to help, and the suspect ultimately shot four Florence city police officers, one fatally, Heidler said.

Boone credited his department’s military equipment for enabling them to pull the wounded from the field of fire.

“Thanks to our MRAP, armored personnel carrier, we made sure all the officers that were shot were protected and brought for medical attention,” he said.

Officials did not identify the wounded officers or describe their conditions.

Florence, a city in South Carolina’s northeastern corner, home to roughly 37,000, sits at the convergence of Interstates 95 and 20. It’s the largest city in the region known as the Pee Dee, where flooding from Hurricane Florence devastated areas to the east and south.