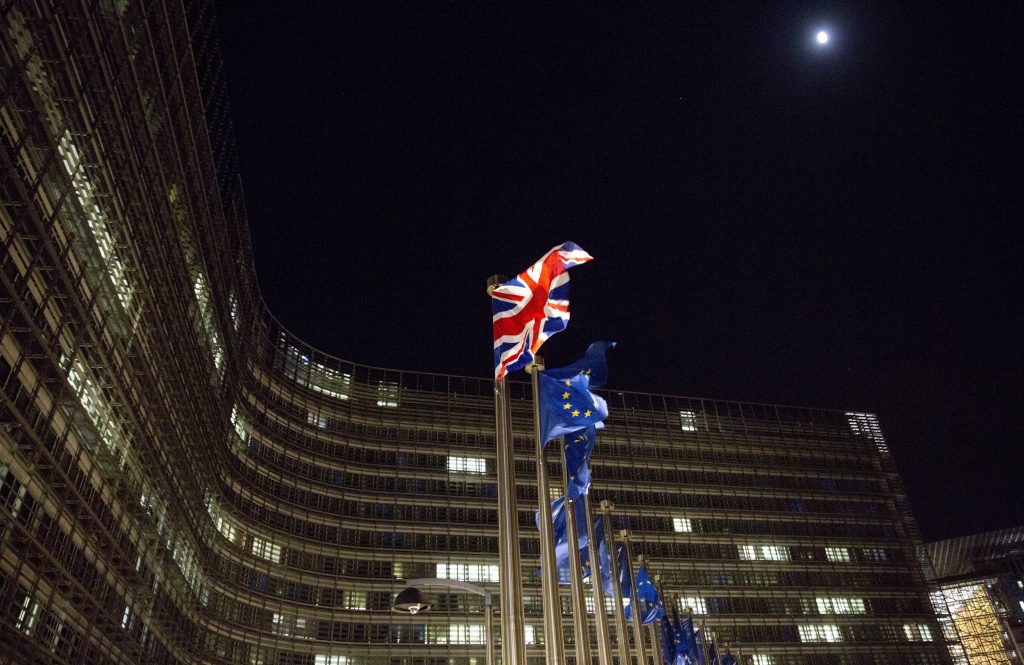 Prime Minister Theresa May said Britain would not flinch in an impasse with the European Union about its departure from the bloc, as French and German ministers suggested the next move in the negotiations should come from London.

British Prime Minister Theresa May on Friday demanded new proposals and respect from European Union leaders, saying after a summit in Austria that talks had hit an impasse and, in a prominent euroskeptic Sunday newspaper, she stuck to her guns.

“This is the moment to do what is right for Britain,” May said in the Sunday Express. “Now is the time for cool heads. And it is a time to hold our nerve.”

The Sunday Times reported that her aides had begun contingency planning for a November snap election to help save the Brexit talks and her job.

May won plaudits in her party and from the press for standing up to the European Union, ahead of her Conservative party’s annual conference, which starts at the end of the month.

Foreign Minister Jeremy Hunt had told BBC radio on Saturday that if EU leaders expected the U.K. to capitulate, then they had “profoundly misjudged the British people,” even if that meant leaving the bloc next March without a deal.

“We may be polite, but we have a bottom line,” he said. “And so they need to engage with us now in seriousness.”

Initial reactions from across the English Channel suggested France and Germany were digging in, too.

EU leaders and May have said they want to get a deal agreed in October, to be finalized in November.

In Paris, Minister for European Affairs Nathalie Loiseau said that while France still believed a good Brexit deal was possible, it also must prepare for a “no deal” outcome. She said on France Info radio that Britain’s vote to leave “cannot lead to the EU going bust.”

In Berlin, German Deputy Foreign Minister Michael Roth said on Twitter the other 27 EU states were striving to achieve reasonable solutions, and that “the blame game against the EU” was “more than unfair.”

In London, the pro-Brexit Daily Telegraph reported May faced the prospect of ministerial resignations next week if she failed to come up with an alternative to the “Chequers” Brexit plan that she presented in Austria.

But domestically, even some critics of May’s plan backed the prime minister in her standoff against the EU.

“I have a serious difference of opinion with our prime minister. But, even so, I have to tell you that I view the behaviour of the European Union leaders in Salzburg with contempt,” David Davis, the former Brexit minister who resigned in protest at Chequers, said in a speech at a “Leave Means Leave” rally in the northern English town of Bolton.

After May’s Friday statement, European Council President Donald Tusk said the results of the EU’s analysis of that plan had been known to Britain for many weeks. But Hunt said there was a difference between rhetoric and substance.

“On the substance of the Chequers proposals, we have not had a detailed response,” he said, adding that EU proposals for the Irish border would mean that it was impossible “to leave the EU intact as one country.”

May has accepted the need for a “backstop” insurance policy on the Irish border but says the EU’s version of the proposal would see Northern Ireland carved off from the United Kingdom.

The EU says May’s proposal, keeping the province and mainland Britain in the same regulatory space, undermines the single market.

Despite the differences, Irish Foreign Minister Simon Coveney told RTE radio an Irish backstop was “doable” by an October summit.