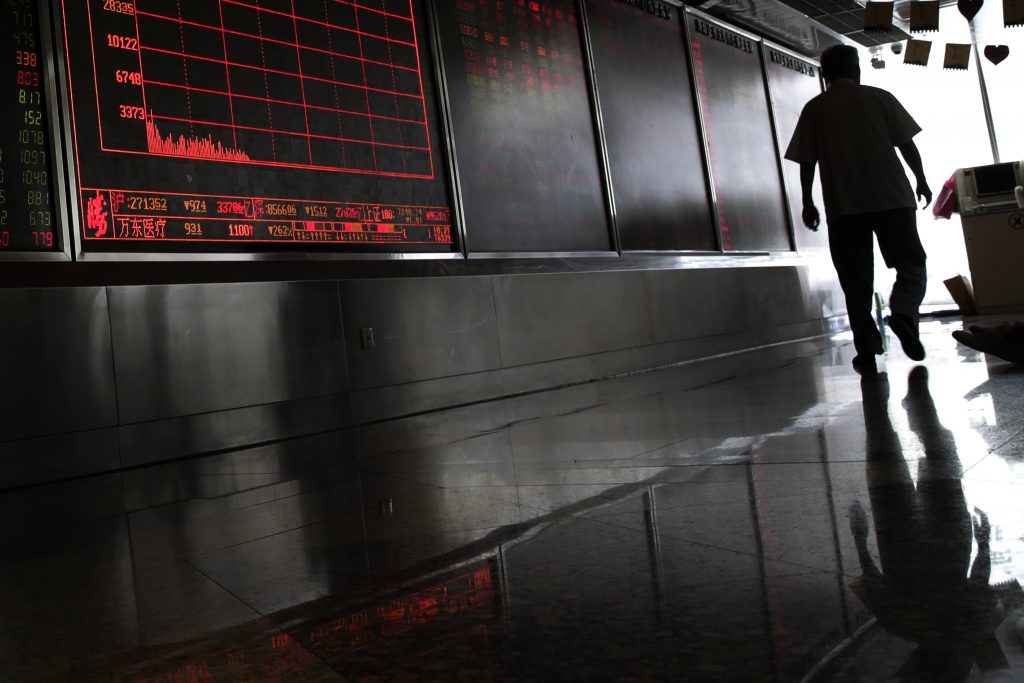 Asian stocks extended gains on Friday thanks to Wall Street scoring all-time highs, as investors gravitated to the view that the latest exchange of tariffs between the United States and China may be less damaging than initially feared.

A rally in Chinese markets helped lift the MSCI’s broadest index of Asia-Pacific shares outside Japan 1.15 percent, buoyed in part by expectations that Beijing will pump more stimulus into its economy to weather the trade war. The MSCI index has rebounded 4.6 percent from a 14-month low on Sept. 12.

Chinese shares, which had been hit the hardest by the trade war, rallied. The CSI 300 index of Shanghai and Shenzen shares, which slumped to a two-year low last week, rose 2.4 percent, on course for its largest weekly gain in more than two years.

“China has unveiled a series of steps to support the economy this week, starting with accelerating infrastructure spending,” said Wang Shenshen, strategist at Tokai Tokyo Research.

“Yesterday we had guidelines to boost consumption, announced both by the Communist Party and the government… And there’s talk of cuts in import tariffs. So the policy direction to boost domestic demand is clear,” she said.

The latest rally comes after new U.S. and Chinese tariffs on each other’s goods were set at lower rates this week than previously expected, raising hopes that hostilities between the world’s two largest economies may be easing.

Despite growing anecdotal reports from companies on both sides of the Pacific that the trade war is starting to impact their operations, the outlook for corporate profits remained solid in many markets on the back of strong global growth, keeping equity valuations relatively attractive.

“Of course, the trade war will continue. We have to see how much damage the tariffs will cause to China’s exports. But it will probably be early next year that we will see that in hard data,” said Nobuhiko Kuramochi, chief strategist at Mizuho Securities.

“And any progress in Sino-U.S. trade talks may have to wait until after the U.S. mid-term elections. This will be a long term issue,” he said.

Still, some analysts cautioned that the reversals in various assets, including U.S. industrial shares and non-U.S. developed markets, could be driven primarily by position squaring ahead of the end of quarter, and not reflect a decisive shift in investor sentiment.

MSCI’s ACWI, an index covering the world’s 47 markets, edged up 0.24 percent to near its 5½-month high hit at the end of August, having gained 1.5 percent so far this week.

In the currency market, the dollar slipped to a three-month low against a basket of major trading partners as easing worries on trade wars quelled bids for the U.S. currency.

The dollar’s weakness and spikes in U.S. Treasuries yields this week raised suspicions that some sovereign players may be selling dollars they hold in their foreign reserves for other currencies.

But Simon Derrick, chief currency strategist at BNY Mellon in London, said that there is no convincing evidence yet of such a major shift in forex reserves holdings, adding the euro’s rise could be more related to easing pressure on Italian bonds.

“This suggests that the next week will prove to be critical in determining the outlook for the euro. In particular, next Thursday will see the release of Italy’s Economic and Financial Document. This should provide the first real indication of the scale of the planned fiscal deficit for 2019,” he said.

The British pound climbed to as high as $1.3295, its highest since early July, after strong UK retail sales data.

The closely watched summit of the European Union produced little progress on the thorny issue of trade and the Irish border.

EU leaders have warned British Prime Minister Theresa May that they are ready to cope with Britain crashing out of the bloc if she does not compromise.

At home, Britain’s former Brexit minister David Davis has said that up to 40 lawmakers from the ruling party will vote against May’s plans to leave the European Union, meaning she may struggle to get her deal through Parliament.

Amid positive risk sentiment, the yen slid to a two-month low of 112.805 to the dollar.

Oil prices steadied after having pulled back from recent highs after U.S. President Donald Trump urged OPEC to increase production at its meeting in Algeria.