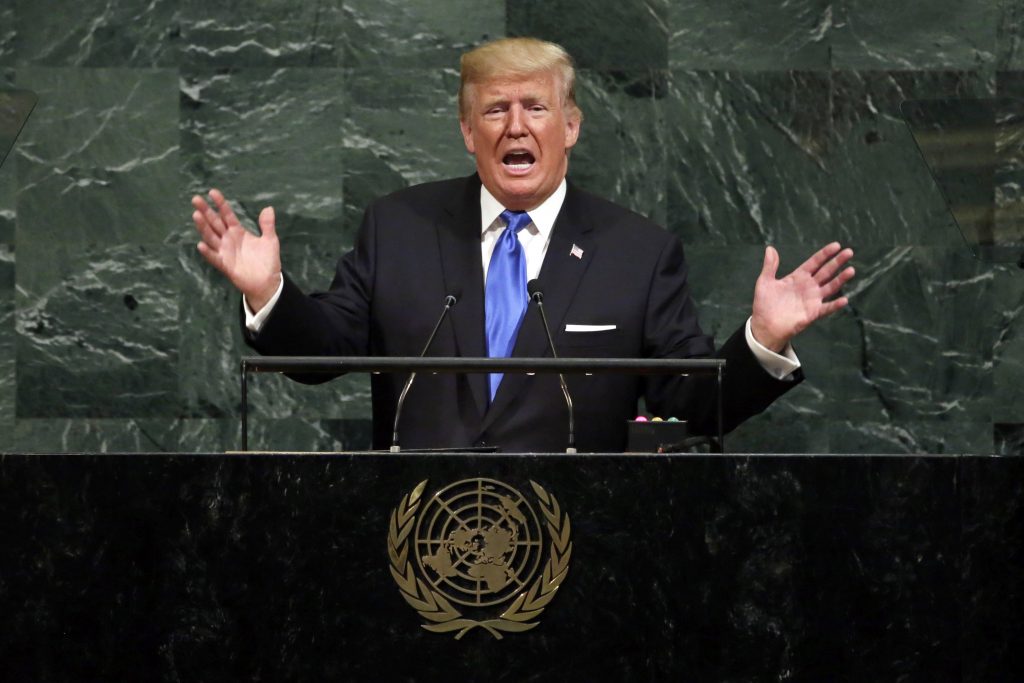 The United States, which holds the council presidency for September, has unsuccessfully pushed the U.N. to call out Iran. Haley has regularly attacked Iran, accusing it of meddling in the wars in Syria and Yemen.

Diplomats said Iran could request to speak at the Sept. 26 council meeting the week of the U.N. General Assembly. Iranian President Hassan Rouhani is expected to address the assembly on Sept. 25. The Iranian U.N. mission did not immediately respond to a request for comment.

During a rare public meeting on Tuesday to discuss the proposed U.S. agenda for the council, Russia’s Deputy U.N. Ambassador Dmitry Polyanskiy said the Iran meeting should focus on the implementation of a 2015 resolution on Iran.

“We very much hope that there will be views voiced in connection with the U.S. withdrawal” from a 2015 international nuclear deal, Polyanskiy told the council.

President Trump in May withdrew from the accord between Iran and six world powers aimed at stalling Tehran’s nuclear capabilities in return for lifting some sanctions. Trump ordered the reimposition of U.S. sanctions suspended under the deal.

Iran is still subject to a U.N. arms embargo and other restrictions contained in the 2015 resolution, which enshrines the nuclear deal. European powers have been scrambling to salvage the accord.

In February, Russia vetoed a U.S.-led bid for the Security Council to call out Tehran for failing to prevent its weapons from falling into the hands of Yemen’s Houthi group, a charge Tehran denies.

Haley arranged Tuesday’s event after several members expressed opposition to her plan to convene a meeting on Wednesday on Nicaragua. Haley said their views should be on record. More than 300 people have been killed and thousands injured in crackdowns by police and armed groups on protests over government plans to cut welfare benefits. The protests developed into broader opposition against President Daniel Ortega.

China, Russia, Bolivia and others said the situation in Nicaragua was not a threat to international peace and security and therefore should not be discussed by the council. The United States has the nine votes required to defeat a procedural vote expected to be called by Bolivia, diplomats said.