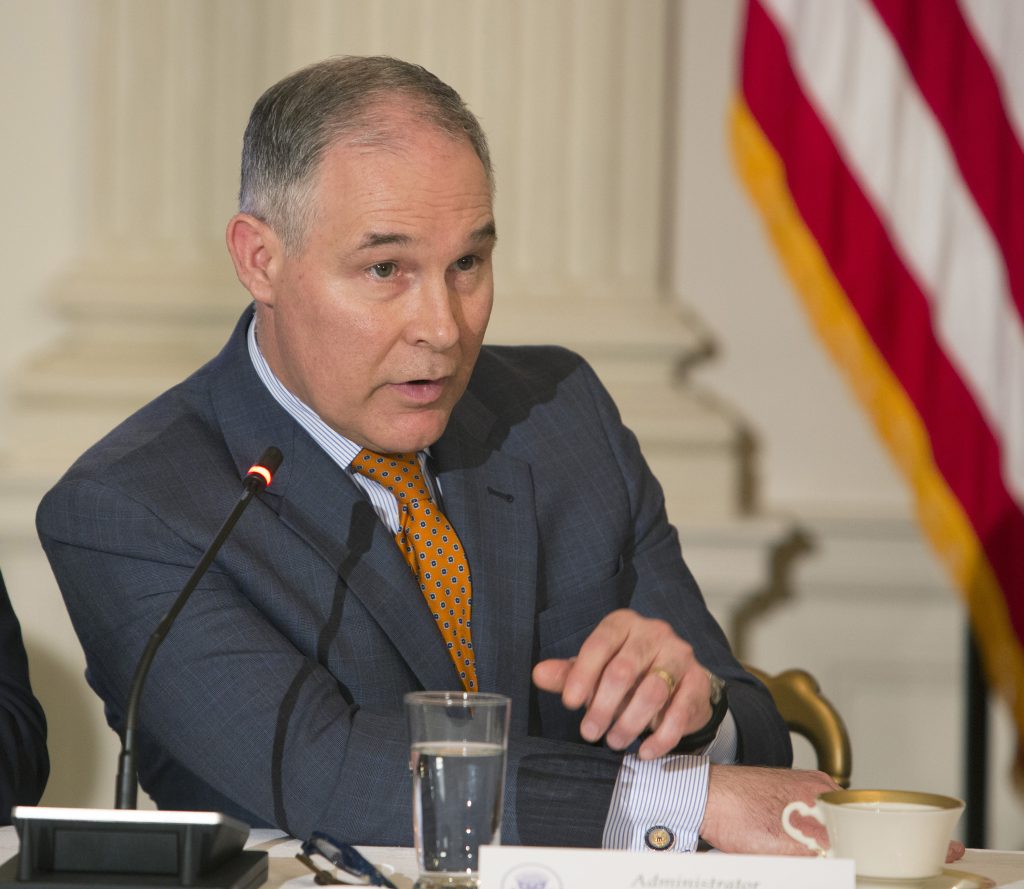 The EPA Office of Inspector General also faulted the agency for deciding to more than triple the number of bodyguards assigned to protect the administrator before Pruitt was even sworn in, “without using documented procedures to determine the proper level of protection required,” including a formal threat assessment.

“Without clear operating procedures, it is difficult to determine whether and how much of this cost increase may have been justified,” Jean Bloom, one of the report authors, said in a podcast describing the probe.

The report is the culmination of just one high-profile investigation into Pruitt’s brief tenure leading the EPA. Roughly a dozen other ongoing probes are still scrutinizing the administrator’s taxpayer-funded travel, his spending and an unorthodox Capitol Hill condo rental from a lobbyist.

Pruitt resigned under pressure on July 5 after months of damaging revelations that had prompted some Republicans to distance themselves from the EPA chief and question his continued effectiveness.

EPA officials argued Pruitt’s 24/7 security protection was necessary amid escalated risk. Pruitt’s long history challenging the agency and his quest to roll back some Obama-era environmental regulations made him a target for criticism.

Previously, six full-time agents were employed to provide door-to-door protection for former EPA Administrator Gina McCarthy, who served under former President Barack Obama. At the time, an agency official thought that fell short of what was needed, contending eight agents were actually required to be fully staffed.

The agency failed to sufficiently account for its decision to dramatically expand the administrator’s protection, the inspector general said. According to the watchdog, the EPA did not give internal auditors documentation of the decision or justification to continue the round-the-clock protection beyond an initial two-week period. Although EPA officials analyzed potential costs early on, the inspector general said it did not find a “threat analysis or documented decision to continue 24/7 protection.”

And though the EPA later cited a separate OIG report on pending and recent threat investigations to justify the security surge, that document came six months after the agency had already decided to boost Pruitt’s protection.

Under President Donald Trump, the agency broke with a seven-year practice of asking the U.S. Marshals Service to deputize Protective Service Detail agents to safeguard the administrator. The EPA maintains that federal law gives it sufficient law enforcement powers to provide protective services on its own.

The EPA argued that protective services are provided based on risk as well as formal threat assessments. “Some protectees are at risk simply based on the positions they hold,” the agency said in an initial, June 29 response to the OIG report. “We are, unfortunately, living in an era when political discourse is no longer polite and persons feel that political disagreements justify making statements on social media that incite violence.”

The inspector general also found that agents worked overtime without proper authorization, “resulting in improper payments of $106,507 between January 2016 and March 2017.”