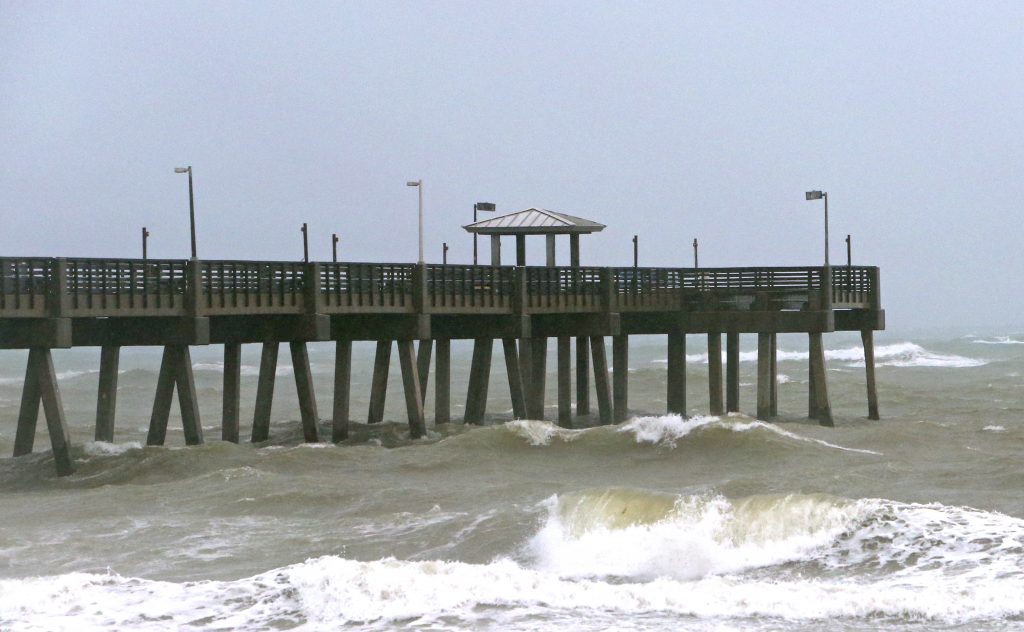 Tropical Storm Gordon lashed South Florida with heavy rains and high winds on Monday and is expected to strengthen into a hurricane when it hits the central U.S. Gulf Coast.

Gordon formed into a tropical storm near the Florida Keys early Monday as it moved west-northwest at 17 mph. The storm is expected to reach hurricane strength when it hits coastal Mississippi and Louisiana by late Tuesday. From there, it is forecast to move inland over the lower Mississippi Valley on Wednesday.

A hurricane warning was put into effect for the area stretching from the mouth of the Pearl River in Mississippi to the Alabama-Florida border. As much as 8 inches of rain could fall in some parts of the Gulf states through late Thursday.

The Miami-based center said the storm is also expected to bring “life-threatening” storm surge to portions of the central Gulf Coast. A storm surge warning has been issued for the area stretching from Shell Beach, Louisiana, to Dauphin Island, Alabama. The warning means there is danger of life-threatening inundation. The region could see rising waters of 3 to 5 feet.

At a press conference Monday afternoon, New Orleans Mayor LaToya Cantrell said the city has “the pumps and the power” needed to protect residents. But authorities issued a voluntary evacuation order for areas outside the city’s levee protection system, including the Venetian Isles, Lake Saint Catherine and Irish Bayou areas.

Cantrell urged residents within the levee protection area to stock up on supplies and shelter in place.

Separately, Tropical Storm Florence continues to hold steady over the eastern Atlantic. Forecasters say little change in strength is expected in coming days and no coastal watches or warnings are in effect.