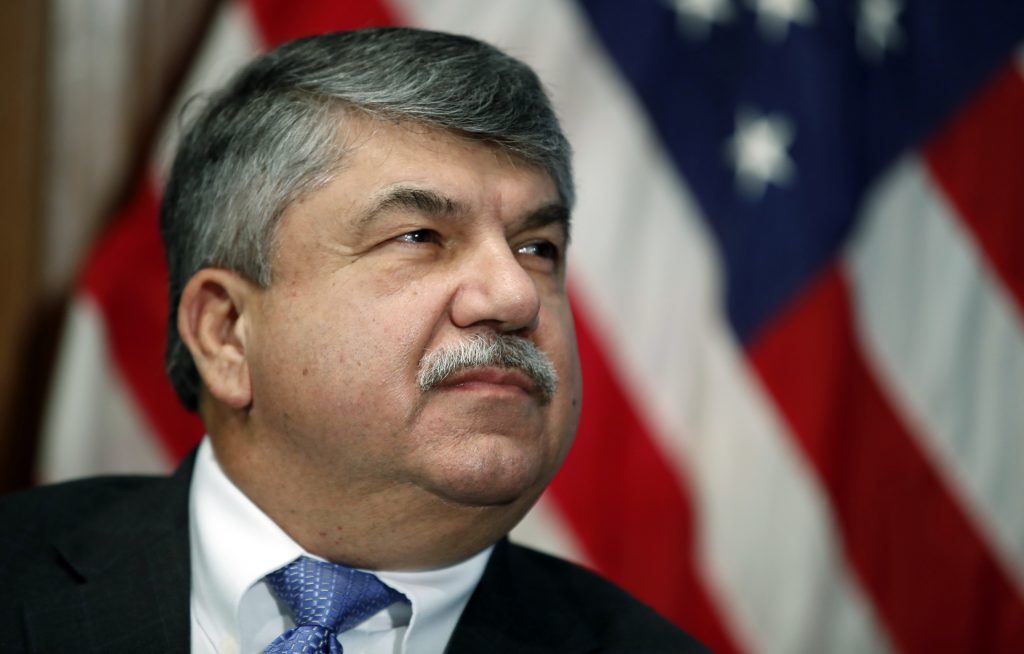 President Donald Trump started his Labor Day with an attack on a top union leader, lashing out after criticism from AFL-CIO President Richard Trumka.

Mr. Trump tweeted Monday that Trumka “represented his union poorly.” He added: “it is easy to see why unions are doing so poorly. A Dem!”

The president’s attack came after Trumka appeared on Fox News over the weekend where he said efforts to overhaul the North American Free Trade Agreement should include Canada. Trumka, whose organization is an umbrella group for most unions, said the economies of the United States, Canada and Mexico are “integrated” and “it’s pretty hard to see how that would work without having Canada in the deal.”

The president said Saturday on Twitter that there was “no political necessity” to keep Canada in NAFTA. But it’s questionable whether Trump can unilaterally exclude Canada from a deal to replace the three-nation NAFTA agreement, without the approval of Congress. Any such move would likely face lengthy legal and congressional challenges.

Trump administration negotiations to keep Canada in the reimagined trade bloc are to resume this week as Washington and Ottawa try to break a deadlock over issues such as Canada’s dairy market and U.S. efforts to shield drug companies from generic competition.

Mr. Trump wants to get a trade deal finalized by Dec. 1.

Trumka also said of Trump: “the things that he’s done to hurt workers outpace what he’s done to help workers,” arguing that Trump has not come through with an infrastructure program and has overturned regulations that “will hurt us on the job.”

The unemployment rate of 3.9 percent is not at the best point ever, but it is near the lowest in 18 years.