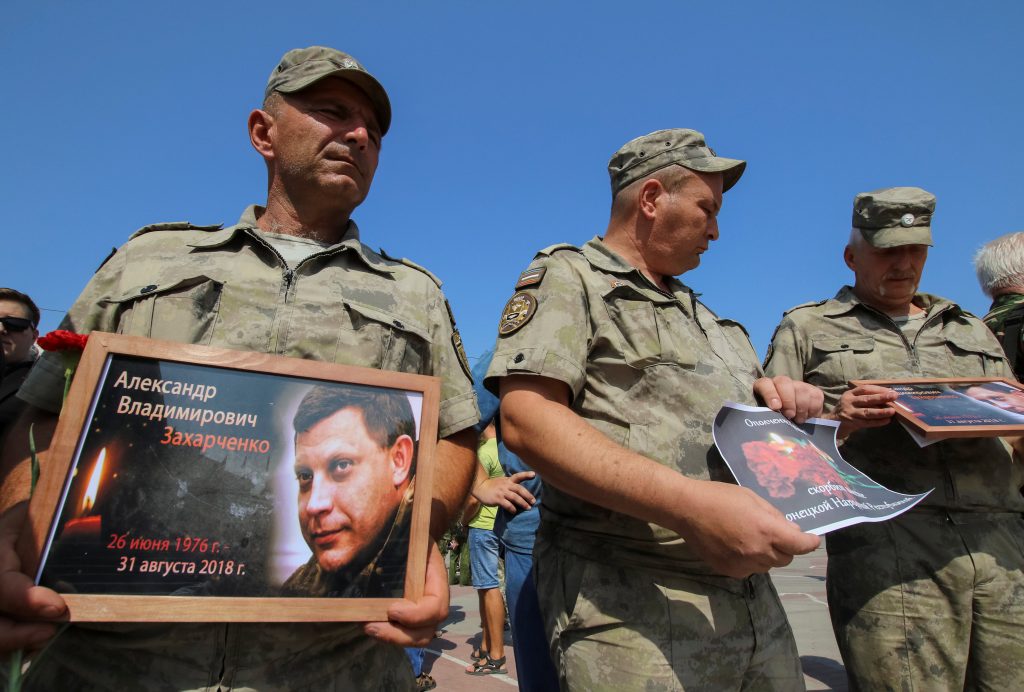 Russia ruled out any rapid progress in peace talks for eastern Ukraine after pro-Russian separatist leader Alexander Zakharchenko was killed in a bomb explosion.

Zakharchenko, 42, was a native of the Donetsk region who led the self-proclaimed Donetsk People’s Republic in an armed rebellion against the Ukrainian state for the past four years.

He was killed in the regional capital Friday at a restaurant in the Donetsk city center, according to the rebel group’s Donetsk News Agency.

Russian Foreign Minister Sergei Lavrov said Saturday that the attack was “Ukraine’s provocation … obviously aimed at derailing the implementation of the Minsk agreements,” referring to the 2015 deals aimed at resolving the Ukraine conflict.

The fighting in the country’s two easternmost regions, Donetsk and Luhansk, erupted four years ago in response to Ukraine ousting its pro-Russian president in a pivot to the West. More than 10,000 people have since died in the conflict.

It is now “impossible” to talk about planning the next international talks over the conflict, Lavrov said, according to the TASS news agency.

“This is a serious situation that needs to be analyzed,” he said.

France and Germany are seeking to bring Ukraine and Russia to the negotiating table for talks focused on a potential United Nations military mission to the troubled region.