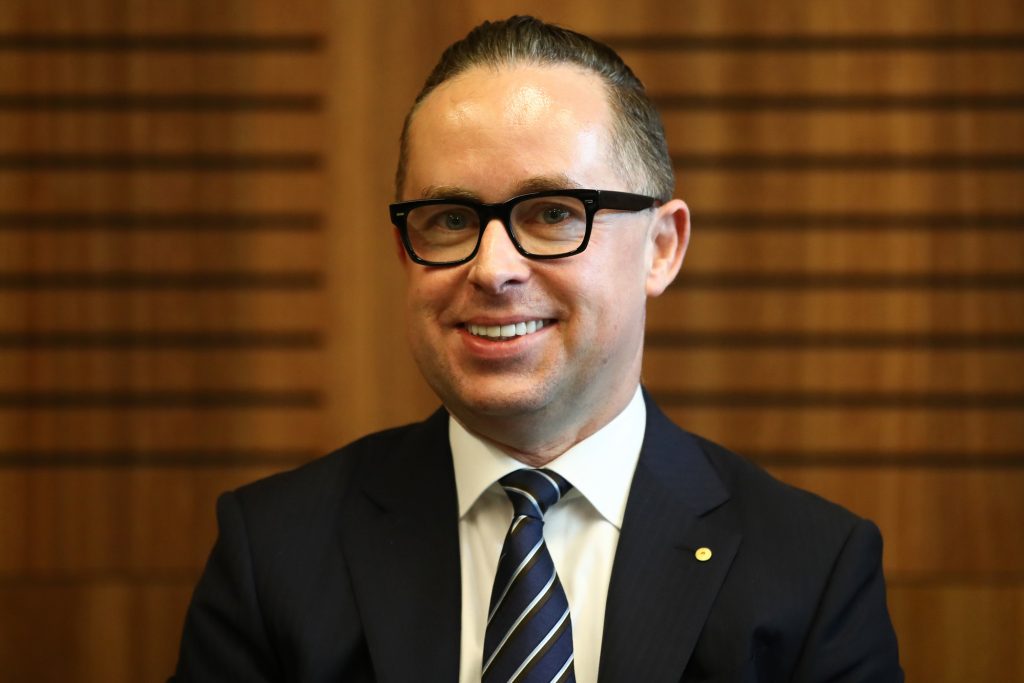 The goal of a non-stop flight from Sydney to London, half the way around the planet, took a leap forward as the world’s top plane-makers convinced Qantas Airways they can make the 20-hour route a reality.

A year after Qantas Chief Executive Officer Alan Joyce publicly challenged Boeing and Airbus to design a plane capable of making a viable direct flight from Sydney to London or New York, he says the manufacturers have succeeded.

“We’re now comfortable that we think we have vehicles that could do it,” Joyce said in an interview in Qantas’s central Sydney offices.

Project Sunrise, as Qantas calls it, involves configuring an aircraft so that it can fly about 300 passengers and their luggage further than any regular service to date, with fuel in hand for unexpected headwinds and emergencies. If the first routes prove viable in 2022, direct connections from major cities in the Americas, Europe and Africa to Australia could follow.

Qantas and the manufacturers are dreaming up cabin interiors geared toward surviving such marathon flights. There’s scope to incorporate bunks, child-care facilities and even somewhere to work out, Joyce said.

“We’re challenging ourselves to think outside the box,” he said. “Would you have the space used for other activities: exercise, bar, creche, sleeping areas and berths? Boeing and Airbus have been actually quite creative in coming up with ideas.”

Qantas is sizing up the long-range Airbus A350 against Boeing’s 777X and executives from both manufacturers flew to Sydney to make presentations. Joyce plans to place an order next year and says neither supplier has its nose in front. Competition for the contract could help Qantas get the design and price it wants.

“We are looking at all the options to meet the Project Sunrise requirements but can’t comment on the details of our discussions with Qantas,” Airbus said in an email. Boeing said: “We are confident that we can meet the customer’s requirements in terms of range and capability.”

Airbus in April gave a glimpse of the future when it unveiled at a Hamburg exhibition the sleeping modules that could slot into an aircraft’s cargo compartments. The berths will initially be available on the A330 from 2020, and potentially on the A350, the company said.

Joyce’s ambitious plan follows a three-year turnaround that resurrected a national airline almost on its knees. He’s attempting to build an unprecedented network of super-long routes just as the industry’s notorious boom-and-bust cycle may be heading downhill.

Earnings, profit margins and returns on invested capital at airlines worldwide this year will fall to the lowest level since 2014 as higher fuel prices bite, according to the International Air Transport Association. Qantas, after reporting record annual profit last week, said its fuel bill will jump 21 percent to about A$3.92 billion ($2.9 billion) in the year through June 2019.

That’s an advantage for more fuel-efficient aircraft such as Boeing’s 787 Dreamliner, which help the economics of long-range services.

In 1935, flying from Australia to London took 12 1/2 days and even the luxury flying boats that plied the route later in the decade required as many as 30 stops. Qantas in March started flights between Perth and London, the first direct link between Australia and Europe. “London is back in profits,” Joyce told analysts last week.

Other airlines are also eyeing ultra-long flights. Singapore Airlines Ltd. will restart its non-stop service to New York on Oct. 11 with Airbus’s ultra, long-range A350-900. The 19-hour service will overtake Qatar Airways’ Doha-Auckland route as the world’s longest flight.

Project Sunrise goes further. The routes are so long that Qantas needs sign-off from regulators and a new agreement with pilots. Joyce isn’t deterred.

“I’m actually confident that it will get there and we will have aircraft in 2022,” he said.