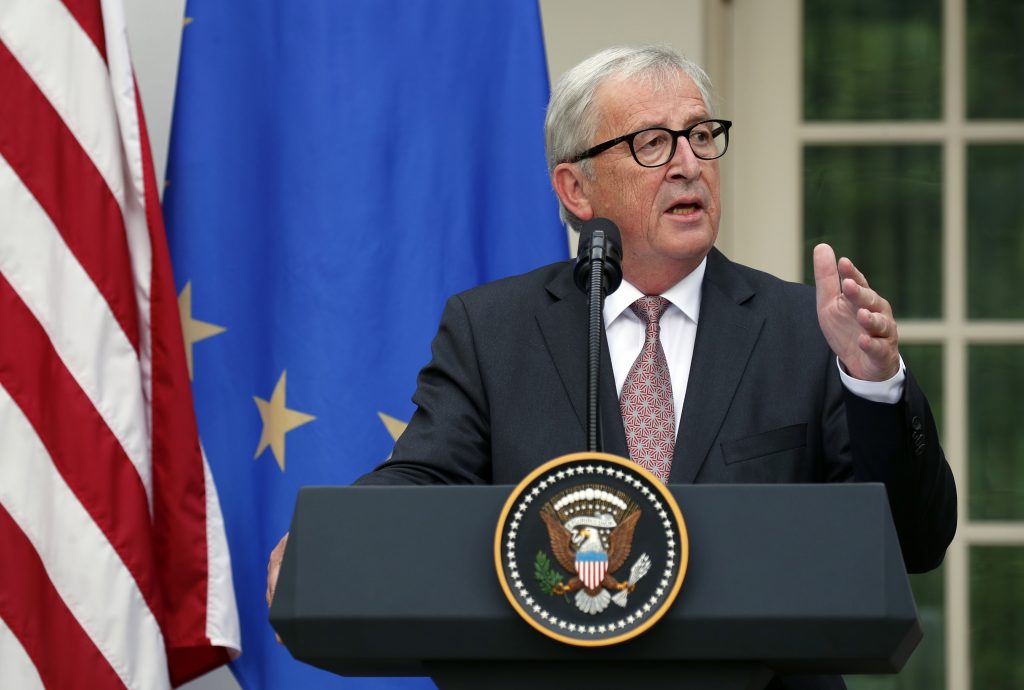 The European Union’s top trade official says the bloc is in exploratory talks with the United States to see whether it would be possible to reach a limited trans-Atlantic agreement on the tariff of goods.

EU Trade Commissioner Cecilia Malmstrom said Thursday that “this could be, possibly, a more limited trade agreement focused on tariffs on goods only.”

Malmstrom rejected suggestions the EU is caving in to U.S. pressure, saying “we are not negotiating anything.”

“We have made no concessions. We have tried to see if there is a positive agenda,” she told EU lawmakers in Brussels.

The two sides are likely to hold talks in the Belgian capital in coming weeks.

While she acknowledged that both sides might have greater ambitions, concluding something as broad as the now-shelved Trans-Atlantic Trade and Investment Partnership “is not possible.”

If the sides can agree on its scope, Malmstroem said, a limited pact encompassing tariffs could be concluded before the current EU Commission’s mandate expires in October 2019.

She noted that Trump and Juncker agreed no new tariffs would be imposed while talks are ongoing and that should Washington slap duties on European cars, any negotiations would stop.