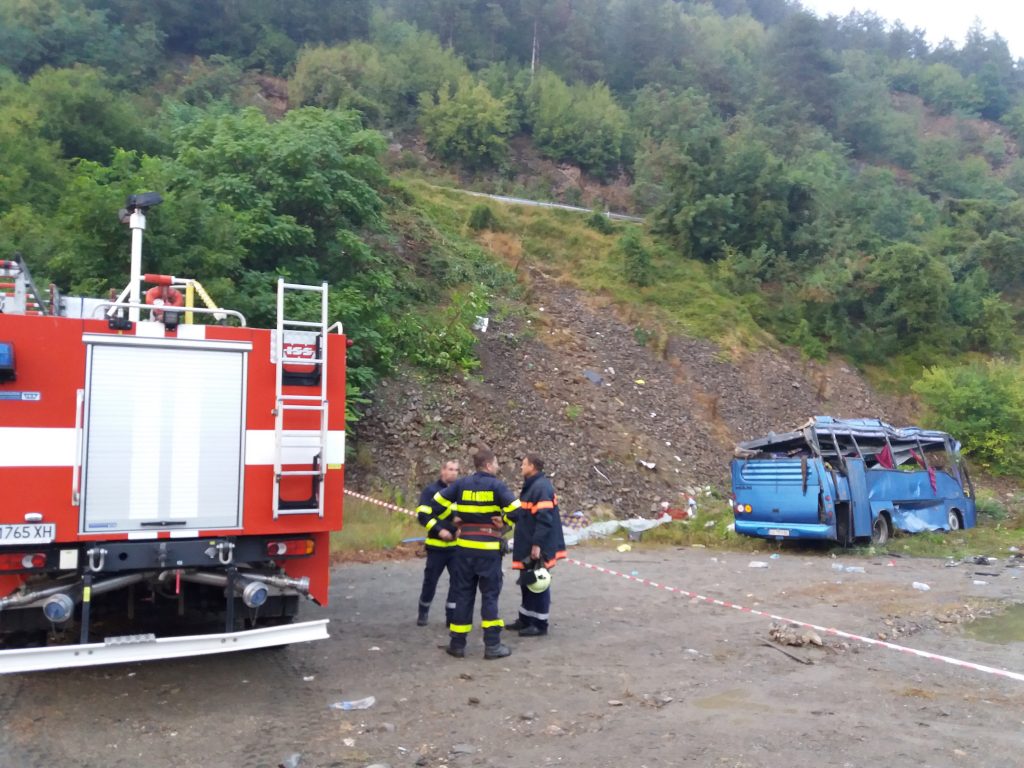 Bulgarian authorities say a tourist bus has flipped over on a highway near Sofia, the capital, killing at least 16 people and leaving 26 others injured.

Police said a bus carrying tourists on a weekend trip to a nearby resort overturned and then fell down a side road 66 feet below the highway. The accident happened at 5:10 p.m. Saturday about 12 miles north of Sofia.

Ambulances rushed to the scene and took the injured to Sofia hospitals. Doctors said some of them were in critical condition.

The major of Bozhurishte, north of Sofia, told reporters that all the passengers were from his village.

The government declared Monday a national day of mourning for the victims.