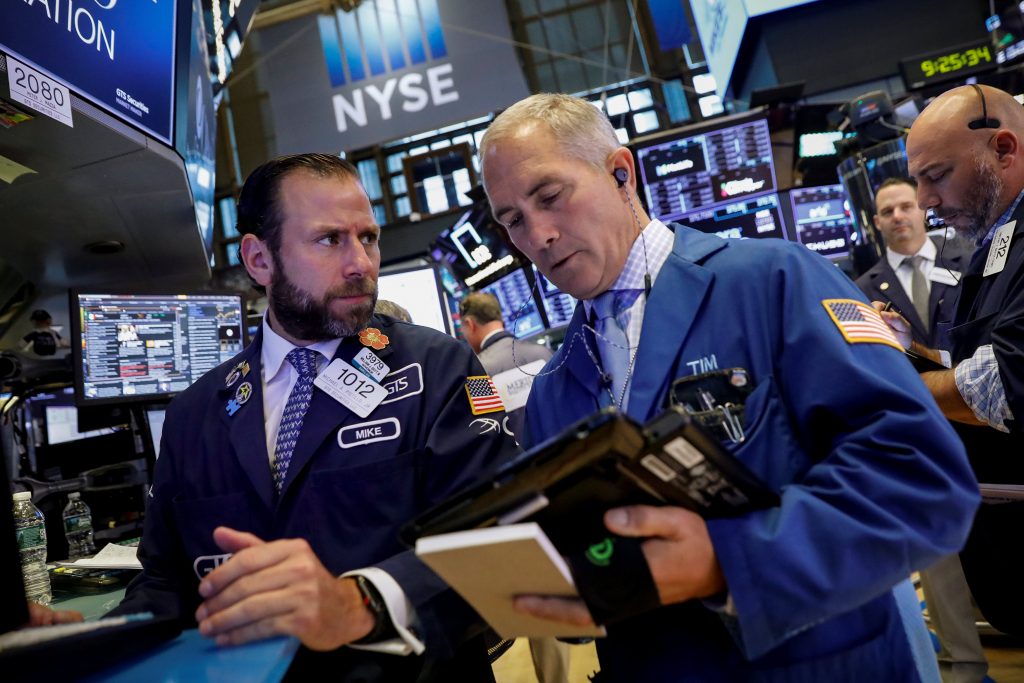 Stocks veered mostly lower on Wall Street Thursday as losses in banks and energy companies offset gains elsewhere in the market. Homebuilders also declined following new data showing sales of new U.S. homes slumped in July. Technology stocks moved higher, adding to recent gains. Investors had their eye on trade as the U.S. and China rolled out more tariffs on each other, escalating their trade dispute even as representatives from both nations held their first high-level talks in two months.

TRADE TUSSLE: The U.S. and China imposed 25 percent tariffs on $16 billion of each other’s goods, including automobiles and factory equipment. The increases, which were announced previously, came even as envoys from both countries met in Washington for their first high-level talks in two months. Beijing has rejected U.S. demands to scale back technology development plans that its trading partners say violate Chinese market-opening pledges and that American officials worry might erode the United States’ industrial leadership.

Investors came into this week feeling cautiously optimistic that the talks may lead to an end to the U.S.-China trade dispute. The market has mostly shrugged off the trade uncertainty in recent weeks, focusing instead on another strong quarter of corporate earnings growth. Earnings at S&P 500 companies have surged 23 percent in the first half of this year versus the same period a year earlier, according to S&P Global Market Intelligence.

THE QUOTE: “The market is waiting to see the effect of the tariffs,” said JJ Kinahan, chief market strategist for TD Ameritrade. “It’s hard to argue what’s going on with earnings.”

NOT BANKING ON IT: Banks and other financial stocks took some of the biggest losses. Charles Schwab declined 1.6 percent to $50.12.

ON SHAKY GROUND: Homebuilders were trading lower after the Commerce Department said sales of new U.S. homes slumped in July for the second month in a row. Meritage Homes fell 2.2 percent to $43.05.

TECH BOOST: Technology companies notched some of the biggest gains. Synopsys was among the sector’s big gainers, climbing 6.5 percent to $100.85 after the maker of software used to test and develop chips topped Wall Street expectations in the third quarter.

The slide in oil prices weighed on some energy stocks. Concho Resources fell 2.1 percent to $133.49.