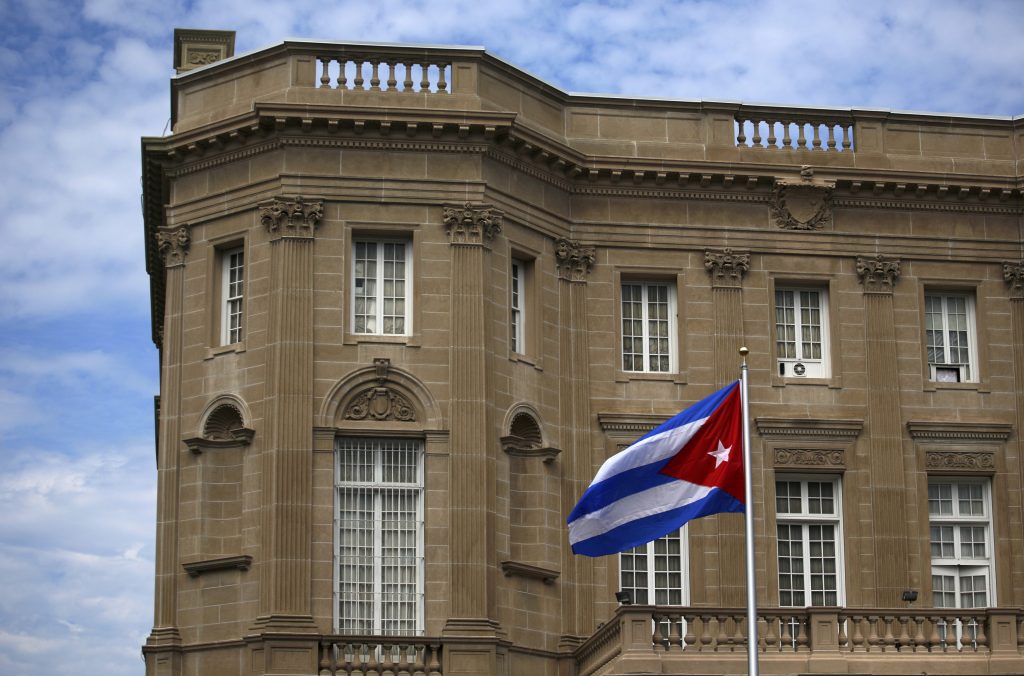 A Cuban journalist who says he was accused of spreading propaganda and working as a paid agent of the American government is being detained in Texas while he pleads with federal officials to grant him asylum in the United States.

Serafín Morán Santiago, 40, a freelance journalist who has worked for Univision 23, Telemundo and Cubanet, arrived at the U.S. border in April after being targeted for his political writings and criticism of the Cuban government, he said.

“In Cuba, they see the opposition as worse than criminals,” Morán told asylum officers in his first interview seeking protection in the United States, according to a copy of the transcript.

Morán’s case reflects the challenges Cubans face seeking refuge in the United States. Fewer than two years ago, Morán simply could have arrived at the border and he would have been welcomed.

Now, he is being held at a Texas detention center with thousands of Central Americans and other foreign nationals who are also trying to persuade federal authorities to allow them to remain in the United States.

From the South Texas Detention Center in Pearsall, Morán said by phone that he was targeted by Cuban officials for participating in demonstrations and writing about human rights violations. He said he’s been arrested repeatedly, had his reporting equipment confiscated and once was kidnapped by authorities.

Morán first sought refuge in Guyana and then México, but said Cuban officials and sympathizers in those countries learned of his arrival and targeted him.

Morán is awaiting a judge’s decision on a second request to be released on parole while his asylum case makes its way through the courts. But his biggest concern, he said, is that he could be forced to return to Cuba.

A few weeks before leaving the White House early in 2017, President Barack Obama declared an end to the “wet foot, dry foot” policy, which allowed most Cubans who set foot on U.S. soil to remain. The change was among many of Obama’s efforts to normalize relations with Cuba.

When President Donald Trump took office, he upheld the decision, writing in a memorandum that the old policy “encouraged untold thousands of Cuban nationals to risk their lives to travel unlawfully to the United States.”

Since then, Cuban nationals who attempt to enter the United States have faced the same hurdles that other foreign nationals do, including the possibility of deportation.

U.S. officials say fewer Cubans are making the journey because of the policy change. In fiscal year 2017, 15,410 Cuban nationals arrived in the United. With fewer than two months left in the fiscal year, only 5,400 have arrived in fiscal 2018.

Fifty Cuban nationals have applied for asylum this year. As of June 30, no one has been granted asylum. Last year, 33 percent of Cuban nationals who sought asylum received it.

To receive asylum in the United States, applicants must prove they have well-founded fears of persecution because of “race, religion, nationality, membership in a particular social group or political opinion.”

U.S. officials would not address specifics of Morán’s case. U.S. Citizenship and Immigration Services spokesman Michael Bars said the agency considers all asylum applications “fairly” and on “a case-by-case basis to determine if they meet all standards required under applicable law, policies, and regulations.”

The international press advocacy group, Reporters Without Borders, and Morán’s lawyers believe he has a strong case. They point to his years being held in Cuban jails, and repeated arrests and beatings for participating in marches, and writing critically of the Havana government.

“He’s shown that he’s been targeted in the past. He’s been persecuted in the past,” said Priscilla Olivarez, who represents Morán and is the managing attorney for Legal Advocacy for Immigrant Survivors in San Antonio. “He’s openly and vocally spoken out against the government so he’s definitely a target. If he’s forced to return to Cuba, I think the likelihood of him being targeted again, imprisoned again or even killed is significant.