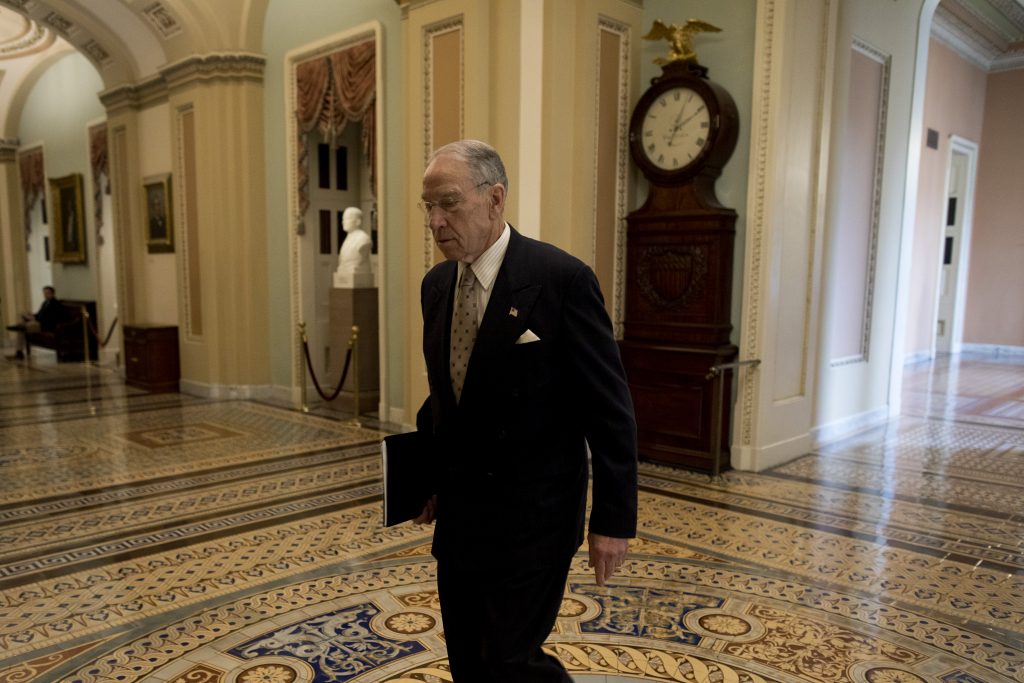 Blockbuster health-care acquisitions involving two Connecticut insurers could reduce competition in prescription drug pricing and deal a blow to consumers, Sen. Charles Grassley, chairman of the Senate Judiciary Committee, said as he asked the U.S. Department of Justice to take a closer look at the corporate deals.

Regulators are reviewing a $69 billion acquisition of Hartford-based Aetna Inc. by CVS Health Corp. and the $67 billion purchase of Express Scripts Holding Co. by Cigna Corp. in Bloomfield.

Grassley, R-Iowa, on Tuesday cited a report by the Kaiser Family Foundation detailing industry concentration. The proposed mergers of CVS Health and Aetna and Cigna and Express Scripts would result in further consolidation of the Part D marketplace,” the Kaiser report said.

“If these mergers go through, four firms — the two merged firms plus UnitedHealth and Humana — would cover 71 percent of all Part D enrollees and 86 percent of stand-alone drug plan enrollees, based on 2018 enrollment,” it said.

Grassley said in a letter to Makan Delrahim, the assistant attorney general who heads the Justice Department’s antitrust division, that over the past several years, consumers “have faced substantial increases in drug prices across the board.”

Carolyn Castel, a spokeswoman for CVS, said the intent of the Aetna deal “is to create a new health-care model that will help consumers improve their health by focusing on prevention and primary care, simplifying their health-care experience and reducing costs.”

CVS is in “productive discussions” with regulators, including Department of Justice officials, she said.

Cigna said that with Express Scripts, “we will expand choice, improve affordability, increase innovation that is needed in the U.S. health-care system and enhance alignment and transparency for customers, clients and health plans.”

The insurer said its optimistic regulators will back the deal.

Sen. Richard Blumenthal, D-Conn., a member of the Senate Judiciary Committee, said in an emailed statement he will try to make sure Justice Department officials ask the “right questions,” such as what impact the deals will have on prescription drug prices, competitors, hospitals and other industry players.

The proposed transactions may improve efficiency but also could lead to increased barriers to entry for competition, Grassley said.

Critics of the deals have cited competition and consumer choice. The American Medical Association criticized the Aetna-CVS deal, saying it will leave consumers with fewer health-care choices.

Cigna and Express Scripts have defended the deal, which supporters say could help control health-care costs as consolidation picks up in the insurance and pharmacy benefits management industries.

Executives say the CVS-Aetna deal will integrate the work of doctors, pharmacists, other health- care professionals and health benefits companies to establish an easier-to-use and less expensive platform for consumers.