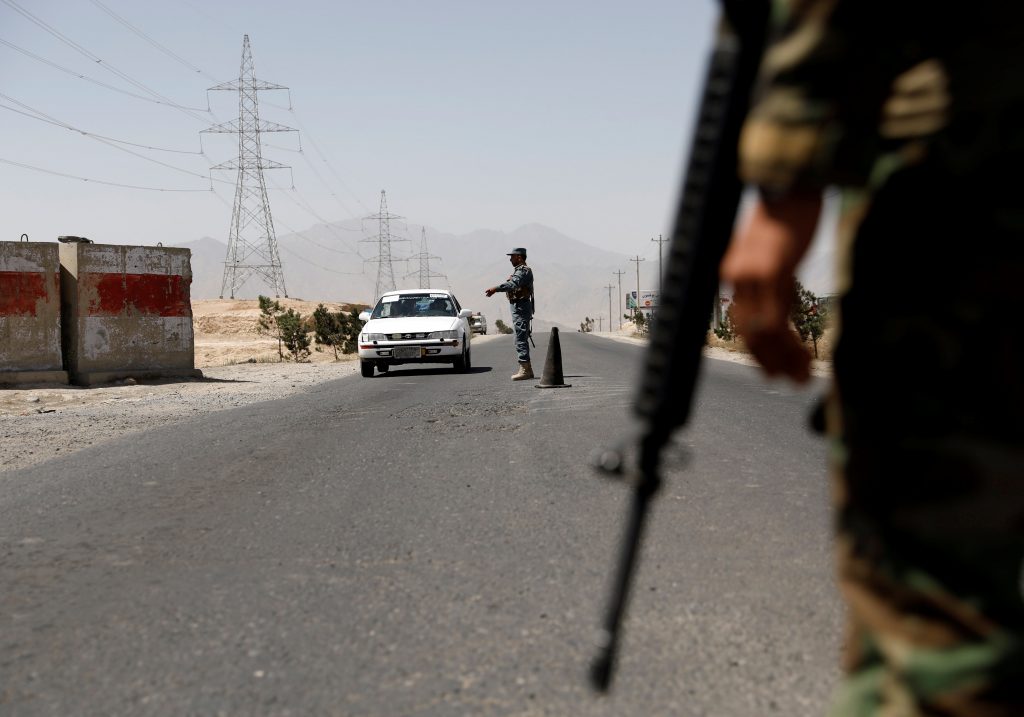 Taliban terrorists attacked police headquarters and other government buildings in Ghazni in central Afghanistan on Sunday and were threatening to seize control of the city, with the main highway now heavily mined, local lawmakers and residents said.

U.S. aircraft conducted at least four air strikes and local media said around 100 people, mostly members of the security forces, had been killed. But details of the fighting were unclear as most of the city’s telecom masts were destroyed in fighting over recent days.

Mohammad Sharif Yaftali, Afghan army chief of staff, said the city was not under threat of collapse and heavy fighting was underway to push back the Taliban from city limits.

“Strategic locations and centers in the city are under the control of Afghan forces and the Taliban are hiding inside people’s homes and shops and resisting,” Yaftali told reporters at a news conference in Kabul.

But lawmakers from Ghazni who managed to talk to some residents said Taliban were in control of much of the city after launching an initial attack in the early hours of Friday.

“Only the governor’s office, police headquarters and intelligence agency’s compound are in the hands of the government and Taliban are pushing to take them,” said Chaman Shah Ehtemadi, a lawmaker from Ghazni.

The attack, the heaviest blow struck by the Taliban since they came close to overrunning the western city of Farah in May, dampened hopes of peace talks which had grown since a surprise three-day truce during a religious holiday in June.

But local officials have warned for months that Ghazni, a strategic city on the main highway linking Kabul with Afghanistan’s south, was under threat, with the Taliban in control of most of the surrounding province.

Mohammad Rahim Hasanyar, a member of the provincial council, said heavy fighting was continuing in several areas of the city and Afghan forces were in defence mode.

“No one knows what the exact situation is because there is no communication service,” he said.

There was no confirmed word on casualties. Quoting a hospital official, Afghanistan’s 1TV reported more than 90 members of the security forces and 13 civilians had been killed, with more than 100 wounded. It said there had also been heavy Taliban casualties.

With the highway heavily mined to prevent reinforcements from arriving, residents were largely blocked inside but some who managed to escape across fields on the city’s periphery said many government buildings were ablaze.

“There was burning and fire and dead bodies everywhere in the city,” Abdul Wakil, a local resident who escaped, told Reuters at a checkpoint into Kabul.

President Ashraf Ghani made no mention of the crisis during an extended speech on youth affairs on Sunday and with little coming out from the government, people were left to rely on alternative sources of information.

Short videos circulating on social media, purported to be from Ghazni, showed a number of heavily armed Taliban patrolling in the city with a large plume of smoke and flames coming out from the town.

The Taliban have not taken a major provincial center since they overran the northern city of Kunduz in 2015 and the assault on Ghazni was a major blow to the Western-backed government just weeks before parliamentary elections scheduled for Oct. 20.