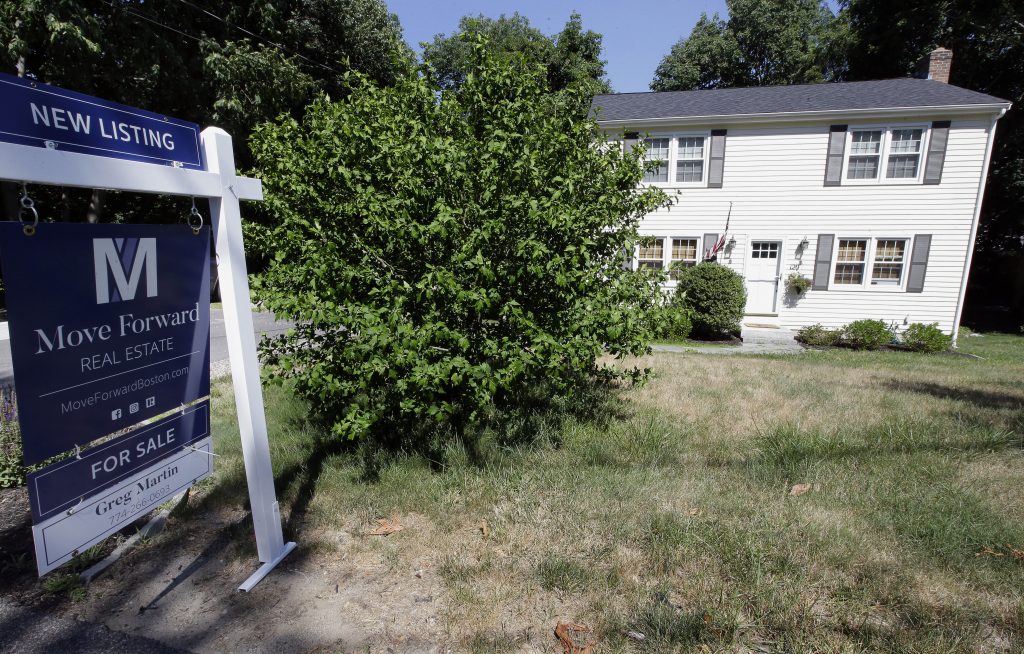 Long-term U.S. mortgage rates are down this week amid a restrained home buying season this summer.

Mortgage buyer Freddie Mac said Thursday the average rate on 30-year, fixed-rate mortgages slipped to 4.59 percent from 4.60 percent last week. Long-term loan rates have been running at their highest levels in seven years. The average benchmark 30-year rate reached a high this year of 4.66 percent on May 24. By contrast, the rate stood at 3.90 percent a year ago.

The average rate on 15-year, fixed-rate loans fell to 4.05 percent this week from 4.08 percent last week.

The Federal Reserve recently left its key interest rate unchanged but signaled further gradual rate hikes in the months ahead as long as the economy stays healthy.

The average rate for five-year adjustable-rate mortgages fell to 3.90 percent from 3.93 percent last week. The fee rose to 0.3 points from 0.2 points.