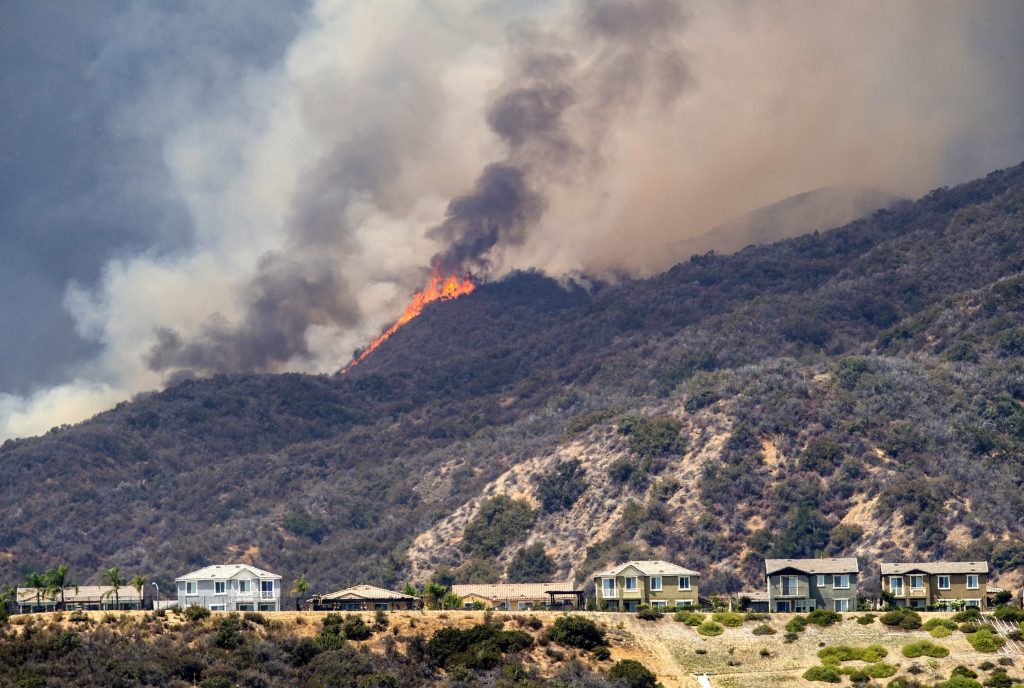 Scientists say California’s record wildfires have been fed by an abnormally hot and dry fire season, but the Trump administration says that there’s a culprit to blame other than climate change: environmentalists and their policies.

“Radical environmentalists” should shoulder some of the blame for pushing back against “active forest management,” policies that include mechanical thinning and timber harvest to reduce the risks of wildfires, Interior Secretary Ryan Zinke wrote in an op-ed in USA Today on Wednesday.

Zinke is the latest administration official to echo President Donald Trump, who tweeted Monday that the fires that have killed at least seven people and consumed more than 500,000 acres of land, should be blamed on “bad environmental laws,” an assertion that environmentalists and scientists reject.

“Zinke, like Trump, continues to deny the obvious. It is climate change that is exacerbating wildfire season in the West,” said Kirin Kennedy, associate director for lands and water legislative policy at the Sierra Club. “The long-term safety of homes, businesses and families in the path of these fires relies on cutting climate pollution – something wholly at odds with Secretary Zinke’s push to drill, mine and frack every possible acre of our parks and public lands.”

Trump started blaming environmentalists earlier this week. “Must also tree clear to stop fire spreading!” Trump tweeted, apparently referencing an unrelated agricultural dispute involving the amount of water from snow melt in the Sierra’s being allowed to flow into the Pacific Ocean to sustain fish populations in rivers rather than being used to irrigate farmland.

Commerce Secretary Wilbur Ross picked up on that theme on Wednesday, saying he’s directed the National Marine Fisheries Service to “facilitate access to the water needed to fight the ongoing wildfires affecting the state of California.”

But California’s fire service says there’s no shortage of water.

“We have plenty of water to fight these fires,” the California Department of Forestry and Fire Protection said on Monday in a statement tweeted by ABC7 news. It said that two of the biggest fires are near lakes that are being used to obtain water.

Michael Mann, Distinguished Professor of Atmospheric Science at Penn State, said a key contributor to the worsening wildfires is increased temperatures and drought due to human-caused climate change.

Zinke argued in the opinion piece that when authorities “try to thin forests of dead and dying timber, or we try to sustainably harvest timber from dense and fire-prone areas, we are attacked with frivolous litigation from radical environmentalists who would rather see forests and communities burn than see a logger in the woods.”

“The buildup of fuels is the condition we can and must reverse through active forest management like prescribed burns, mechanical thinning and timber harvests,” he wrote.

While experts consider forest thinning – a policy advocated for by the timber industry – a valid way to reduce the risk of wildfires, many of the fires in California are taking place where thinning already occurred, said Char Miller, a professor of environmental analysis and history at Pomona College in Claremont, California.

“The relationship is not as easy as he describes it,” Miller said in a phone interview.

On Tuesday, speaking to reporters from his resort in New Jersey, Trump pledged to help protect people in the path of the fires.