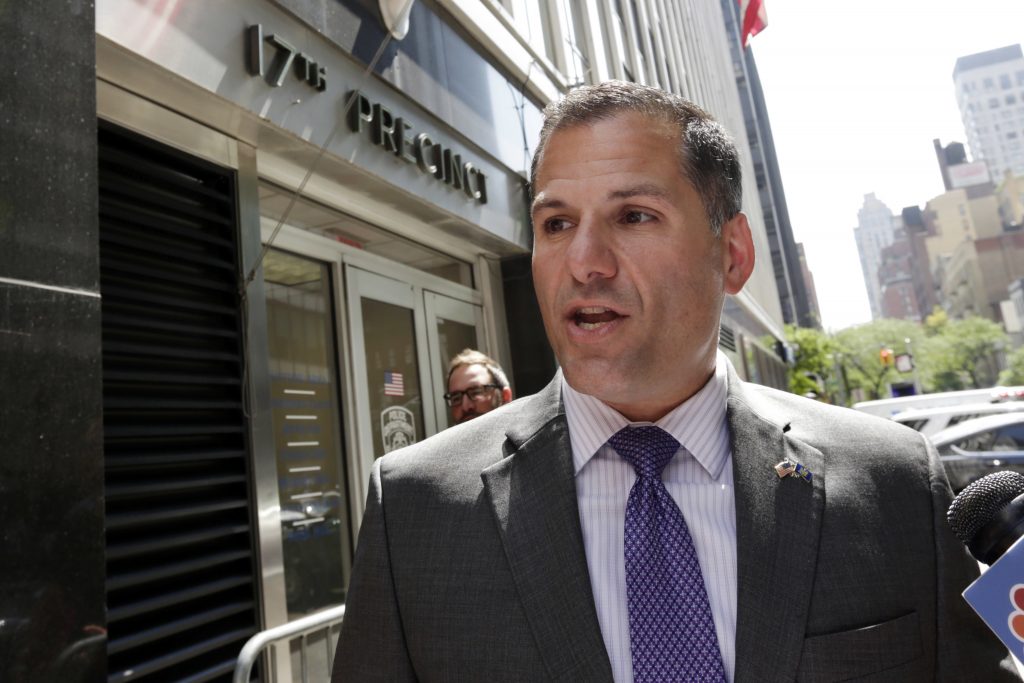 Molinaro tried to file a police report at a Manhattan precinct alleging that Cuomo broke the law by allowing former aide Joe Percoco to use a state office after he left state service. Percoco was convicted of accepting bribes earlier this year. Trial testimony indicated that Percoco worked from his state office even after he resigned to lead Cuomo’s 2014 re-election campaign.

Police instructed Molinaro to contact the state attorney general — something he’s already done, the candidate told reporters. Molinaro and the state Republican Party have also filed a lawsuit against the state ethics commission after they say earlier complaints about Cuomo were not investigated.

“No one is above the law — not even Andrew Cuomo,” said Molinaro, the Dutchess County executive. “I and others continue to believe that services were stolen from New York state taxpayers at Gov. Cuomo’s explicit direction, and that can’t be allowed to stand.”

Cuomo was not charged with any crimes related to the Percoco case and has denied knowledge of Percoco’s misdeeds. He said his former top aide only used the state office while he transitioned to the campaign. A campaign spokeswoman dismissed Molinaro’s efforts to get the attention of law enforcement.

“The only thing less serious than this complaint is Marc Molinaro’s candidacy for governor,” said spokeswoman Lis Smith. “He should spend more time on his flailing campaign and less time wasting NYPD resources with these frivolous complaints.”

A spokeswoman for Attorney General Barbara Underwood, a Democrat, said the state’s top prosecutor would need a criminal referral from the state’s Board of Elections in order to investigate Molinaro’s allegations.