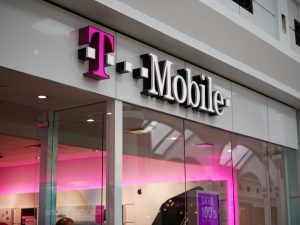 T-Mobile US Inc. is going back to basics by cutting prices, following years of relying on giveaways like free video streaming and complimentary Netflix accounts to attract subscribers.

Starting Friday, customers can get T-Mobile Essential, a $60-a-month plan with unlimited data and standard-definition video. A second line will cost $30, and additional lines are $10 if enrolled in an auto-payment plan. The Essential offer is $10 less than the company’s current unlimited plan, which comes with a Netflix subscription and covers fees and taxes.

The new lower price from T-Mobile matches Sprint’s unlimited plan and is $15 less than the base offer at Verizon Communications Inc., the market leader. It’s also $10 less than AT&T Inc.’s base unlimited plan.

T-Mobile is out to convince U.S regulators that the mobile-phone market will remain competitive even if it’s allowed to acquire Sprint – a $26.5 billion merger that was proposed in April. Consumer groups fear that prices will go up if the two smaller, more aggressive competitors are allowed to combine.

While the pace of user growth has been slowing for T-Mobile, the company raised its outlook for 2018 subscriber growth last week to as much as 3.6 million from 3.3 million previously.

Executives from T-Mobile and Sprint, the No. 4 provider, have argued that their combination would create a more formidable competitor to industry giants AT&T and Verizon.

The merger has faced minimal opposition so far. But the regulatory review is only just getting underway, and opponents who worry about higher consumer prices for service have until Aug. 27 to file objections to the Federal Communications Commission.

In addition to an OK from the FCC, the merger also needs approval from the Justice Department and the Committee on Foreign Investment in the U.S., or Cfius, which reviews acquisitions of American businesses by foreign buyers. Sprint is owned by Japan’s SoftBank Group Corp., which would become a major T-Mobile investor under the deal.