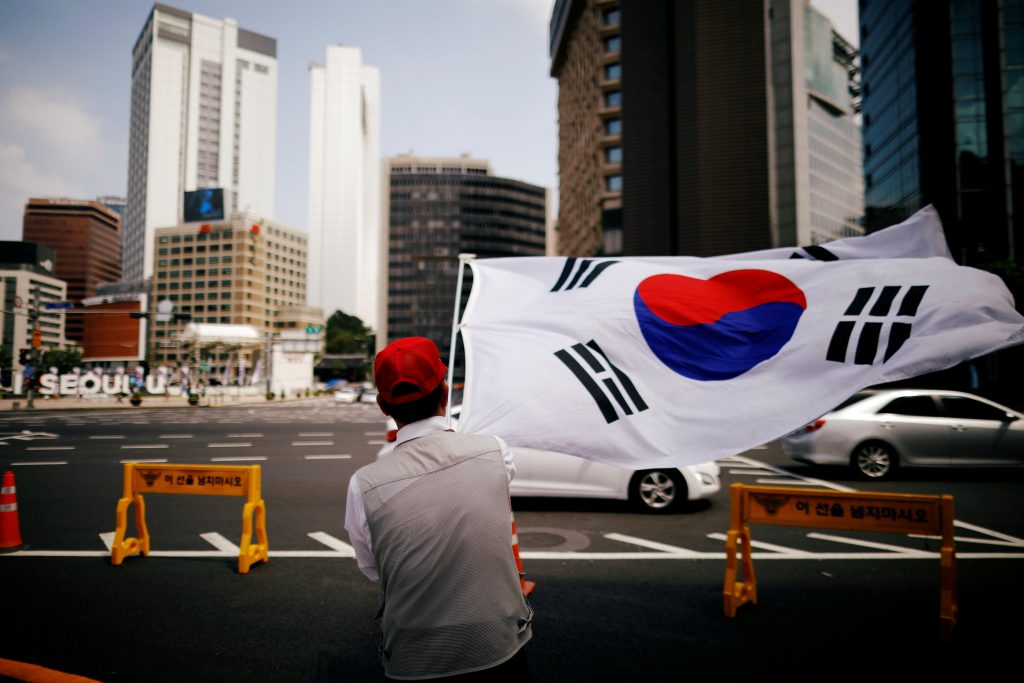 North Korean state media called on Monday for the United States to drop sanctions, saying Pyongyang had demonstrated good faith by ending its nuclear weapons testing and handing over the remains of U.S. troops killed in the Korean War.

The statements came just days after a confidential United Nations report concluded North Korea has not stopped its nuclear and missile programs, in breach of U.N. resolutions, and has continued to conduct illegal trades of oil, coal and other commodities.

North Korea and the United States vowed to work to end Pyongyang’s weapons programs at a landmark summit in June in Singapore, but have struggled to reach an agreement to accomplish that goal.

The North’s state media accused Washington of “acting opposite” to its plan to improve ties, despite Pyongyang making goodwill gestures, including a moratorium on nuclear and missile tests, the dismantling of a nuclear site, and the return of the remains of U.S. soldiers killed in the 1950-53 Korean War.

Such “practical measures” had already deprived U.N. Security Council resolutions of their reason for being, said the Rodong Sinmun, a ruling Workers’ Party mouthpiece.

“There have been outrageous arguments coming out of the U.S. State Department that it won’t ease sanctions until a denuclearization is completed, and reinforcing sanctions is a way to raise its negotiating power,” the newspaper said in an editorial.

“How could the sanctions, which were a stick the U.S. administration had brandished as part of its hostile policy against us, promote the two countries’ amity?”

The editorial, which was run along with front page articles and photos of leader Kim Jong Un’s visit to a catfish farm, was a fresh sign of Pyongyang’s frustration over the slow-moving nuclear negotiations.

Under President Donald Trump, the United States pushed the United Nations to impose tough sanctions on North Korea as Kim conducted a string of missile and nuclear tests last year.

At a security forum on Saturday, the two sides sparred over the Singapore agreement, with U.S. Secretary of State Mike Pompeo calling for maintaining sanctions against Pyongyang, and his North Korean counterpart, Ri Yong Ho, criticizing Washington for “retreating” from ending the war during a speech.

Pompeo suggested the North’s continued work on its weapons programs was inconsistent with Kim’s commitment to denuclearize, although he expressed optimism the process would be achieved.

On his way back to Washington, Pompeo played down the exchange of remarks with Ri, saying the tone was far different than it was last year.

“The minister made very clear of their continued commitment to denuclearize,” Pompeo told reporters traveling with him. “I probably don’t have his words exactly right, but it’s pretty close. Compare the anger, frankly, over years and years, and hatred, as spewed by the North Koreans; his comments were different.”

One outlet, Uriminzokkiri, lambasted the sanctions and pressure campaign as “anachronistic” and a hurdle for better relations, calling for efforts to officially declare an end to the Korea War.

The Korean War ended in an armistice, not a peace treaty, leaving the U.S.-led United Nations forces, including South Korea, technically still at war with the North.

The State Department has said it is committed to building a peace mechanism to replace the armistice, but only after the North abandons its nuclear program.

Maeri, another North Korean outlet, stressed the need for U.S. action to build confidence in response to the North’s moves to close its weapons programs and send back the soldiers’ remains.

Kim Eui-kyeom, a spokesman for South Korea’s presidential Blue House, said on Monday the government had no information regarding suspected sanctions evasion by North Korea as detailed in the confidential U.N. report.

South Korea is asking the North to speed up the process of denuclearization while asking the United States to show sincerity concerning North Korea’s demands for reciprocal steps, Kim said.