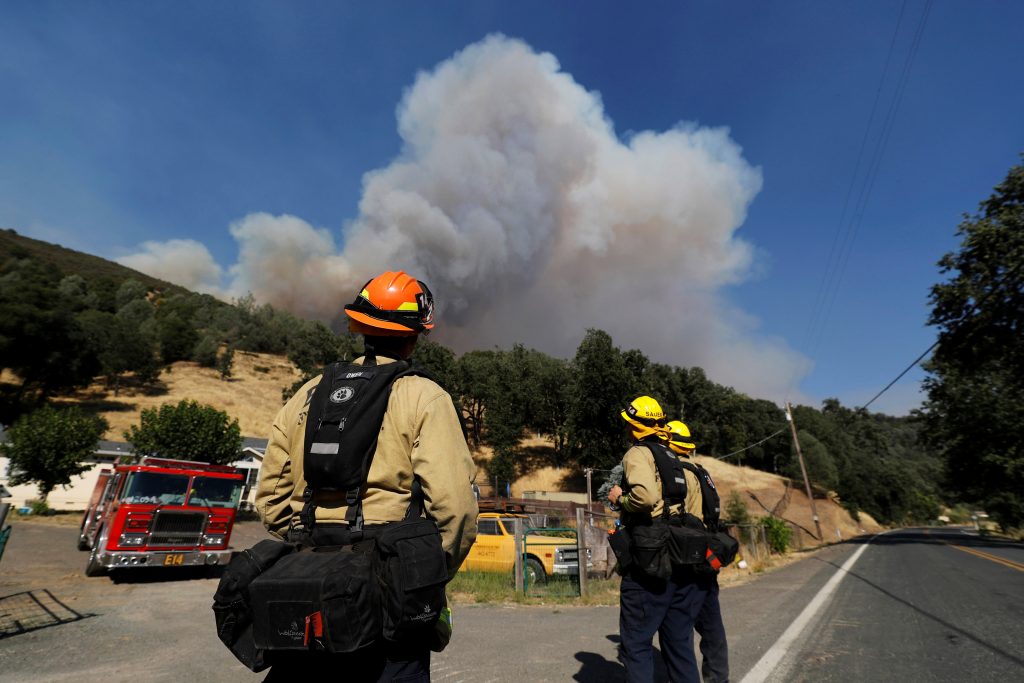 Following years of drought and a summer of record-breaking heat, immense tracts of forests, chaparral and grasslands have become tinder that allows even a small spark to explode into a devouring blaze, authorities said.

More than 13,000 firefighters are battling fires with the help of crews from as far away as Florida, but Gov. Brown repeated predictions from fire officials that California can expect a future of devastating fires, in part because of the changing climate.

“People are doing everything they can, but nature is very powerful and we’re not on the side of nature,” Brown said.

The largest blaze burned in the Redding area, in Shasta County north of Sacramento. Six people, including two firefighters, have died and the fire has destroyed 1,060 homes and nearly 500 other buildings, including barns and warehouses, making it the sixth most destructive wildfire in California history, state fire officials said.

Tens of thousands of people remain under evacuation orders.

However, authorities who had feared there might be more casualties reported Wednesday that all those who had been reported missing had been located.

The fire, which is nearly twice the size of Sacramento, was only 35 percent contained after more than a week.

Meanwhile, at least three new fires erupted Wednesday in the Sierra Nevada region, including a blaze in Placer County that had consumed 1 1/2 square miles of land.

North and east of San Francisco, two wildfires that began Tuesday near the communities of Covelo and Yuba City continued to burn through grass, brush and timberlands. The fire near Covelo prompted evacuation orders for about 60 homes in the farming and ranching area on the edge of the Mendocino National Forest.

A 100-square mile fire near Yosemite National Park prompted evacuation orders Wednesday for the community of Wawona inside the park, which has fewer than 200 residents. Yosemite Valley and other areas of the park have been closed to tourists since July 25 because of heavy smoke from the fire, which has burned nearly 64,000 acres and is only 39 percent contained.