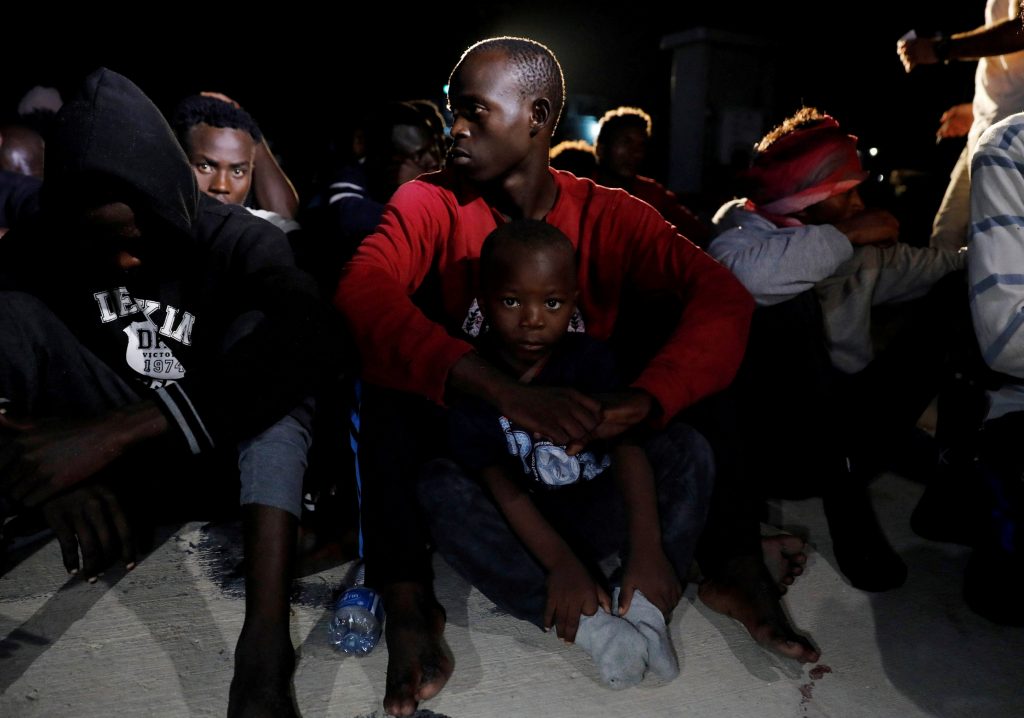 One group of 292 migrants, including 42 women and 10 children, embarked on the perilous trip for Europe on three rubber boats but the coast guard stopped them off the coast of the western town of Zawiya, coast guard spokesman Ayoub Gassim said in a statement.

Another group of 101 migrants on a rubber boat were also rescued off the capital, Tripoli, the coast guard said in a separate statement.

The coast guard said it had also rescued 181 others, including 24 women and nine children, in a separate incident off Tripoli. The migrants were on two rubber boats, Gassim said.

The migrants hailed from both African and Middle Eastern countries, he said.

The three groups were intercepted Monday. All of them were given humanitarian and medical aid and were handed over to anti-migration authorities in the town of Tajoura and Tripoli, Gassim said.

The interceptions came a day after the U.N. refugee agency said it is looking into possible violations of international law involving the transport to Libya of 108 migrants rescued at sea by an Italian-flagged mercantile ship.

The U.N. High Commissioner for Refugees in Italy said on Twitter that Libya is not a secure port, making such a transfer a violation of international law.

An Italian lawmaker aboard a rescue ship operated by a non-governmental organization, Nicola Frantoianni, said on social media that they had proof that the ship, Asso Ventotto, was taking the migrants to Libya, calling it “a very serious precedent” if ordered by the Italian coast guard.

Responding to the suspicions, Interior Minister Matteo Salvini said on social media Tuesday that the Italian coast guard was not involved in the rescue, which was coordinated by the Libyan coast guard.

Libya has emerged as a major transit point to Europe for those fleeing poverty and civil war elsewhere in Africa and the Middle East. Traffickers have exploited Libya’s chaos following the 2011 uprising that toppled and later killed longtime dictator Moammar Gadhafi.

Libyan authorities have stepped up efforts to stem the flow of migrants, with assistance from European countries, who are eager to slow a phenomenon that far-right wing parties have seized upon to gain electoral support.