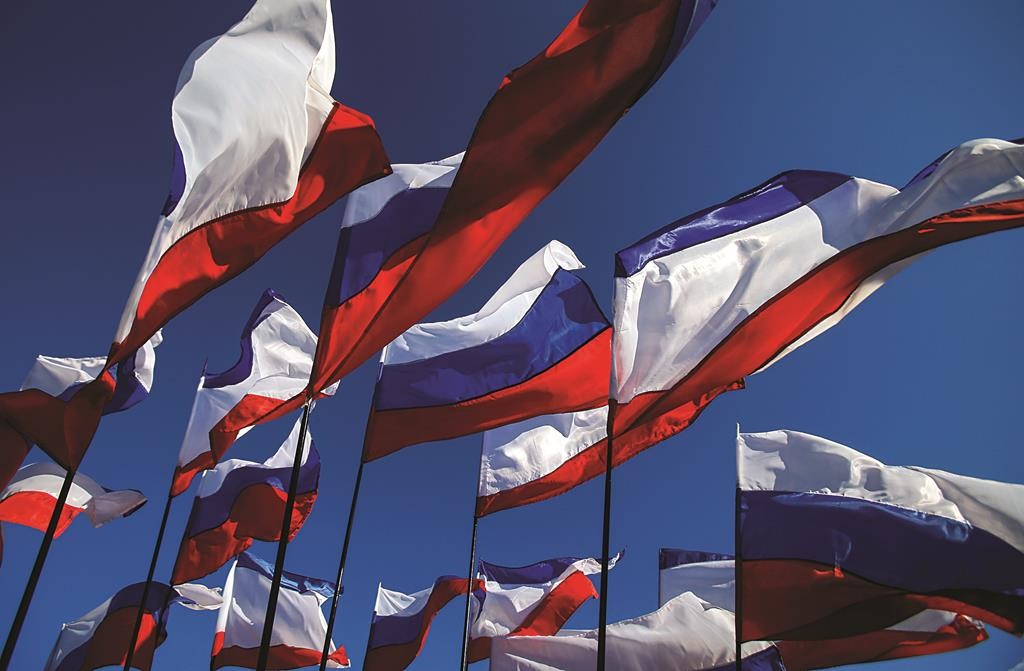 The European Union has imposed asset freezes on six Russian firms for their involvement in the construction of a new road-and-rail bridge linking Russia to the annexed Crimean Peninsula, which the bloc says is illegal.

Russia seized Crimea from Ukraine in 2014 after Ukraine’s pro-Russian president was toppled in an uprising. The West condemned the seizure as an illegal annexation and imposed sanctions on Moscow.

After the annexation, the Kremlin ordered the building of a $3.6 billion bridge to link the peninsula to Russia.

The bridge, part of which was unveiled by Russian President Vladimir Putin in May, has drawn strong rebukes from the EU which says it is a further violation of Ukraine’s sovereignty.

A statement from the EU Council, which sets the bloc’s foreign and security policy, named six firms that will have their assets in the EU frozen. EU persons and entities will not be able to make funds available to them, it said.

“Through their actions they supported the consolidation of Russia’s control over the illegally annexed Crimean Peninsula, which in turn further undermines the territorial integrity, sovereignty and independence of Ukraine,” the Council said.

Russia criticized the sanctions, saying they targeted people living on the peninsula.

“This is a policy of undermining, directed against Crimea’s residents,” Russian Foreign Ministry spokeswoman Maria Zakharova was quoted as saying by TASS news agency.

Rotenberg brushed aside the sanctions in a social media post, saying work was underway to complete the railway section of the bridge.

“We’re all proud of our work and if someone doesn’t like it that’s not our problem,” a spokesman for Rotenberg quoted him as saying.