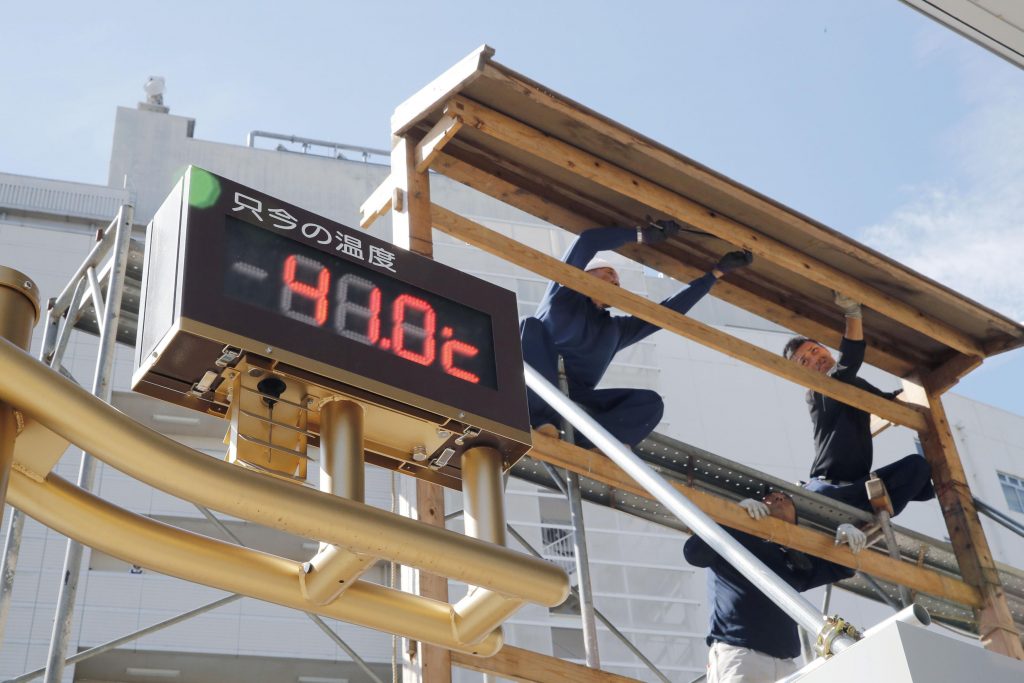 The temperature rose to a record 41.1 Celsius (106 Fahrenheit) in a city northwest of Tokyo on Monday, as a heat wave in Japan that has killed at least 23 people and sent thousands to hospital showed no sign of significant easing.

The temperature was recorded in Kumagaya, in Saitama prefecture, topping the previous high of 41 degrees Celsius in the western prefecture of Kochi in August 2013, the Japan Meteorological Agency said.

Records go back to varying dates for different cities, with data for Kumagaya starting in 1896.

Japan has been battered by intense heat for close to two weeks but the mercury soared on Monday, breaking above 40 (104 Fahrenheit) in one part of the broader Tokyo metropolitan area, while the center of the capital marked a high of 39 (102.2 Fahrenheit) in the early afternoon.

According to the Fire and Defense Management Agency, which issues weekly data, 12 people had died from the heat as of July 15, the latest available figures. Media reports say at least 11 more died this past Saturday alone, while thousands have been taken to hospital.

Among the dead was a primary school boy who collapsed after a field trip to a park 20 minutes’ walk from his school.

Temperatures in the ancient capital of Kyoto marked a record last week of seven straight days above 38 degrees (100 Fahrenheit) , hitting 39.8 (103 Fahrenheit) on July 19, and prompting the city to cancel one of its biggest annual tourist events, a parade for the Gion Matsuri, on Sunday.

The heat, due to a layering of two high pressure systems over much of Japan, is expected to ease slightly this week but temperatures of around 33 (92 Fahrenheit) are expected.