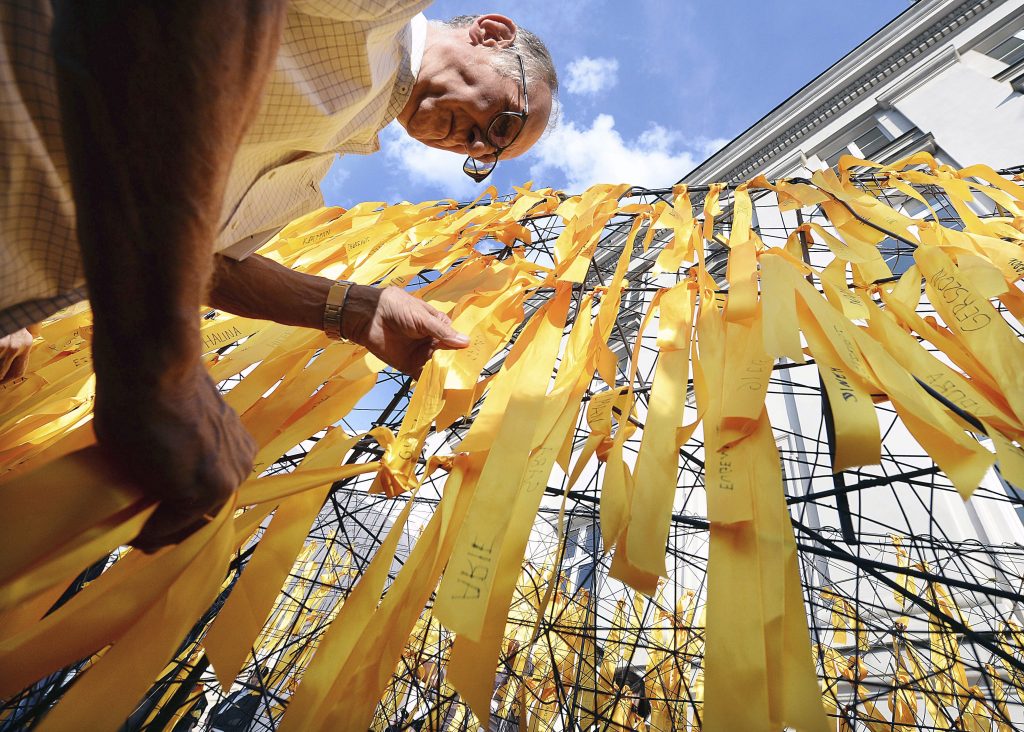 Israel’s ambassador to Poland has joined Warsaw residents in recalling the first mass deportations of Jews from the Warsaw Ghetto and in honoring a Jewish activist who took his own life while despairing the world’s indifference to the Holocaust.

The March of Remembrance got underway Sunday at Umschlagplatz Memorial, the site where Nazi Germans occupying Poland started in July 1942 putting Jews on trains to the Treblinka death camp.

The marches have been held each year since 2012 in memory of Warsaw’s Jewish community, which was Europe’s largest before World War II.

This year’s event was dedicated to Szmul Zygielbojm, who killed himself in London in 1943. After fleeing Poland, Zygielbojm publicly relayed what he was hearing about the Jewish genocide in Nazi-occupied Poland and begged Allied leaders to help.