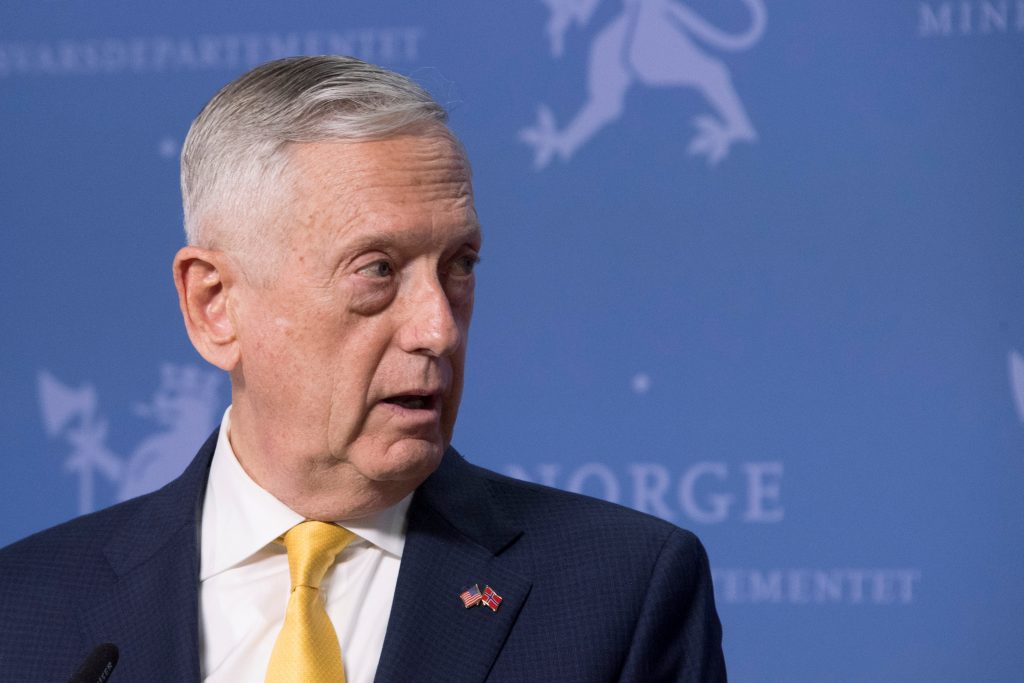 Defense Secretary Jim Mattis is open to the possibility of the first talks since 2015 between the defense chiefs of the United States and Russia, a move that would deepen communication between Washington and Moscow, U.S. officials said.

The possibility of talks surfaced after Monday’s controversial summit in Helsinki between U.S. President Donald Trump and Russian President Vladimir Putin, in which they sought an end to years of strained relations. Trump was heavily criticized at home for not holding Putin accountable in Helsinki for meddling in the 2016 U.S. election, an allegation that Moscow denies.

Discussions between Mattis and Russian Defense Minister Sergei Shoigu would be another step toward creating more regular top-level political talks between the two nuclear powers, whose relations have deteriorated in recent years to the worst point since the Cold War.

Two U.S. officials, speaking to Reuters on condition of anonymity, said Mattis was open to the possibility of talks. They did not suggest he was actively seeking discussions with Shoigu, either in person or by telephone.

The Pentagon declined comment. It said it had not received any invitation from Moscow for talks, despite remarks last week by Shoigu suggesting Mattis had rebuffed invitations, and no plans for any talks have been made.

Mattis, an outspoken critic of Moscow who placed threats from Russia and China at the center of last year’s U.S. National Defense Strategy, has not been publicly opposed to dialogue, however.

Last month, Mattis flew to China for talks with senior officials in Beijing, including Chinese President Xi Jinping. He was firm with Chinese officials over U.S. concerns about Chinese military activities, including in the disputed South China Sea, even as he sought to build ties, officials said.

Since 2015, the highest-level military discussions have been between the chairman of the Joint Chiefs of Staff, Marine General Joseph Dunford, and Russian Chief of the General Staff General Valery Gerasimov.

Dunford, who is subordinate to the defense secretary, and Gerasimov spoke by phone on June 14 and in person in Helsinki on June 8 for their third face-to-face meeting.

But like Gerasimov, Shoigu, a long-time Putin loyalist, also enjoys a high profile in Russia. Shoigu has even been considered a possible presidential stand-in if Putin, who won a fourth term in an election in March, had to step down suddenly and was unable to serve out a full six-year term.

The Russian military is reaping political dividends from what the Kremlin saw as its big successes in Crimea, annexed from Ukraine in 2014, and Syria, where Russian forces helped turn the tide of a civil war in Moscow ally President Bashar al-Assad’s favor in 2015.

Shoigu is a critic of the United States and was quoted last week telling an Italian newspaper that Russia would always work to counter what he described as America’s “neocolonialism strategy.” Shoigu said the strategy was aimed at destabilizing countries like Iraq and Libya for U.S. financial gain.

Former U.S. officials said former President Barack Obama’s last two defense secretaries – Chuck Hagel and Ash Carter – came to the conclusion after attempts to hold meaningful dialogue with Shoigu that the discussions were not worth their time.

Derek Chollet, a former senior Pentagon official who was present during talks with Shoigu under the Obama administration, doubted that Mattis would find any discussions very productive.

“Perhaps Mattis feels as though he has to test the proposition for himself, but I don’t hold out much hope that he’s going to get anywhere. If anything, he could expose himself as out of step with his boss,” Chollet said, referring to Trump.

“If he sends a tough message to the Russians, and they say: ‘that’s very interesting but your boss doesn’t agree,’ then that’s going to be an interesting conversation.”

On his trip to Europe last week for a NATO summit, a visit to staunch U.S. ally Britain and then Helsinki, Trump said not a single disparaging word in public about Russia on any of the issues vexing relations, but he did chide NATO members for not spending enough on shared defense.