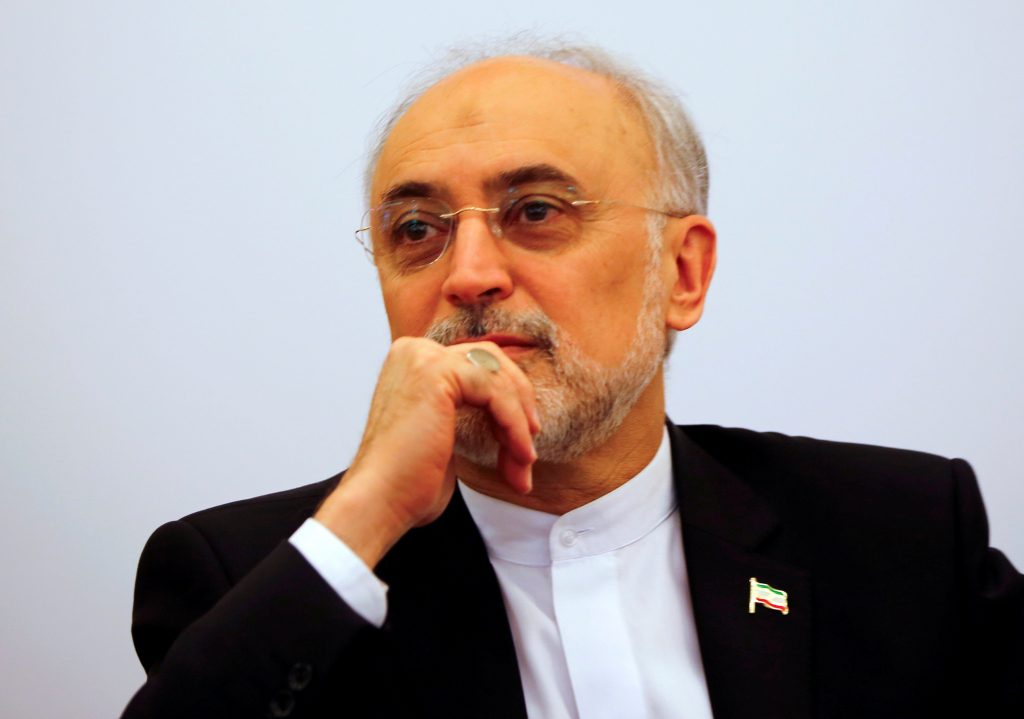 Iran has built a factory that can produce rotors for up to 60 centrifuges a day, the head of its atomic agency said on Wednesday, upping the stakes in a confrontation with Washington over the Islamic Republic’s nuclear work.

The announcement came a month after Supreme Leader Ayatollah Ali Khamenei said he had ordered agencies to prepare to increase uranium enrichment capacity if a nuclear deal with world powers falls apart after Washington’s withdrawal from the pact.

Under the terms of the 2015 agreement, which was also signed by Russia, China, Britain, France and Germany, Iran agreed to curb its nuclear program in exchange for sanctions relief.

The other signatories have been scrambling to save the accord, arguing it offers the best way to stop Iran from developing a nuclear bomb.

Iran has said it will wait to see what the other powers can do, but has signaled it is ready to get its enrichment activities back on track. It has regularly said its nuclear work is just for electricity generation and other peaceful projects.

Ali Akbar Salehi, the head of the Atomic Energy Organization of Iran, said the new factory did not in itself break the terms of the agreement.

“Instead of building this factory in the next seven or eight years, we built it during the negotiations but did not start it,” Salehi said, according to state media.

“Of course, the [Supreme Leader] was completely informed and we gave him the necessary information at the time. And now that he has given the order this factory has started all of its work.”

The factory would have the capacity to build rotors for up to 60 IR-6 centrifuges per day, he added.

Last month, Salehi announced that Iran has begun working on infrastructure for building advanced centrifuges at its Natanz facility.