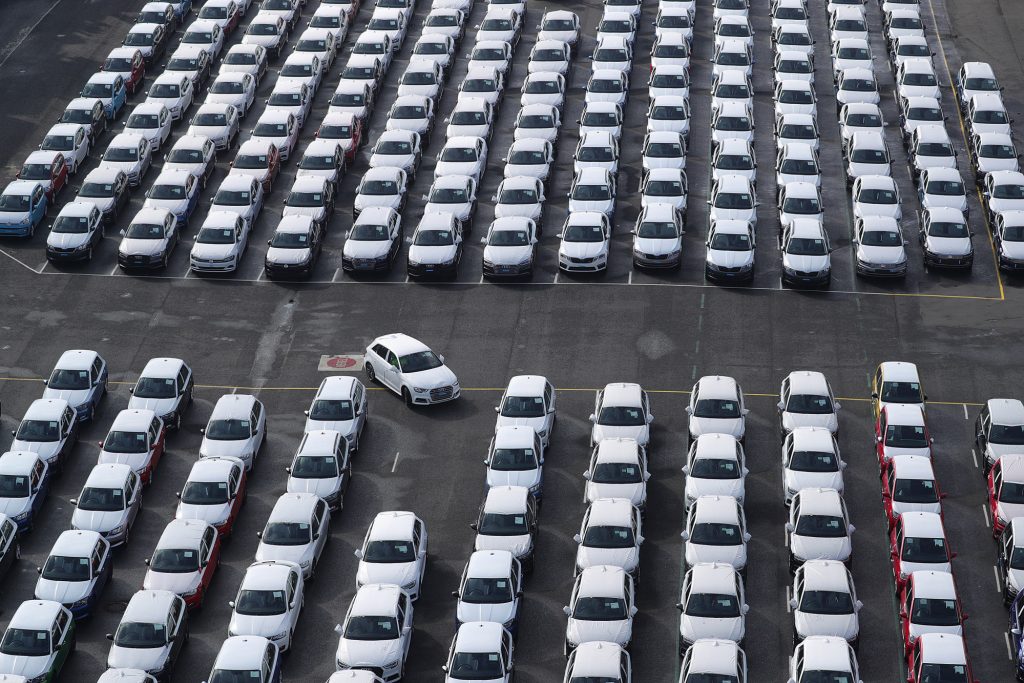 European Commission President Jean-Claude Juncker will meet President Donald Trump in Washington next week to explore the possibility of starting negotiations on reducing car tariffs for several key trade partners, according to two people with knowledge of the plans.

Juncker will likely signal the EU’s willingness to consider a deal that cuts levies on cars and car parts among all the major automobile-exporting countries, said one of the officials, who asked not to be identified because preparations for the meeting are ongoing. Such a deal, which would have the potential to upend the auto industry, would take time to complete and officials said they aren’t optimistic Trump would accept it.

The EU is seeking to head off a U.S. probe into whether imports of cars and car parts damage national security, which could culminate in a Trump proposal to impose a 20 percent tariff on autos. Washington has already hit the EU with duties on its steel and aluminum exports using the same national-security justification. Juncker is seeking to tamp down the brewing conflict a month after the 28-nation bloc imposed levies on 2.8 billion euros ($3.3 billion) of American imports due to the metal tariffs.

“Generally speaking, we support the reduction of tariffs and other trade barriers when they’re mutually applied and in line with WTO rules,” Sandra Courant, a spokeswoman at German auto lobby group VDA, said on Wednesday, declining to comment on next week’s meeting. “We welcome talks and the end to a further escalation.”

EU member states are divided on the next course of action, according to the other official. Germany, which shipped 640,000 cars to the U.S. last year, is eager to negotiate a solution with President Trump while French officials consider the new auto tariffs a foregone conclusion.

While some member states, including France, resist such a sweeping global deal on cars, there’s no other legally possible concession the bloc can offer to appease Trump, according to one of the officials. Even as Juncker won’t have a mandate to make a binding offer to Trump; he will float this option as this is the solution that the EU’s executive arm considers to be realistic, the official said.

German Chancellor Angela Merkel said in a July 5 speech that the EU could reduce car tariffs as part of a broad free-trade agreement, which would have to include about 90 percent of commerce between the two regions. Alternately, the EU and U.S. could lower duties, which would be offered to all other WTO partners, she said.

Juncker’s visit comes after Trump singled out the bloc as a “foe” of the U.S, in comments highlighting the increasing strain in trans-Atlantic ties. Since Trump’s election, the pillars of the West have parted ways in many key areas of policy, including the Paris agreement on climate change, the Iran nuclear accord, and the Middle East peace process.

Even as the EU’s executive arm has angered Washington by imposing levies on iconic American brands such as Harley Davidson and Levi’s jeans, its flamboyant head has refrained from personal attacks on the U.S. president, thus keeping channels of communication open. In contrast, EU Council President Donald Tusk, who chairs the meetings of the bloc’s leaders, has been among the harshest critics of Trump.

“America and the EU are best friends,” Tusk said last week. “Whoever says we are foes is spreading fake news.”

The EU isn’t allowed under global rules to reduce its 10 percent tariff on American cars unless it either does so for WTO members as a whole or reaches a bilateral accord with the U.S. that covers “substantially all” two-way trade. A plurilateral deal modeled after the Information Technology Agreement, which abolished tariffs on some IT products traded between its signatories, is allowed under WTO rules.

Plurilateral accords involve a group of like-minded countries that are typically limited to specific sectors of goods or services. The WTO permits these types of negotiations as long as the benefits are provided to all WTO members on a most-favored nation basis. It is faster and less burdensome to negotiate these accords rather than multilateral deals because they don’t require the approval of all 164 WTO members.

Earlier, when the EU unsuccessfully sought a permanent waiver from Trump’s metals tariffs imposed in March, the bloc said it was willing to start negotiations with the U.S. on a relatively narrow trade deal focused on eliminating tariffs on industrial goods, including cars. That offer went nowhere, according to European officials.