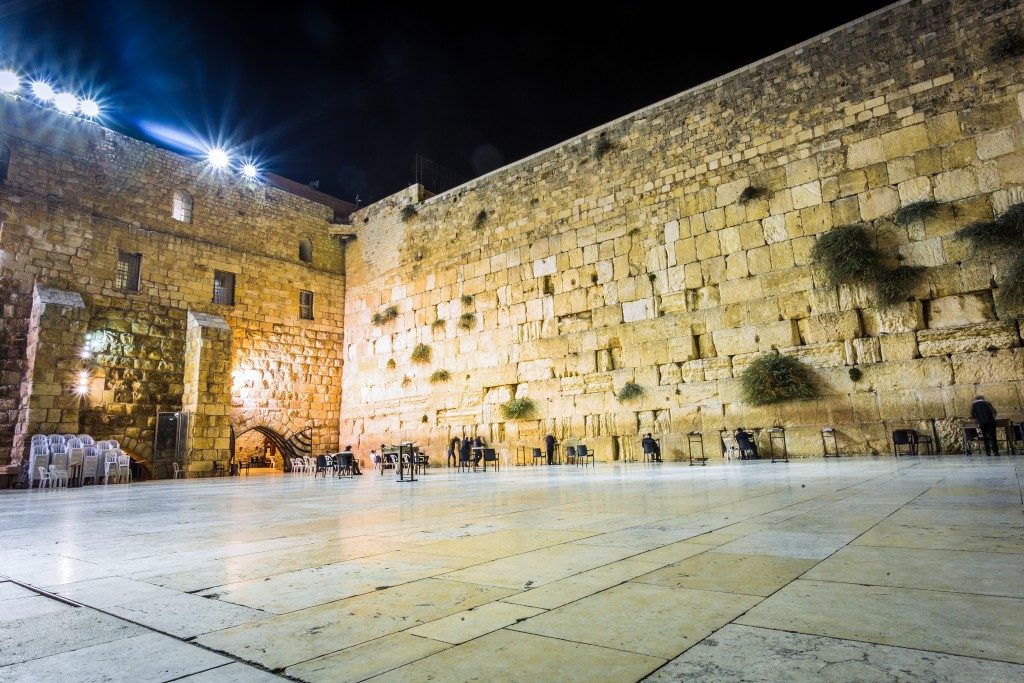 In the past week, Jews in the north and south of Israel have had their routines disrupted by the wail of sirens ordering them to grab their children and seek refuge in the nearest bomb shelter.

Last Wednesday, a drone from Syria infiltrated Israeli air space and traveled 10 kilometers before being brought down by a Patriot missile over the Kinneret. A few months ago, an armed Iranian drone was intercepted over Israeli air space.

The Syrian army, joined by Iranian forces, is making its way toward Israel’s northern border as it takes back land seized by rebels in its seven-year-old civil war. The reality of Iranian troops within firing range of the Jewish communities on the Golan Heights and of the city of Teveria is cause for tension and concern.

The instability is compounded by the presence along Israel’s border of thousands of Syrian refugees who have been evicted from their homes in the Daraa region, but blocked from entering Jordan.

The situation in the south is even more frightening. For more than three months, Jewish families living near the Gaza border have been terrorized by increased mortar and rocket fire and by incendiary kites and balloons that have set fires in fields and groves and nature preserves, and made the air heavy and unpleasant to breathe.

As one mother noted, what was once a pleasant sight for her children, kites and balloons, has become the source of trauma, as they are forced to watch them fly by slowly and fear that they will land nearby and cost them their homes or their family’s source of income.

This past Shabbos saw nearly 200 rockets and mortars fired at the south, including one that hit a home in Sderot, wounding the entire family.

A ceasefire has been declared in the south, but parents know that all it takes is one “renegade” terror group or one lone terrorist with $4 in his pocket to purchase a kite, to violate the agreement and spark a war.

It isn’t just Israel’s external enemies that threaten the country’s sense of wellbeing, but the internal ones. A battle is taking place in the Knesset over legislation that ensures the ability of all yeshivah students to continue their Torah learning on a full-time basis.

All of this, on top of a series of earthquakes last week that could, chalilah, signal the imminent arrival of the “big one,” reminds us of just how vulnerable we are. And that’s not a bad thing. In fact, it’s most appropriate for this time of year, the Nine Days.

There’s a famous discussion in the Gemara regarding what it will take to bring Moshiach. Rabi Eliezer says that if the Jewish people do teshuvah, they will be redeemed; otherwise, they won’t.

Rabi Yehoshua says that can’t be. It’s impossible that there won’t be redemption. And therefore, while he agrees that the Jewish people must do teshuvah for Moshiach to come, if they don’t, Hashem will bring a king with difficult decrees like Haman, and this will force the Jews to do teshuvah.

There are many reasons why we have to cope with difficulties, both individually and collectively. What they all have in common is that the difficulties are for our own good, they are tailor-made for us, and their purpose is to help us better ourselves, either in terms of giving us the challenge we need to grow and achieve our purpose, or to prevent the need for punishment in the eternal world, or to get us to do teshuvah so that we can merit the redemption and the arrival of Moshiach.

We can’t live with a constant awareness of all the dangers that surround us. It would be paralyzing. At the same time, to be oblivious to the dangers is to forgo the opportunity that our Creator is giving us to draw closer and do teshuvah.

We have to find the right balance. But there’s no doubt that in these days, when we mourn the absence of the Beis Hamikdash and yearn for its rebuilding, we need to be aware of the dangers, both physical and spiritual, and turn that vulnerability into an opportunity to do teshuvah and bring redemption speedily in our days.