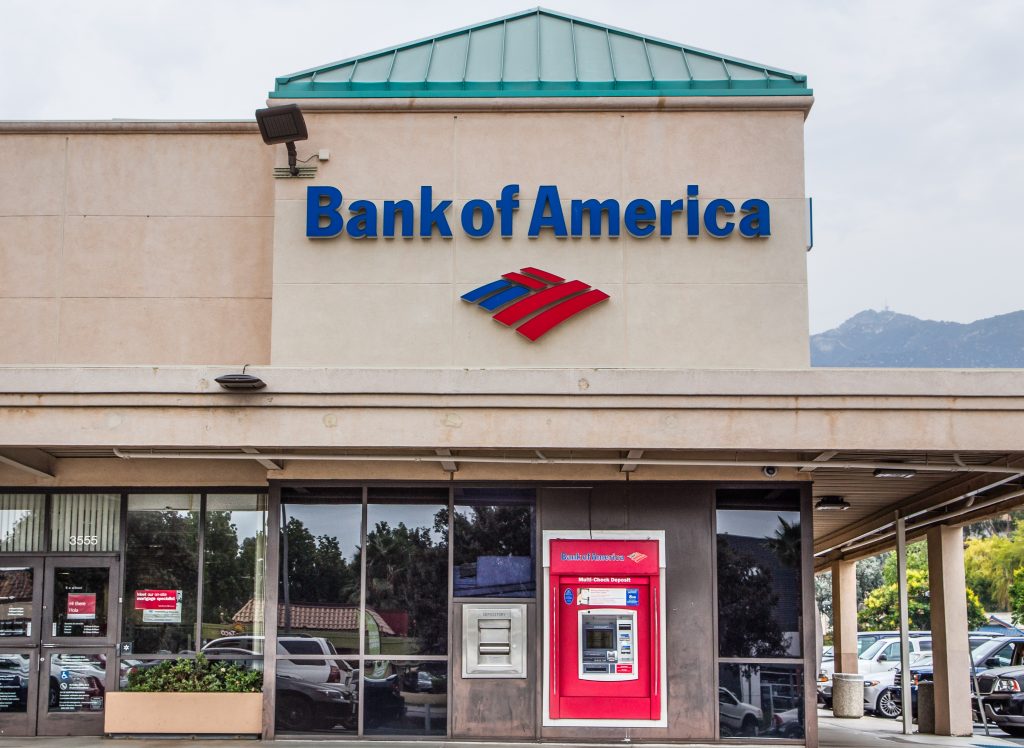 U.S. consumers are levering up again, and Bank of America Corp. is using that, along with cost cuts and lower taxes, to boost profit.

The company’s consumer unit posted its highest earnings in more than eight years in the second quarter, helping the lender top analysts’ estimates. Loans in that business climbed 6.6 percent compared with a year earlier, according to a statement Monday, outpacing growth at the company’s three largest rivals.

Total household debt in the U.S. hit a record this year, according to the Federal Reserve Bank of New York. That comes as the Fed raises interest rates, giving banks the opportunity to capture a bigger lending margin while also raising questions about individuals’ ability to keep up with their debt payments.

“Our consumer activity is the highest it’s been in many years,” Chief Executive Officer Brian Moynihan told analysts on a conference call. “Everything shows us that the consumer-driven U.S. economy is in very good shape.”

Dean Athanasia, co-head of the lender’s consumer and small-business operation, said last month that the bank was keeping a close eye on individuals’ debt levels, but so far has seen credit quality remaining at comfortable levels.

Moynihan has been slashing costs to try to match rivals’ profitability. Expenses in the second quarter dropped 5 percent to $13.3 billion. Moynihan said the company would invest an extra $500 million in technology in coming quarters, some of which came from corporate tax cuts enacted by the Trump administration.

The bank also benefited from a surprise jump in fixed-income trading, as revenue in that business increased 1.6 percent to $2.29 billion. Equities-trading revenue rose 17 percent.

Chief Financial Officer Paul Donofrio gave a desk-by-desk analysis to explain how the bank managed to increase trading revenue for the quarter even after Moynihan predicted in late May that it would be flat. Bank of America’s traders benefited from more customer activity in currencies, commodities, shorter-duration government bonds and futures, the CFO told journalists on a conference call. The equities derivatives and related financing activities were better, offsetting a continuing squeeze on cash-stocks trading, he said.

Fees from advising on mergers and acquisitions dropped 37 percent in the quarter, while revenue from those operations climbed at JPMorgan Chase and Citigroup. Bank of America has been tamping down risk in its investment bank this year, prompting some dealmakers to feel the firm is missing out on business, Bloomberg reported last month.

“We know we can do a better job there and the team is working on it,” Moynihan said.

Net interest income climbed 5.2 percent to $11.8 billion, but was little changed from three months earlier even after a Fed interest-rate hike in late March and another in mid-June. Net interest margin, the difference between what a bank charges borrowers and what it pays depositors, fell 1 basis point to 2.38 percent. Analysts had expected it would remain unchanged.

Bank of America “continues to do almost everything they said they’d do and we continue to like the stock, but just would love to see big banks make lots more money as rates rise,” Glenn Schorr, an analyst at Evercore ISI, wrote in a note.

Here’s a summary of Bank of America’s results:

– Revenue surpassed analysts’ expectations at $22.6 billion, though it dropped 1 percent. The firm took a $729 million charge for retiring early about $3.5 billion of trust preferred securities and offset roughly three-quarters of the cost by selling non-core mortgages.

– Provision for credit losses fell 1 percent from the first quarter to $827 million, better than analysts expected, as the ratio of non-performing loans dropped for the third time in the past four quarters.

– Profit in the wealth-management division, which spans the firm’s Merrill Lynch and U.S. Trust brands, climbed 20 percent to $968 million as client balances and the number of financial advisers rose. Donofrio said adviser attrition was at a low and those workers “reacted constructively” to a new compensation plan.