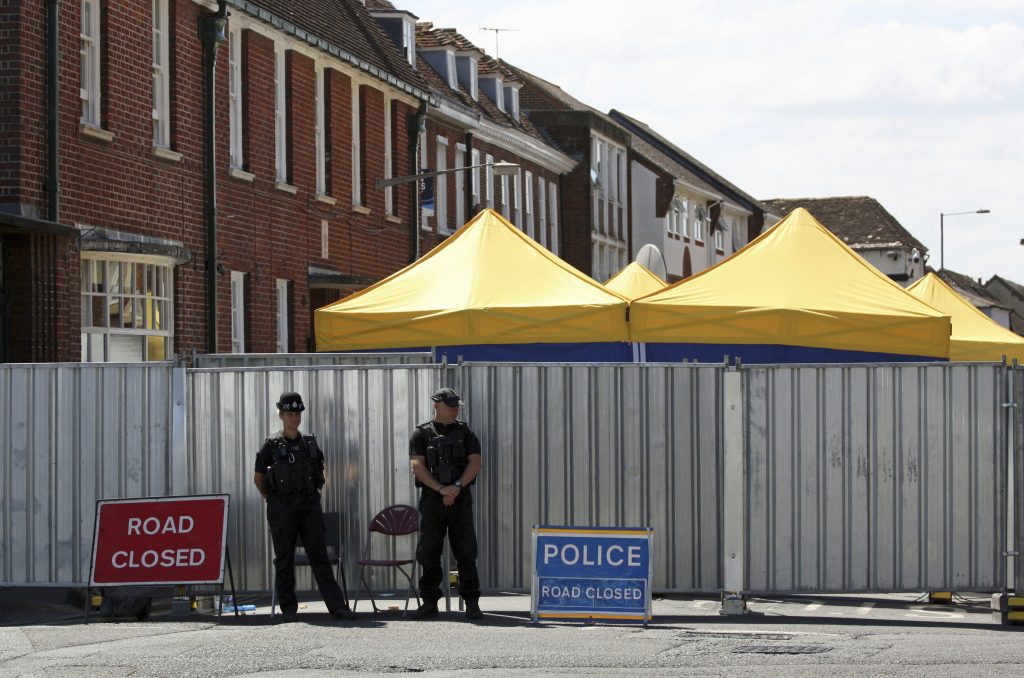 British counterterrorism police said on Saturday they had recovered more than 400 items as part of their investigation into the murder of a woman in southwest England who was poisoned by the Novichok nerve agent.

Dawn Sturgess, 44, died on July 8, just over a week after being exposed to Novichok near the city of Salisbury where Russian double agent Sergei Skripal and his daughter Yulia were struck down with the same poison in March. The Skripals subsequently recovered.

45-year-old Charlie Rowley from Amesbury, a town a few miles from Salisbury, is still recovering in the hospital after falling critically ill at the same time.

On Friday the police said they had recovered and identified a small bottle in Rowley’s house, which they believe was the source of the contamination.

They said on Saturday “a significant number [of the 400-odd items recovered] are potentially contaminated” and they have been submitted to laboratories for analysis.

“Work is ongoing to establish whether the nerve agent is from the same batch as used in the attack against Sergei and Yulia Skripal in March, and this remains a main line of enquiry for the investigation team,” the police said in a statement.

Britain and its allies blamed Russia for the attack in March on the Skripals, prompting the biggest Western expulsion of Russian diplomats since the Cold War. Moscow has rejected the accusations and has hit back by expelling Western diplomats.

The Russian embassy in London called on Britain on Saturday to share information about the substance used in the poisoning.

“We would like the British side to share with us the information regarding the type of substance used and the correlation between this incident and other mysterious poisonings happening in the vicinity of the secret military chemical laboratory in Porton Down,” it said in a statement posted on its website before Saturday’s police statement.

Britain has invited independent technical experts from the international chemical weapons watchdog to travel to the U.K. early next week to independently confirm the identity of the nerve agent, the British Foreign Office said on Friday.

An inquest into Sturgess’s death is set to open and adjourn in Salisbury next Thursday.